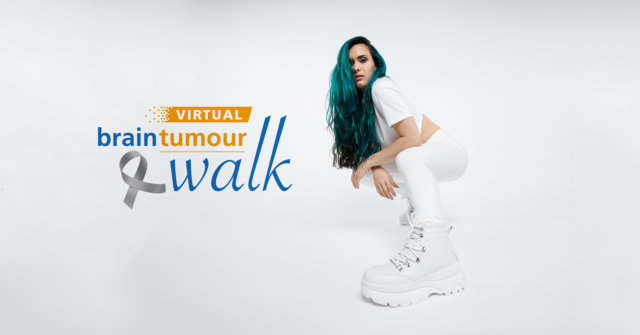 Christee will be performing on Facebook Live beginning at 3pm. She was originally slated to perform at the 2020 Toronto Brain Tumour Walk event, so it’s a special treat to have her perform for our community virtually. The concert will be streamed live on Christee’s facebook page.

To register for the 2020 Virtual Brain Tumour Walk, visit www.braintumourwalk.ca.

About Christee:
Her first single “Harden My Heart” was released in October 2018, approaching 120,000 streams and attracting over 10,000 monthly listeners worldwide on Spotify.
Her second single “Love Me in the Dark” released February 2019, now approaching 115,000 streams on Spotify.
Christie’s EP “Harden My Heart” was released July 5th, 2019. Christee’s song “Wrong to Say Goodbye” was featured on New Music Friday Canada, New Music Now, and It’s a Bop on Spotify.
She has opened for pop/rap artist Sean Kingston, the Indie Awards at the Phoenix concert theatre in Toronto, as well as Walk Off The Earth at Caesars Windsor, and Centre in the Square in Kitchener to sold out shows.

Back to Top
Next Event