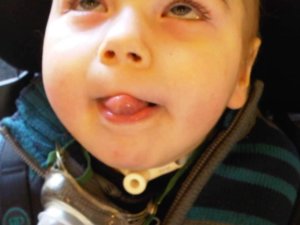 A beautiful boy welcomed by his family. An eagerly awaited and much-anticipated baby. Jax was an adventurous, fun-loving toddler, and a sidekick for his big brother TJ.

On August 2, 2010, a few short months before his 2nd birthday, the unthinkable happened. The world turned upside down. Jax was diagnosed with medulloblastoma, brain cancer, and our warrior’s battle began.

To fight the two tumours threatening his life, Jax received stem-cell treatment along with his first round of high-dose chemotherapy. His second round of chemo and radiation followed not long after. Through it all Jax persevered. 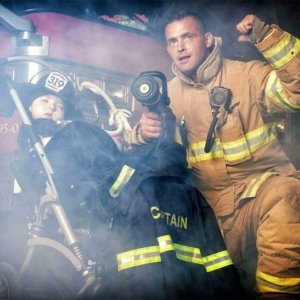 Despite all the odds, despite what medicine and science said, he fought, and he won. With his mom Candace by his side, Jax would spend a total of 3 years in inpatient care, winning the hearts of doctors and nurses.

He was Action Jaxson the fighter. A huge spirit in a small body. His treatments left him vented and trached but that didn’t stop Jax. He knew what he wanted, loved his family, his dogs, and flashing lights. He loved Dallas Green and his Jaxinisms, keeping everyone on their toes. 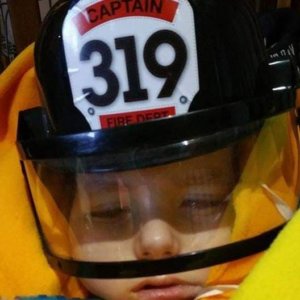 London Firefighters carried him on his final call, acting as his pallbearers and taking a knee for this incredible soul. Jax was given a hero’s send-off. Against all the odds this Firefighter lived 10 years, full of hope, miracles, and unparalleled strength.

Jaxson left a huge imprint on this world.

This was written to honour the brave battle this courageous young soul fought, and ultimately lost.

If you wish to honour Action Jaxson and provide hope to those whose battle lies ahead of them, please donate. Thank you.