It was Bob Marley who said, “You never know how strong you are, until being strong is your only choice.”

As I continue through this journey, and sit here and try to reflect, I realize that there is no one way to deal with what has been thrown at us and what is to come.

My symptoms started in December of 2013. I have always been prone to migraines, so I didn’t think much of having an increase in those. But I began experiencing tingling in my left hand and foot. Eventually things would just go completely numb.

My family doctor diagnosed pinched nerves, but by mid-March my vision was being affected. I was seeing spots and dimming of my peripheral vision.

On April 10 I had another appointment with my family doctor, and she suggested I go to my optometrist. On April 11 there happened to be a cancellation and that’s when my story really begins, the day everything snowballed. 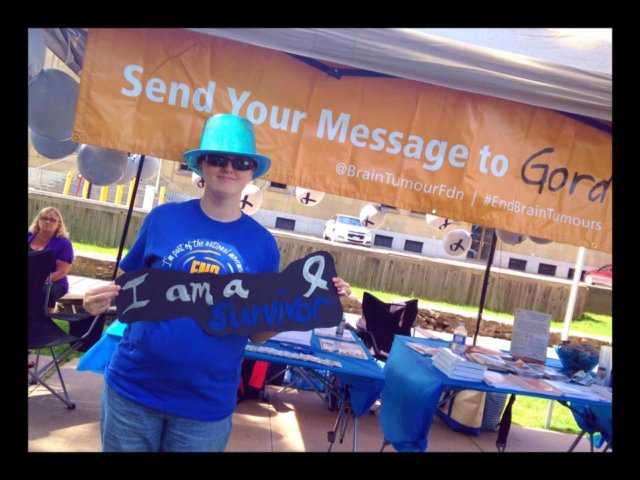 I started the day at the optometrist, who noticed a major difference in the size of my optic nerves. She referred me to an ophthalmologist, who saw me that day and pressed to get me an MRI appointment for that same afternoon.

After waiting a few hours to be scanned, another couple of hours for results, and for the ophthalmologist to consult with the neurologist, I was finally pulled into an ER room to be examined by another doctor. Meanwhile, my dad was pulled out to talk to a neurologist.

At this point I was answering the same questions for the sixth time and thinking,”how serious can it be? Is it a cyst, an aneurysm, or some other sickness?”

When the doctor came in with my father I was told, at the age of 24, that there was an unknown mass inside my brain. I would be transferred to another hospital shortly to be seen by a specialist that night. It was my first ride in an ambulance, and I thought “hey, at least I’m conscious for it.”

I spent the next hour talking and joking with my ambulance attendants on the hour-long drive.

Once I arrived at the new hospital, I was admitted directly into the Neuro ICU (it was the only bed they had available). My neurosurgeon turned out to be the head neurosurgeon at the hospital. He stayed well beyond the end of his workday to be there when I arrived. 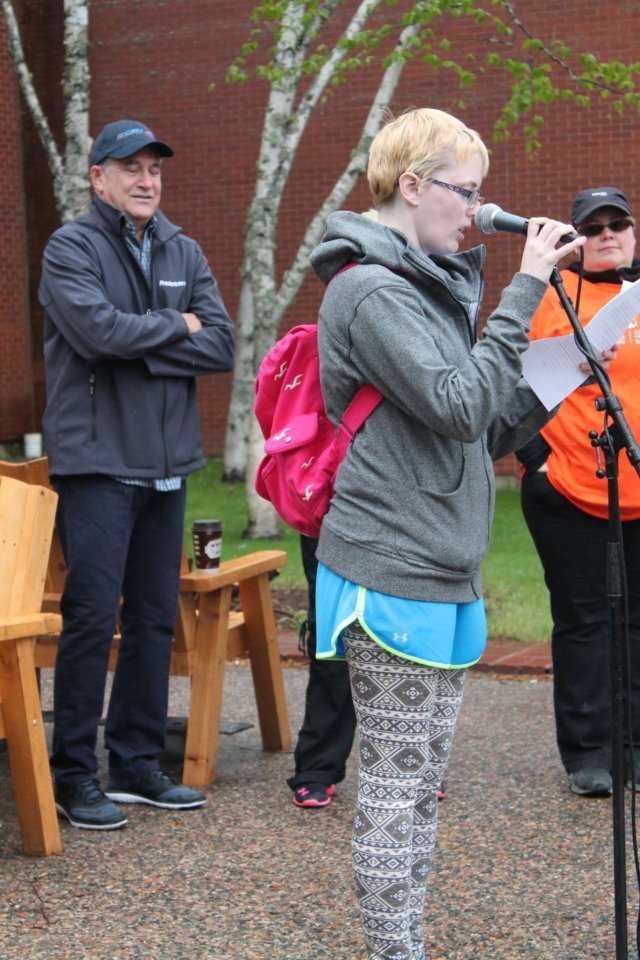 He came into my curtained area and sat at the bottom of my bed. He said there was no easy way to say it, but he had seen enough in his career to be confident that the mass was a tumour. We just didn’t know what grade or type.

My next move was to lie to myself, “It’s harmless! Just a major inconvenience.” My parents traveled to the hospital as well, and my surgeon again proved his awesomeness by waiting for them to arrive in case they had questions of their own.

I was in the hospital for a total of 11 days.  I was diagnosed on April 11, had surgery on the 16th, and was released on the 22nd. I happened to arrive on a weekend and my surgery was right before Easter weekend, so all tests and final evaluations were delayed due to weekends and holidays.

Before surgery, the doctors believed that my tumour was an Oligodendroglioma. After surgery the official Diagnosis was Stage 4 Glioblastoma Multiforme, the same highly aggressive tumour that Gord Downie and a number of other high-profile people have fought and lost battles to.

I started my seven weeks of radiation therapy on May 8 along with oral chemotherapy, Temodal (known as Temodor in the US). Unfortunately my dosages needed to be adjusted a few times at first.

Too high of a daily dose for me caused fever and vomiting. I also became very lethargic. Fast forwarding through a month of rest at home and being away from my retail job of Canadian Tire for four months, I returned to work in mid-August. I worked, slept, took chemo for five days every 21 days.

I found a calendar and marked out the cycles. I ended up taking the later portion of those cycles off from work due to fatigue. 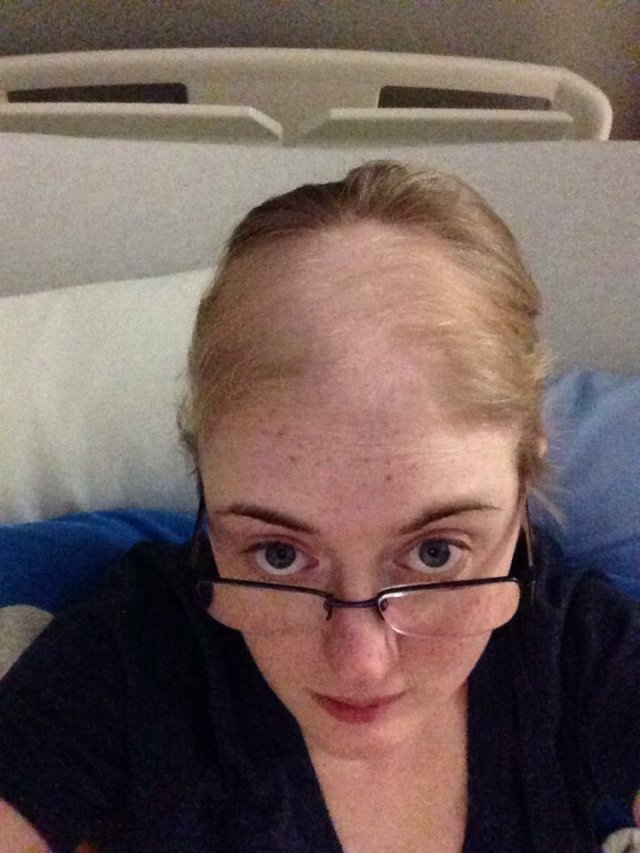 During the summer months I found myself wanting to speak with people, who may have also gone through what I just had. I started searching for online chat groups, message boards, etc. I forget how the exact chain of searching went but I came across Brain Tumour Foundation of Canada and their resources.

Unfortunately for me, the local support group was on break for the summer, but that September I ventured out to my first in-person support group and have been a fairly regular attendee since.

I started a new job as a full-time receptionist in July of 2015. I was taken fully off my meds that May, but after only a brief medication vacation I unfortunately had some minor regrowth and new tumours showed up and was put back on a small daily dose of Temodal.

Before I knew it, I had been a receptionist for over a year and had made many positive accomplishments for both the company and myself. I bought a new MacBook and a new mattress set. Most importantly, I paid off my student loan once and for all!

On August 30, 2016 I made the hard decision to stop working. I needed to take a breath and focus 100 per cent of my time on getting my health back on track.

I have been working on and off, mostly in the summer months, for a company that has been very understanding of my medical situation.

Some people might think it’s ridiculous that I’m not working full-time. I look like a healthy, normal human. They may think that I’m taking the easy way out and taking advantage of my situation.

What they don’t see: my hair is now two different thicknesses and grows at different rates.

I suffer from vasovagal syncope, which means when my body overheats it can cause me to pass out. I don’t always get the warning signs in time to prevent this from happening.

I have had “episodes” – one that mimicked the signs of a stroke – that require my family to rush me to the hospital. I have constant anxiety for numerous reasons, only one of those being that I don’t know how chemotherapy and radiation will affect my health as the years go on.

In the summer of 2018 I started to experience muscle discomfort around my right shoulder blade. I passed it off as an irritated muscle and put off further investigation until that fall. After a slew of X-rays, ultrasounds and finally a biopsy in February 2019, I was diagnosed. I have an Aggressive Fibromatosis, or Desmoid Tumour.

While these tumours are considered benign, treatment meant my body had to undergo another 30 rounds of radiation in efforts to stop it from growing. Unfortunately, although the treatments were shown to have “killed” the tumour, it is slowly and sometimes very painfully dying. 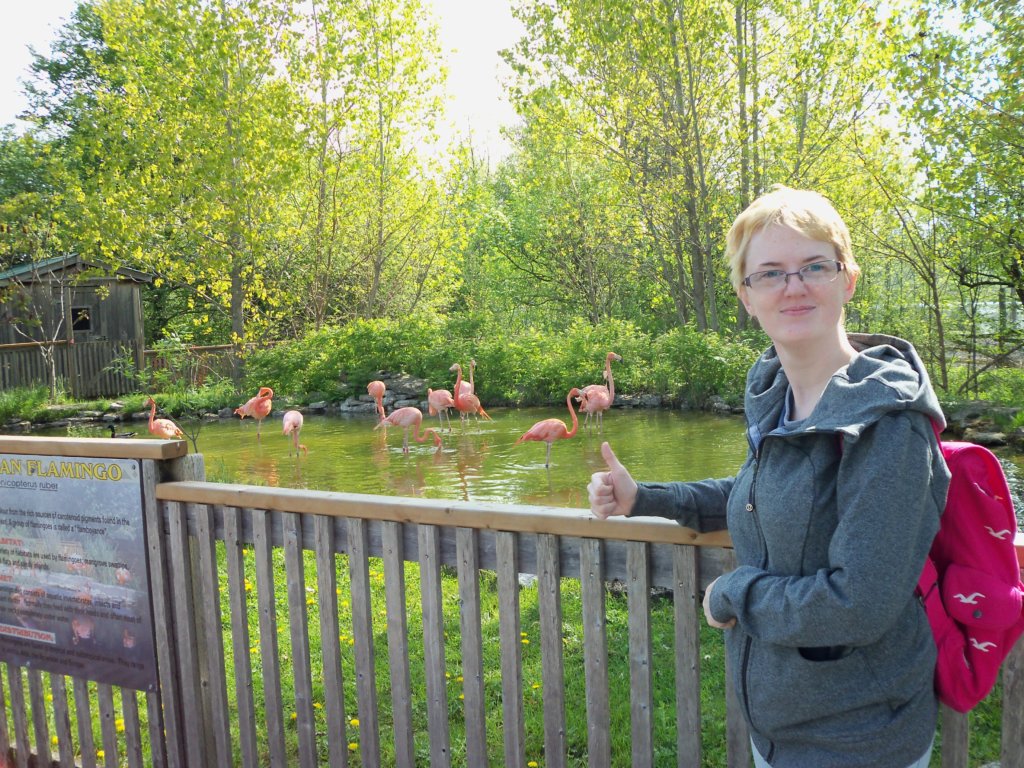 The cause of these tumours is unknown. While this condition is not directly related to the GBM, I cannot help but wonder “Is this somehow caused by my body enduring the cancer treatments?” and, “What else might be coming my way down the line?”

The opportunity to meet with a group of people, who are all on their own journeys, and share our stories, experiences and helpful tips for navigating the healthcare system has been priceless.

I am extremely grateful for the men and women who understand me and what this means, with few words needed to be exchanged. We gather once a month and give updates on our lives and offer our wisdom to each other, one night I was able to help a lady with sharing my experience when applying for the newer provincial drug plan.

The Brain Tumour Foundation of Canada walks are an extension of that, but multiplied!

People from neighbouring cities, who aren’t lucky to have a local group, use this annual event to travel and get that experience, love, and information in one day, that I am lucky to have a monthly opportunity.

This is why I’m fundraising for Brain Tumour Foundation of Canada.

Patients and families need information, support and education. We also need more research. There are too few treatments for this disease and survival needs to be improved.

Every dollar raised through the Virtual Brain Tumour Walk goes towards these goals. I haven’t asked for much over my journey thus far because I have been so blessed with the support of family and friends.

Almost 9 months to the day before my tumour journey started I had lost the gentleman I was dating to a tragic car accident. As things like other medical problems, continue to surface along the way, I stick on that brave face and deal with it. This is my confession that there are also times that I break down in the deep, ugly cries.

While I have spent the ages 24-30 battling cancer and fighting my body to stay alive, I sit back and realize that the people I’ve grown up with have been experiencing a “normal” progression of life. Graduating university, falling in love, getting married, buying houses and having kids. That will all come in time I’m sure, being a religious person I know that there is a plan even though I don’t know what it is and get impatient.

But now is my time to rise up, take advantage of the health that I have, be vocal and raise awareness about this silent, sneaky disease.

Brain Tumour Foundation of Canada is proud to have Katie as our Fredericton face of the 2020 Virtual Brain Tumour Walk. You can donate to Katie’s walk page here.