Characterization of ependymomas into favourable and non-favourable groups based on their 3D nuclear telomere profiles. 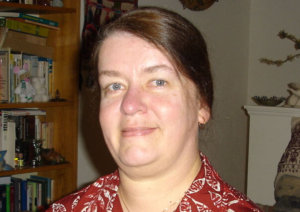 The proposed study focuses on ependymoma, a childhood brain tumour. At diagnosis, it is not possible to know which child will respond to treatment and which child will recur, i.e. if prognosis is favourable or non-favourable. We have developed quantitative tools that may allow for the distinction of good and poor responders at diagnosis.

These tools involve three-dimensional (3D) imaging of telomeres. Telomeres are the ends of chromosomes; they protect the chromosomes from damage and prevent recombination and fusion with other chromosomes (Mai, 2010). Telomere dysfunction therefore is associated with genomic instability and found in many cancers (Mai and Garini, 2006; Mai, 2010).

The data obtained in this study are quantitatively measured, and the output is expected to be a 3D nuclear telomeric profile of each child’s tumour, indicative of favourable or non-favourable disease and will, in the near future, enable for the first time a choice for specific treatments for each child’s ependymoma.