Project Title: “Evaluating the Impact of Dignity Therapy on Quality of Life in Patients with Brain Tumour: A Pilot Study” 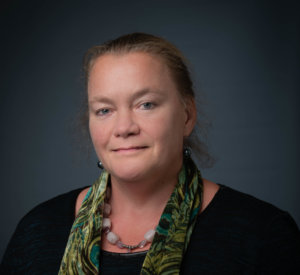 Patients living with brain tumours commonly experience psychosocial distress related to symptom burden, loss of function, and poor or unpredictable prognoses. Dignity therapy is a 2-session intervention that has been shown to help terminally ill patients regain their sense of self and create a sense of meaning. Through Dignity Therapy is indicated for use at end of life, based on the symptoms of a brain tumour which can result in loss of self and dignity well before end-of-life, it is hypothesized that both end-of-life and non-end-of life patients who receive dignity therapy will experience increased psychosocial well-being and reduced death anxiety. Patients with primary and secondary tumours will be recruited from the Odette Cancer Centre in Toronto. Dignity therapy will be conducted with 50 patients with irreversible illness; 25 in the end-of-life (estimated to live less than 1 year), and 25 non­ end-of-life. Psychosocial well-being, connection with others, spiritual wellbeing and meaning, dignity, posttraumatic growth and death anxiety will be measured upon recruitment and 1- and 5-weeks post­ intervention. Qualitative interviews regarding participants’ overall experience of Dignity Therapy will be conducted 1-week post-intervention. This pilot study will evaluate the longitudinal psychosocial impact of Dignity Therapy on patients with brain tumours.

What receiving this award means to Janet:

“Receiving this award means that our team will able to see if Dignity Therapy can be used to decrease distress and improve quality of life in people with brain tumours. Dignity therapy can increase sense of meaning and pride in oneself, despite also “being a patient” with a serious or advanced illness. We are very grateful to Brain Tumour Foundation of Canada for allowing us this opportunity.”

Brain tumours are associated with relatively high levels of burden on patients, their families, and the healthcare system, are often associated with changes in sense-of-self earlier on in the illness trajectory compared to other forms of cancer or terminal illness, and hold a disproportionate share of cancer morbidity and mortality.1-2 When caring for the psychological needs of people with incurable disease, the goal is to support dignity and meaning in life and death.3 Dignity Therapy (DT) was created by Harvey Chochinov as a therapeutic intervention for patients at end-of-life, yielding positive results including increased hope and meaning, and reduced psychological and existential distress for many patients.4-5

This project aims to determine whether DT can enhance psychosocial well-being and reduce death anxiety in patients with incurable brain tumours, earlier in the illness trajectory as well as towards the end of life. To-date, the project team has enrolled 41 participants in this research project (despite delays associated with the COVID-19 pandemic). Thirty-eight participants began the DT process, and 36 of those participants completed this two-session therapeutic intervention. Participants are categorized into one of two groups: end-of-life (defined as having a prognosis of less than 1-year), and non-end-of-life (defined as having a prognosis greater than 1 year). Pre-post intervention survey responses will be analyzed to identify a signal of effectiveness. Between group analyses will be conducted to identify variation between the two groups.

The high completion rate is a promising preliminary signal of intervention acceptability. Initial qualitative feedback has been highly positive.