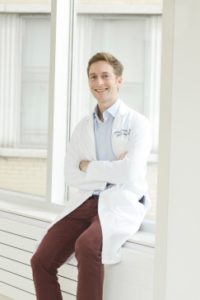 Optic pathway gliomas (OPG) are the most common intrinsic optic nerve tumours. Treatment of OPG is prompted by neuroradiological evidence of tumour growth or progressive visual loss. Despite standard of care treatment, up to 40% will show visual deterioration.

Treatment outcome is based on preservation of visual function. However, standardized method such as visual field are usually unreliable and time consuming. This is partly explained by the fact that children with OPG usually have limited collaboration. Thus, new clinical tools to evaluate visual function is essential.

Steady-state visual evoked potentials (ssVEPs) is a new, fast and reliable test that could be used to evaluate visual function and treatment response in children with OPG.

For this pilot study, patients from 4 to 21 years old will be assessed with ssVEPs every three months and at progression for a year. ssVEPs results will be correlated to MRI results, visual acuity and optic nerve appearance.

ssVEPs could improve the follow-up and management of children with OPG. Visual changes would be detected earlier and with more reliability. This technique could be incorporated in study trials to assess tumour evolution, better tailor treatments and eventually be expanded to other brain tumour types affecting the vision.

Optic pathway gliomas (OPG) represent 4-6% of all pediatric brain tumours. Clinically, children with OPG have decreased visual acuity and visual fields. In order to prevent further decline, treatments are usually started when visual loss is expected to progress. The tumour size and response to therapy is followed by MRI (Magnetic Resonance Imaging) but the objective is to preserve vision. To assess visual function, children must collaborate with testing which can be a challenge in young patients and children with intellectual disabilities. It is, therefore, often difficult to evaluate the response to treatment. No reliable and objective tools are currently available to follow those patients.

In order to address this issue, Dr Sébastien Perreault initiated, in collaboration with Dr Dave Saint-Amour, an innovative research project using steady-state visual evoked potentials (ssVEPs). This technique was developed in the laboratory of Dr Saint-Amour and measures the brain electrical activity when visual stimuli are presented. More precisely, the stimuli are formed by two concentric circles representing a checkerboard pattern and alternating at different frequencies: one inner circle measures the central vision whereas the outer circle measures the peripheral vison. Stimuli are presented at two contrast levels (30% and 96%) and testing is conducted one eye at the time. The total length of the entire testing does not exceed four minutes which maintains children’s collaboration. This study aims to validate this ssVEPs technique which is attractive since it is objective, reproducible and requires a minimal collaboration from children.

With the generous support of Brain Tumour Foundation of Canada, this project was initiated in 2015. A PhD student, Sara Rassi, joined the project and her involvement allowed us to rapidly optimize the task. More recently, a French student for Université Paris IV, Ariane Bocherau, joined our research team.

Since we started the project, the task was validated and reference values were obtained in 30 control patients representing three age groups: 4-9 years old, 10-15 years old and 16-21 years old. Our observations demonstrate that each individual presents a specific and unique response pattern. Reevaluations in control patients confirm reproducibility and constancy over time. This promising data allows us to envision that ssVEPs is an excellent clinical tool to evaluate visual function and variation over time.

We started to include patients with OPG in 2016 and have reached 70% of our accrual goal so far.  In this patient group we were able to objectively measure visual function. Longitudinal follow-up has started and will allow us to measure variation in correlation with visual acuity and change in tumour size. Recruitment should be completed in November 2016 and we expect to complete this pilot study in November 2017. We are planning to continue this research project by recruiting more patients and test ssVEPs in patients with other tumours affecting vision.

In conclusion, our preliminary data confirm that ssVEPs could be used to measure objectively and rapidly visual function in patients with optic pathway glioma and could be implemented to improve follow-up and patient’s treatment.

The goal of the study was to assess if steady-state visual evoked potentials can become a valuable tool to measure central and peripheral visual field processing in children with optic pathway gliomas. Ten patients with optic pathway gliomas and 33 healthy controls between the ages of 3 and 18 years were tested using steady-state visual evoked potentials.

Read more of the final report…