This research will apply imaging technique in patients with treated gliomas to distinguish tumour recurrence from radiation-induced brain injury. The end result aims to show that early diagnosis of tumour recurrence will lead to improved survival as patients could be offered additional treatments sooner. 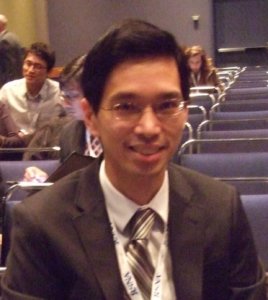 Radiation therapy is an important adjunct in the therapy of patients with glioma. Radiation-induced injury of brain parenchyma within the treatment field is a well-recognized phenomenon. However, conventional MR imaging techniques are not always accurate in differentiating recurrent tumour from radiation-induced brain injury, both of which may demonstrate progressive contrast enhancement.

We have developed a novel dynamic contrast-enhanced MR imaging technique which can be used to determine how aggressive gliomas are based on the proliferation of abnormal tumour vessels (angiogenesis). The aim of this project is to apply our technique in patients with treated gliomas to distinguish tumour recurrence from radiation-induced brain injury. We plan to recruit 50 patients with high-grade gliomas who developed an increase in size of their brain lesion following radiation treatment.

Patients will have conventional MR imaging with contrast, followed by perfusion and diffusion imaging at 3 Tesla. Following surgical biopsy, a neuropathologist will determine the presence of viable tumour cells vs. radiation necrosis in the biopsy area, which will allow correlation with imaging perfusion maps. We hope that early diagnosis of tumour recurrence will lead to improved survival since patients might be offered additional treatments (eg. reresection, gamma knife radiation or chemotherapy).