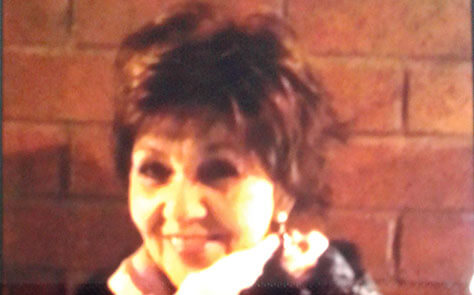 Well here is my story, I hope some inspiration is found in it.

My husband and I had finally moved into our dream house, it was November 5, 1982, can’t ever forget that happy day! Life was good, we were so happy living our dream come true. A year or two later I remember what I now know was my first symptom. We had just returned home from an evening out, I was in the kitchen enjoying a cup of tea and, just like that, I lost all vision in one eye. My husband took me to emergency and after a long wait an ophthalmologist came in, but by this time I had regained some vision, he examined me and said I had a good old-fashioned migraine! I said I had never had a migraine in my life!

We returned home, my full vision returned, and life carried on. Over a course of time, things started to change, I will give a few examples:

I woke up one night ran downstairs, out the front door and in my car, I drove to a friend. Waking the household, she asked me what was wrong, all I could say was I didn’t know. My husband called and found me he was frantic, this behaviour was so out of character for me he kept asking what happened, why did I do this? I said, ‘I don’t know’.

I became unhappy, started having anxiety & panic attacks. I kept telling my husband something was wrong and he said he too believed there was. Living in our dream house I was fortunate enough to have one of my passions in my own backyard – an inground swimming pool, wow how lucky was I?! I swam every morning before work, after work and before bed, I was living my dream. Then one day I asked my husband to have the pool filled in!!! Of course, he was shocked and dumbfounded. Long story short, it happened, he and some friends filled in the pool and sodded the yard. Something was wrong with me!!!

We went to many doctors with different diagnoses, from anxiety disorder to needing psychiatric help. I remember my husband & I sitting on the grass outside the doctor’s office holding hands and crying. My husband had known me since I was 16, I was now in my early thirties, I thank the powers that be I had him to truly believe in me!

Fast forward to 1996 my periodic episodes had had longer resting times but now not so much. I had my own business and was giving a seminar, I was writing on the blackboard and someone that worked with me came in to where I was giving the seminar and told me my writing was totally backwards, yes, I had learned a new skill! Writing backwards and a new one popped up – I started stuttering.

My husband passed unexpectedly in May 2000, my mother passed in July 2000, also unexpectedly. I was a mess my life’s loves were gone. That is all I can say about that. I lost my business and went bankrupt. I was existing that was it.

By 2003, I had gotten a job, but things were happening to me. I could not keep my shoe on my right foot, it kept falling off. I started falling going upstairs never down, hmmm, weird right? My doctor finally sent me to a neurologist I can’t remember what tests he gave me, but he diagnosed me with a bulging herniated disc. I went to a physiotherapist for almost a year, this drained my finances as I was now working as a stock girl at a grocery store. The day I finished my back therapy I was walking up the stairs thinking ‘ha my shoe still won’t stay on’?

In 2004, my niece went with me to the neurologist for my final visit, he said I had done good work and he was releasing me, my niece and I looked at each other and I told him things were still not right with me. My niece tried to explain how sometimes my arm would go spastic and flip around my throat, he said it was probably nerves, it had been a tough year… hmmm…

We were leaving his office and when I went to open the door my arm flew around my neck, he sent me to hospital for a CT scan. When I got home there was a message to call the neurologist. He asked me to come in the next day. When I walked into the office he kept saying I’m sorry, I am so sorry you have a brain tumour!!!

I went to see a neurosurgeon, he told me the tumour was very large and it was aggressive. A meningioma he called it and said I had had it for probably more than 20 years and when it took growing spurts was when I had symptoms. This was near Halloween I remember, he booked surgery for November 11th, Remembrance Day!

I got very sick and my head turned spongy and was leaking fluid. I woke up the night before surgery and felt like I was being thrashed around the bed, I was having a seizure and my legs felt heavy and dead. Called 911 and when they got there I told them I was going to hospital at 5:00 am the next morning for surgery and I remember telling them ‘please help me get there or I will die’…. Oh my. From there it just seemed like a movie with my neurosurgeon running down halls and through doors with me on a stretcher……My chances were slim I was told after that the doctor saved my life! They called me their “miracle patient”.

Two years ago, the tumour started growing, I underwent 25 radiation sessions and am clearer now I am happy to say than I had been in a long time.

I often wish I could tell my husband he was right, indeed there was something wrong and I wish I could thank him for always believing in me and trying to move the earth to help me.

I apologize for this being sooooooo long, I couldn’t have focused this long or typed this much before radiation, but, my story dates back a long time. This is the first I have recounted it in a long time, it has been rather cathartic for me!

I hope I have given some inspiration to those on this journey.
Hugs and warmest regards,
Patricia