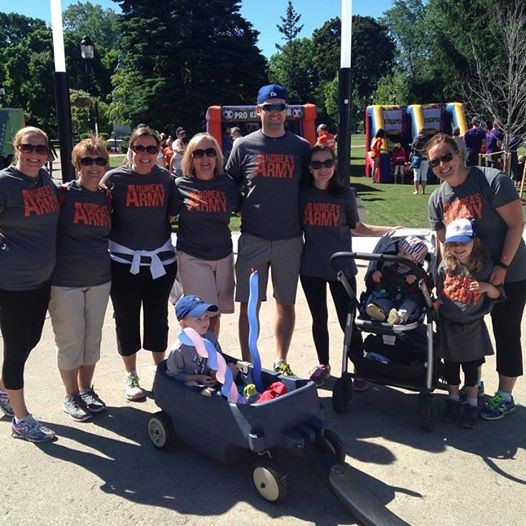 After losing her beloved daughter Andrea to a glioblastoma in 2002, Barbara Armstrong’s journey with Brain Tumour Foundation of Canada began instantaneously.

“I wanted to help raise money and awareness for the Foundation, so other parents would not have to suffer like our family did,” she explains.

In 2005, she started as a volunteer the day of the walk. As the years progressed, she joined the walk as Coordinator of the Food/Entertainment Committee. “I secured food, refreshments, music, donations and anything else that needed to be done.” she expresses enthusiastically.

“It became a family affair; my son and daughter-in-law were active members volunteering the day of the walk, and my husband raised money through his work.” Barbara proudly states.

After almost seven years volunteering with the Walk Committee, Barbara decided to join the Research Committee. At that point in time, she became the Team Captain for Andrea’s Army.

She has succeeded in raising money, support and hope by walking on the day of the event as well as her ongoing personal commitments to the brain tumour community.

“I found connecting and volunteering for Brain Tumour Foundation of Canada has helped me cope with the loss of our daughter,” Barbara strongly advocates.

She continues to be Team Captain of Andrea’s Army, in London, Ontario. Barbara fundraises in the hope that someday, there will be a cure for brain tumours!