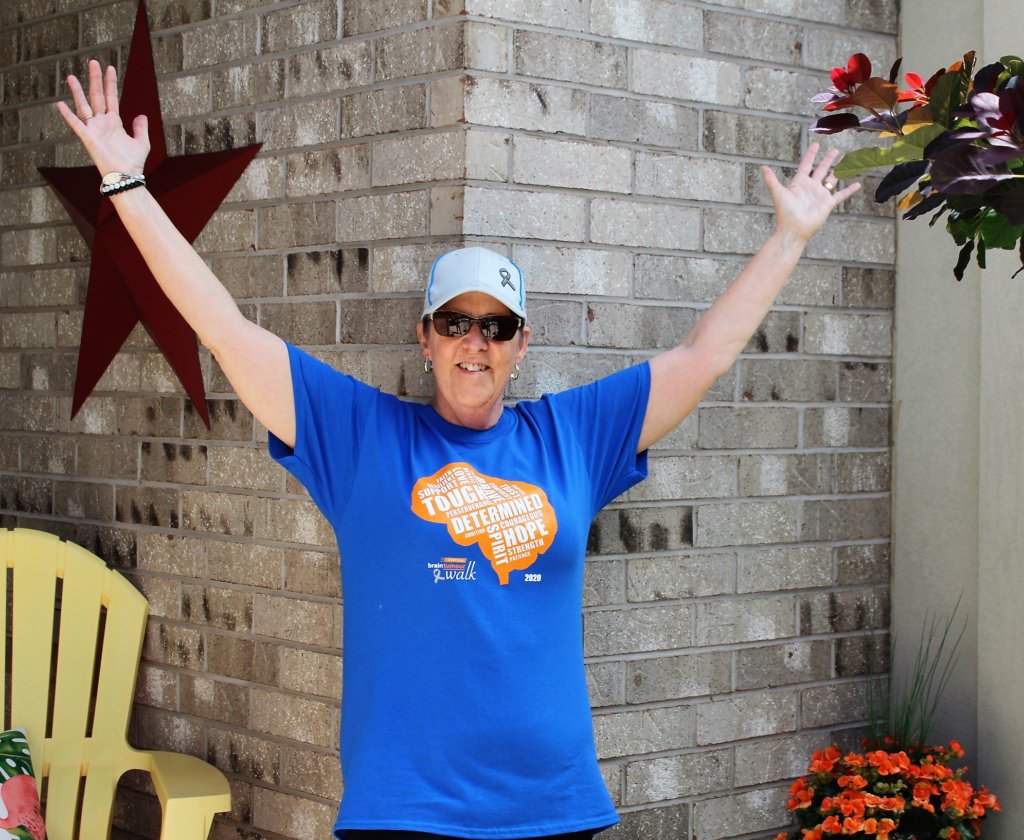 Barb Clark describes her brain tumour journey as “a comedy act.” If that’s the case, it’s a smash hit, because 25 years later, the show is still going on.

Barb is Brain Tumour Foundation of Canada’s Guelph ambassador for the 2020 Virtual Brain Tumour Walk, and her 25-year anniversary brings with it a strong message of hope and perseverance.

She had experienced no symptoms whatsoever prior to a seizure that sent her to hospital at age 37. At the time, she was told the tumour was inoperable. 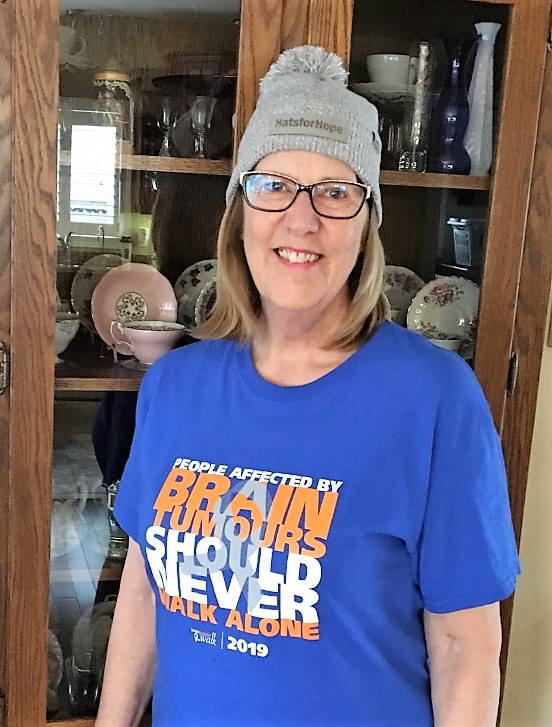 “I was told early on that I would not see our kids graduate, get married or have children,” she writes on her 2020 Virtual Brain Tumour Walk page. “Well, they both graduated, fell in love, got married and we now have FOUR (Rowan, Briar, Madelyn and Evan) incredible grandchildren! They ALL give me HOPE, ENERGY and tons of LOVE!”

Barb’s involvement with the Brain Tumour Foundation of Canada began early after her diagnosis, starting with her local support group. Not long after, she was introduced to the organization’s founders, Steve Northey, and Pam and Dr. Rolando Del Maestro.

Her first two craniotomies were performed by Dr. Del Maestro in 2003 and 2011, and after surgery, she began chemotherapy for a year. In 2016, an MRI scan showed another brain tumour, which once again put her under the knife. This time it was Dr. Mainprize at Sunnybrook Hospital.

“This time, I went home the very next day,” she says. “Follow-up consisted of radiation and then 15 months of (PC) chemotherapy. I was told that this particular treatment doubled my survival odds… GIDDY UP!”

Barb has a long connection to the Brain Tumour Walk program, getting involved in the years following her diagnosis, hosting two of her own events, and walking in London and Guelph. 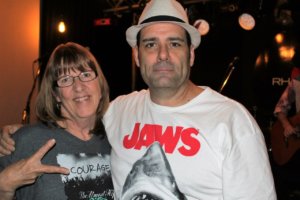 “Thank you for supporting me for the past 25 years and most of all for helping the strong and brave Canadians who live with a brain tumour,” she writes. “We all have within us the potential for success. New horizons await those who BELIEVE in the goals and follow their hearts.”

Brain Tumour Foundation of Canada is incredibly thankful for Barb’s involvement over the years, and for her ability to motivate, inspire, and crack a joke when it’s most needed. Her goal this year is to raise $1,995 – a tribute to her brain tumour diagnosis in 1995.

“To all the beautiful people…Thank you for giving me the strength to ‘live for the moment’,” she says. “Breathe in. Breathe out. Move on.”

You can donate to Barb’s walk here.