Chef Christine Tizzard is well known for her culinary innovation and vibrant recipes.

In addition to her many television appearances, a youtube channel filled with her signature three-way recipes, and a cookbook, Tizzard has opened her pantry to aspiring chefs worldwide. 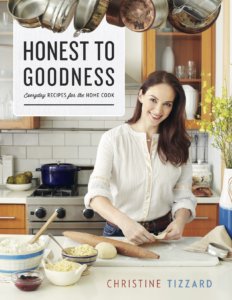 But it wasn’t until two years ago that she publicly opened up about another aspect of her life. She has been living with a brain tumour for 30 years – possibly more.

She was first diagnosed around age 16, after symptoms began showing up in her teenage years, which included trouble focusing and double vision. It was the start of a long string of treatments that lasted through to her early 20s.

Christine received gamma knife treatment, which halted the tumour’s growth for a long time. Long enough that she had all but forgotten about it. But in 2017, it came back, and and she had to undergo a six-week round of radiation.

Having a brain tumour is not something Christine shared with many people over the years, even with her own family.

Talking to her kids about her radiation treatment was an eye-opener, she said.

“They were really upset at me that I hadn’t told them about it,” Christine said. “That’s when I decided to step up and create a little more awareness.”

In 2018, she signed up for the Toronto Brain Tumour Walk. Her goal was to run the course, now that her double vision had subsided. She wasn’t in it to raise money as much as she wanted to raise awareness about brain tumours. Until the walk, she didn’t know anyone else with a brain tumour. That soon changed.

It was an emotionally-charged experience.

“It was really hard for me not to cry,” she says. “It’s weird – I didn’t think I would feel that way. Seeing people up on stage and talking about it, it was emotional for sure.”

She says that first walk was a great experience, being among so many others who have walked the same path and talking about it in public. That conversation needs to happen, she said, as brain tumours are often sidelined compared to other diseases and awareness campaigns. 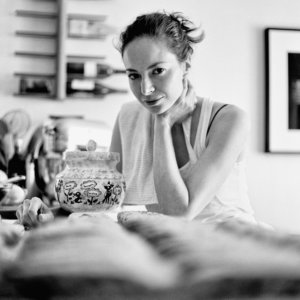 “For some reason people think there is some sort of weird stigma,” she said. “There are so many misconceptions… people don’t talk about brain tumours, but we talk about breast cancer, heart and stroke, MS.”

Because she’s been living with this tumour for so long, Tizzard’s ‘new’ normal isn’t so new. But, there are things that she does to make sure its effects are minimal.

One of those, she is already famous for – healthy eating. But, keeping her workload manageable is also important, as she said being stressed, tired, or taking on too much can trigger focus and vision problems.

To anyone considering attending a walk, she said it’s a great thing to do.

“I think what you get back from something like this is far greater than what you give,” she said. “Being able to have that sense of community for me was very important.”

Brain Tumour Foundation of Canada is proud to have Christine as our Toronto media ambassador for the 2020 Virtual Brain Tumour Walk. Her experience overcoming isolation is one that resonates with so many people who are diagnosed with brain tumours who feel they have to walk alone.