Alexandre Corriveau is a student at the Universite de Moncton.

Malignant gliomas are the most common and deadly brain tumors. In 2013, more than 2,600 cases of brain tumors were reported in Canada and the mean survival rate for a patient diagnosed with a GBM, the most aggressive glioma, remained slightly over one year. Current standard of care consists of treatment with the alkylating agent temozolomide concurrently or following radiotherapy. The use of temozolomide has become a common therapeutic option for GBM patients even though the therapeutic benefits are only marginal. Temozolomide adds a methyl group to purine bases of DNA thus leading to mutagenic and cytotoxic lesions. Mechanisms underlying this process and contributing to temozolomide resistance in GBMs are starting to emerge. Nevertheless, not much is known regarding the role of non-coding RNAs (miRNAs, lncRNAs) and temozolomide resistance. Improving our knowledge of the non-coding RNAs associated with inherent and acquired temozolomide resistance in GBMs is, hence, of uttermost importance and will be investigated in the current project.

About Alexandre, in his own words… 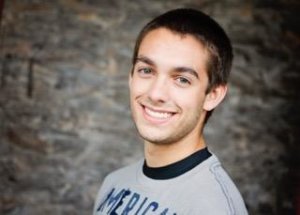 Being awarded a Brain Tumour Research Studentship means that students like me are able to actively participate in the rapidly growing field that is brain research. Highly curious by nature, this experience will give me the opportunity to collect vast knowledge regarding one of the most complex organs of the human body and of the scientific process. This being my first research experience, it will definitely help me with future goals in becoming an accomplished medical researcher.

Entirely funded through generous donors, research studentships of this kind enable me to give back to the community. We, Dr. Pier Jr. Morin and I, are hopeful to characterize the expression and impact of non-coding RNAs in patients diagnosed with aggressive brain tumours.

It is with great pleasure and honour that I will dedicate my next two summers to attain valuable information to aid patients with glioblastoma multiforme in living a better life. A sincere thank you to Brain Tumour Foundation of Canada and Diane Cameron and Nexen Energy ULC in memory of Edward Zdanowic in making all of this possible.

Glioblastoma multiforme (GBM) is the most common and aggressive primary brain tumour. The median survival time of patients diagnosed with GBM remains between 12 and 15 months. Current treatment consists of surgery and chemotherapy with temozolomide (TMZ). To this date, several mechanisms of TMZ resistance have been identified and contribute to treatment failure. The major objective of this project is to investigate the impact of long non-coding RNAs (lncRNAs) in TMZ resistance as well as their overarching role in GBM formation and development. Total RNA was isolated from a panel of 19 GBM tumours and 6 normal brain tissues obtained from the Brain Tumour Tissue Bank of the Brain Tumour Foundation of Canada. Total RNA from a panel of 7 GBM cell lines was also collected. cDNA was synthesized from these samples and a series of lncRNAs were subsequently amplified and quantified using qRT-PCR. Interestingly, lncRNAs H19 and Hotair displayed elevated levels in several primary GBM samples when compared with normal samples. The latter also displayed elevated levels in LN319 GBM cell line and its RNAi-mediated down-regulation was undertaken to assess its involvement in this model. Future plans for the project is to further characterize the involvement of the differentially expressed lncRNAs in GBMs as well as investigate their involvement in temozolomide resistance.

The overarching research objective of this project was to better characterize the involvement of long non-coding RNAs (lncRNAs) in glioblastoma multiforme (GBM) formation, development and resistance to the alkylating agent temozolomide (TMZ). GBM is a highly aggressive and prevalent brain tumour. The estimated median time of survival following diagnosis remains between 12 to 15 months. This short survival time is associated with multiple molecular mechanisms notably contributing to TMZ resistance. As outlined in the first term progress report, the expression of a number of lncRNAs was quantified in a panel consisting of 6 normal brain tissues, 19 GBM primary samples as well as 7 glioma cell lines. Interestingly, lncRNA HOTAIR displayed elevated levels in several primary GBM samples and in the LN319 GBM cell line. During this second term, attempts to confirm the RNAi-mediated HOTAIR knockdown in LN319 cells approach undertaken last summer (Figure 1) was conducted by assessing HOTAIR expression via qRT-PCR. Unfortunately, successful and reproducible HOTAIR knockdown in LN319 cells could not be achieved.  On the other hand, primers were designed to amplify and quantify additional lncRNAs in the models mentioned above. Results of relative expression of quantified lncRNAs are presented below (Figures 2 to 7).  In addition, experimental protocol design and amplification of another family of non-coding RNAs was undertaken during this term. Circular RNAs (circRNAs) are non-coding RNAs that have recently garnered interest in various models of cancer. Nevertheless, information is lacking regarding these non-coding RNAs in GBMs. A circRNA extraction and cDNA synthesis protocol was optimized and a few circRNAs were amplified setting the stage for their investigation in primary GBM tissues.  Overall, future plans for the project are numerous and will be pursued by two 4th year undergraduate biochemistry students during the 2016-2017 academic year. The proposed plans include: (1) Reduction of lncRNA HOTAIR levels in LN229 cells, another model with strong endogenous Hotair levels, and evaluation of this modulation on various cellular phenotypes (2) Quantification of lncRNA expression in GBM cell lines treated with TMZ and (3) Quantification of circRNAs in GBMs and investigation of their involvement, if any, in TMZ resistance.

As a proud recipient of a Brain Tumour Foundation of Canada studentship, I am extremely thankful to Brain Tumour Foundation of Canada for the amazing opportunity I had these past two summers. This experience has been immensely rewarding on an intellectual, professional and personal level. Working in a biochemistry and molecular biology-focused laboratory, I have learnt many biomolecular concepts and techniques that are sure to become advantageous in the future. Such an experience gave me an opportunity to further the learnings I had been confronted with while studying the nervous system in the neurology unit of my medical program. I have fell in love with the depths and complexity of the human brain and its connection to other systems of the human body. In hopes that our paths cross once again in the near future, thank you to Brain Tumour Foundation of Canada, my supervisor Dr. Pier Jr. Morin and the entire research team at Université de Moncton.