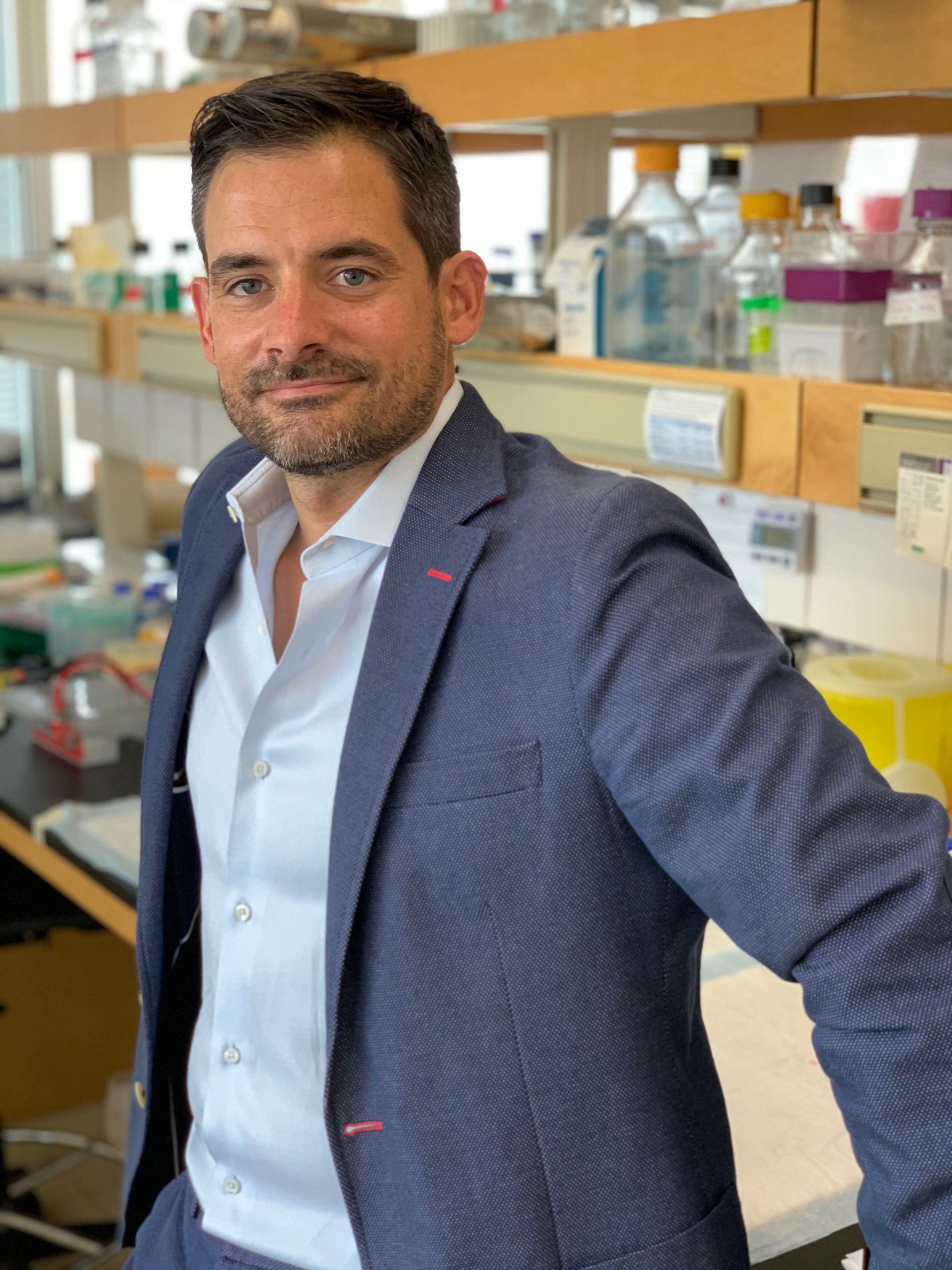 Low-grade glioma (LGG) are brain tumours diagnosed in people between 30-45 years of age. At first, they are relatively benign (not harmful) and tend to grow unrecognized over years/decades to a size that causes headaches and seizures. Unfortunately, almost all low-grade gliomas eventually progress to secondary high-grade glioblastoma and patients succumb their disease within a few month. 75% of LGGs are caused by a mutation in a single gene called IDH, and anther 2-3 well-characterized genes. However, the alterations that cause progression to lethal glioblastoma are unknown. Despite intense research and several attempts, no one has been able to efficiently grow IDH mutant cells from a patient’s tumour in culture or generate a faithful LGG mouse models. This lack of any cellular or animal LGG model has severely hampered not only any further study of the underlying biology of IDH-mutant glioma, but also the development of urgently needed therapeutic strategies. By employing CRISPR/Cas9-gene editing, we recently have been able to generate the first faithful IDH-mutant glioma mouse model. Here, we propose to leverage these models to find (1) the genes/mutations that trigger progression to lethal glioma and (2) novel drug targets to combat this horrible disease.

“Funding from Brain Tumour Foundation of Canada will allow us to take the next step in elucidating which mutations trigger the progression of relatively begin Low Grade Glioma (LGG) to very aggressive and often deadly glioblastoma (GBM). As scientist but also as close relative of a LGG patient, I am very grateful to the Brain Tumour Foundation of Canada and the many donors who make this research possible.”

Congratulations to our 2021 Brain Tumour Grant Recipient, Dr Schramek, for his new study “A noncoding single-nucleotide polymorphism at 8q24 drives IDH1-mutant glioma formation“ which was published in the prestigious Science Magazine.

Thank you Dr Schramek for bringing hope to everyone affected by a brain tumour!