Generously Funded by ‘DUNN with Cancer‘, A Movement of Hope in Memory of Allison 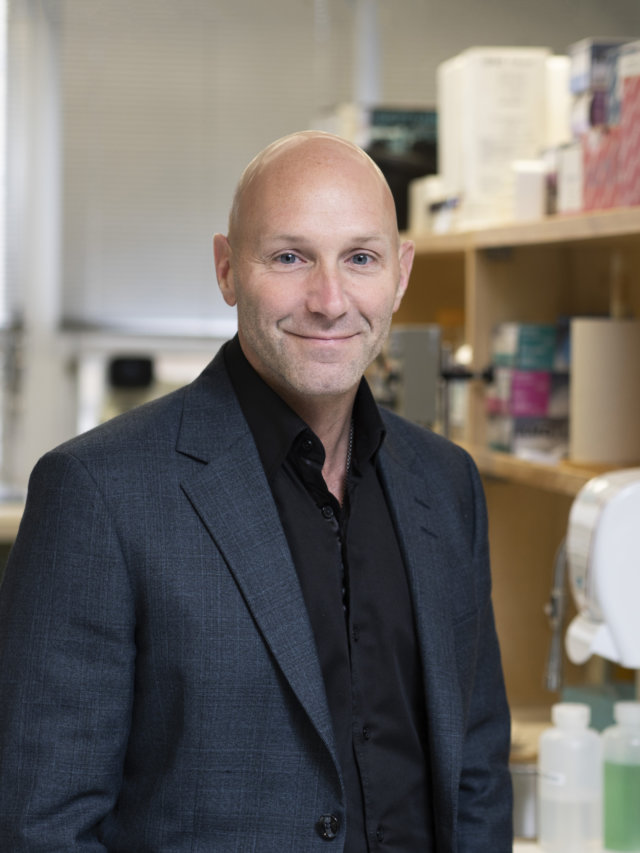 One of the major difficulties in treating Glioblastoma is the impossibility to remove all the tumour cells with surgery. Indeed, some tumour cells break away from the tumour nodule and invade the surrounding brain provoking recurrence.

Hence, to eliminate these tumour cells, we have developed a device that can be implanted in the tumour cavity following tumour removal. In a global project coined GlioTrap, we have designed a biocompatible gel to deliver molecules that can attract tumour cells. This gel also releases slowly antitumour drugs.

This has already been tested in an animal model. To increase the anti-tumoural effect of the device, we also want to embed a short-range radioisotope into the gel. This proposal specifically regards this aspect.

When completed, GlioTrap will: 1- chemoattract the migrating tumour cells to regroup them close to the tumour cavity; 2- gradually release high-doses of antitumoral drug locally; 3- deliver a high dose of radiation in a short range to the tumour cells. The regional effect of GlioTrap will allow to have an optimal tumour control at relapse as well as a minimal side effects.

My team and I have been in involved in the field of brain cancer research for 20 years now. As our research program evolved, so has our conception of the disease. Hence, firmly scripted in the core design of this project, are different key concepts that we believe will be paramount to success. The combination of a loco-regional tailored therapeutic applied within the resection cavity and regrouping locally delivered radiotherapy and slow-release chemotherapy, combined to a chemo-attractant to lure glial tumour cells within the treatment area is our latest conceptual design in combatting this aggressive disease.

Because of its intricate and complicated design, such a research idea is difficult to finance, and needs to be approached in a modular design in terms of research and financing. This very important grant awarded by Brain Tumour Foundation of Canada will allow us to proceed with the design of one of the three core modules of the research idea: the insertion of radiation delivered via a radioisotope within the gel.

Indeed, we expect the 64Copper-embedded GlioGel will deliver a high local dose of radiation, and this short range of radiation will not produce radiotoxic side effects to the healthy brain. Hence, we expect this treatment to be both robust in terms of efficacy, and safety, with minor or no toxicity. This grant will hence allow us to build sufficient convincing data to provide the necessary proof of principle that will be used to ask major funds to merge the three core modules into one fully operational device.

This will be the breakthrough toward a clinical study, and the possibility to offer this new device to patients bearing brain cancers.