Dr. James Rutka, Professor, Department of Laboratory Medicine and Pathobiology, U of T, Chairman elect of Dept. Of surgery- U of T, Co-director of the Labatt Brain Tumour Research Centre, Hospital for Sick Children, Toronto, Ontario

Medulloblastoma is the most frequent malignant brain tumour in children and has a high tendency to disseminate through the central nervous system. Despite the current aggressive therapies, metastatic medulloblastoma has a high mortality and, among survivors, a major concern is the long-term side effects induced by treatment.

The HGF/c-Met Pathway has an important role in tumourgenesis and metastatic behaviour of several human malignancies but its role in medulloblastoma pathogenesis was only recently described. We propose to determine the relevance of HGF/c-Met dysregulation in medulloblastoma dissemination and correlate the mRNA and protein expression levels with clinical data such as patient age, gender, histologic subtype, presence of metastasis and survival.

We will develop pre-clinical models of medulloblastoma which will recapitulate the disseminated disease in children. Finally, we will test new drugs (c-Met inhibitors) that specifically inhibit the HGF/c-Met pathway blocking tumour growth in mouse models. The c-Met inhibitors have been tested on several other cancers with encouraging results. We anticipate that our findings will help design novel treatment strategies for pediatric medulloblastoma patients thereby decreasing toxicity, long-term side effects and improve survival and quality of life. 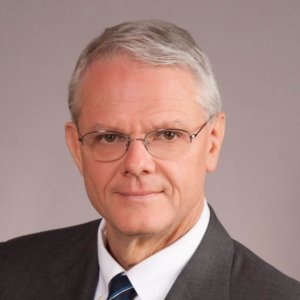 In 2011, Dr. James Rutka was awarded a Brain Tumour Research Grant for his medulloblastoma study, which now aims to move into the pre-clinical trial phase1.

Dr. Rutka and his team at the Hospital for Sick Children (Toronto, ON) have been looking at how to block a specific pathway that encourages medulloblastoma tumour growth. Testing a drug called Foretinib to block this cell growth, Dr. Rutka was able to show for the first time that this drug could cross the blood-brain barrier – a known limitation to effective brain tumour treatment.

Foretinib, a drug currently used to treat certain cancers, was identified as a potential treatment for medulloblastoma when Dr. Rutka did a unique search of a medical database. With his findings, Dr. Rutka began to test how Foretinib could be delivered to targeted cells that have moved away from the initial tumour. This is key as the type of medulloblastoma tumour Dr. Rutka examines metastasizes quickly into other parts of the nervous system.

Using nanotechnology, Dr. Rutka has been able to deliver drugs, like Foretinib, to specific cells and with special imaging tools, can see when these drugs have hit their target. From there, Dr. Rutka can activate the drug with focused ultrasound technology to heat the nano particles which kills the tumour cells, stopping their spread.

Dr. Rutka says there is great potential in this breakthrough, and if pre-clinical trials are successful, he estimates that in 2 to 5 years this study will move to the clinical trial phase.

1 “Pre-clinical trials” is a term used to describe the cell- or animal-based testing phase. The main goal of pre-clinical studies is to determine a product’s ultimate safety profile. This update was provided in June 2014.