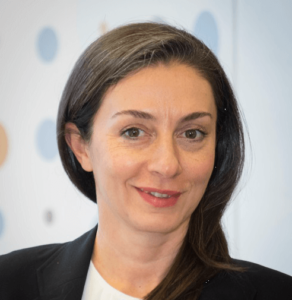 Glioblastoma (GBM) is the deadliest and the most highly vascularized brain tumour in adults; however, blood circulation is highly inefficient in these tumours. A hallmark of GBM is areas of cell death (necrosis) within the tumour, which is likely due to oxygen deprivation (hypoxia). Hypoxia plays a major role in tumour growth and resistance to therapy. Furthermore, the degree of cell death within GBM tumours correlates with adverse patient outcome. Hypoxic stress has been linked to several changes that are fundamental to malignant progression of GBM and other tumour types.

Pimonidazole (PIMO) is a specific marker of hypoxia that has been used to delineate hypoxic regions within several tumour types. We have shown that PIMO crosses blood brain barrier in patients’ GBMs without adverse effects. We propose to administer PIMO to GBM patients prior to surgery. Resected tumours will be processed and analyzed for PIMO uptake, which will be correlated with patient survival. We will perform genomic analysis of GBM tumour cells that take up PIMO to identify novel molecular signatures associated with hypoxia in GBM. We hope to investigate the value of PIMO, and other newly discovered molecular markers, as predictors of patient outcome and development of novel therapeutic strategies.

We proposed to investigate the utility of pimonidazole as a marker of hypoxia in GBM patients and correlate the extent of hypoxia with other molecular markers and ultimately, with patient outcome measures such as tumour volume and survival. Over the past year, approximately 50 resected GBM tumours were processed and analyzed for PIMO uptake. Immunohistochemical analysis of PIMO in multiple regions within the patient tumours showed great variation in PIMO percentage in various regions of the same tumour specimens. This suggests that hypoxia in highly variable in GBM and a large number of tumour regions must be sampled to ensure accurate estimation of hypoxia score per patient. We have also been performing immunohistochemical analysis of markers linked to hypoxia, immune response, stemness, and proliferation, and will correlate these findings with overall PIMO positivity. This analysis is still ongoing and we hope to identify association of hypoxia with changes in specific markers. Since GBM tumours are a mixture of different cell types, including tumours cells and immune cells, we investigated the proportion of different cell types and markers associated with hypoxia within PIMO-positive and –negative tumour areas. To investigate epigenetic changes associated with hypoxia in GBM, we isolated PIMO-positive and –negative tumour regions and collected DNA from these regions. The DNA was processed for methylation analysis to determine the epigenetic signature of hypoxic tumour regions. We used the Illumina Human Methylation EPIC array and analyzed the methylation status of ~850,000 CpG sites within the genome. We found that hypoxic regions displayed an overall hypomethylated DNA signature. The majority of genes altered as a result of this are known to be involved in cellular response to hypoxia. The study is still ongoing with the goal of accruing a larger cohort of ~100 patients. Once all clinical measures such as patient outcome are collected, we plan to correlate hypoxia score—based on PIMO positivity—with patient survival and tumour volume.