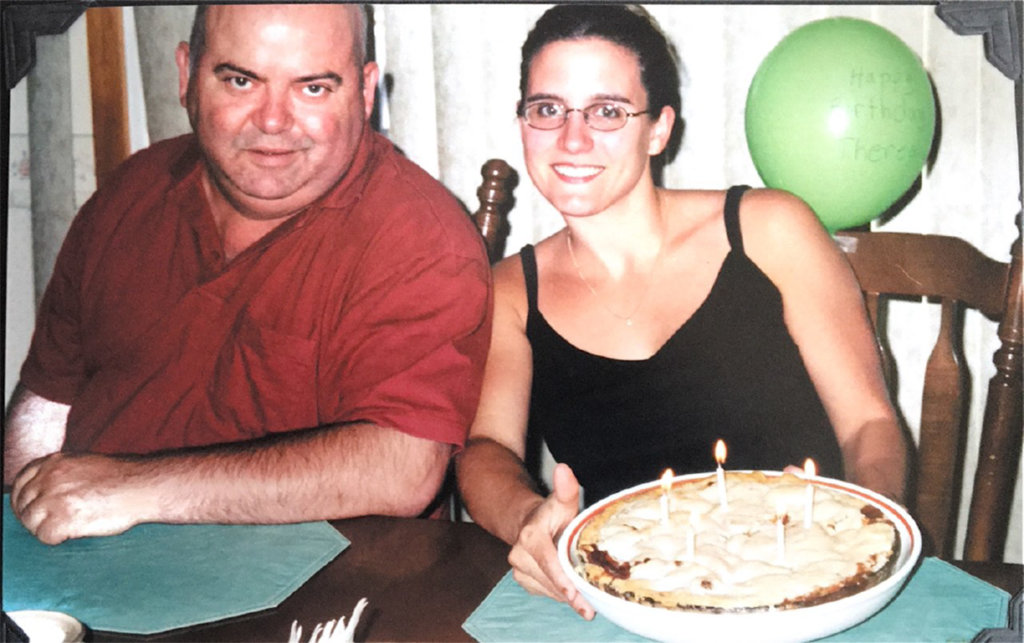 Enough love for a lifetime

Theresa is a long-time volunteer with Brain Tumour Foundation of Canada, who decided to get involved with the organization as a way of keeping her father, Mario’s memory alive. He was diagnosed with glioblastoma multiform, passing away in October of 2001 – about 20 months after his diagnosis.

At the time, Theresa was at a place in life where she was able to leave her job to be able to spend those last 20 months with her father. The time was a blessing, she said.

“He was an excellent patient,” she says. “As much as it was a stressful period of time, I also got to spend every day with my dad.” They didn’t know about Brain Tumour Foundation of Canada at the time. In fact, it wouldn’t be until years later when Theresa relocated to Calgary that she learned of the organization. She initially volunteered for an information day. Not long after, she was coordinating a Spring Sprint.

In 2007, Theresa became the convenor for the Calgary support group – a position she held for about seven years before moving on to the fundraising committee and recently, the Brain Tumour Foundation board.

As a convenor, Theresa looked after the logistics for the meetings. She says the experience was therapeutic, and the sense of community she felt there underscored Brain Tumour Foundation of Canada’s message – You are not alone.

She also learned that other caregivers had the same feelings and experiences, and the same stresses and anxieties. At the time, she was too busy to notice and wasn’t aware that there was support available.

“I wished we’d have known,” she says of Brain Tumour Foundation of Canada’s support groups. “I would have participated and shared that information with my family.” Two years prior to her father’s diagnosis, Theresa lost her brother to a car accident. She learned through that experience that time is a commodity not to be wasted.

“I just think, I’m thankful that I was younger -with no kids, no responsibilities – to be able to drop everything and focus on him,” she says. “For me, it’s made the difference.”

Those 20 months she spent with her father were difficult, but they were filled with laughter. There were no bucket list aspirations. Rather, she says, the best times involved everyday things – sharing meals, celebrating birthdays, riding to the grocery story, just being together.

Every relationship is different, she says, but the bond she had with her father was irreplaceable, and his loss was life-changing. Even when faced with a terminal diagnosis, his positivity set a standard for grace and bravery that Theresa hopes to emulate.

“He was just a good person,” she says. “It wasn’t a mask or in denial or any of that. It was still very genuine and real and good and positive and healthy.” Even though 20 years have passed, Theresa says she cries today like she did back then. If she had any regret, she says, it’s that she should have taken more videos. At the time, she chose not to. It was more about living for the day, and making sure her father was comfortable and well-fed.

Taking part in the Brain Tumour Walk serves as a healing experience and a way to give back to the community, she says. Over the years Theresa volunteered with the support group, the annual photos of survivors in their blue shirts were filled with friends she had made along the way.

This year, as in years past, she and her sons will walk in honour of a man whose time was cut short but whose legacy lives on. The walks have been an integral part of her support system all along the way, she says, providing her two young boys a chance to get to know the grandpa they never met. Through Theresa’s stories, her sons have learned about the type of man her grandfather was – kind, joyful, and loveable.

“He was a wonderful father,” Theresa says. “He loved us enough to last a lifetime.”