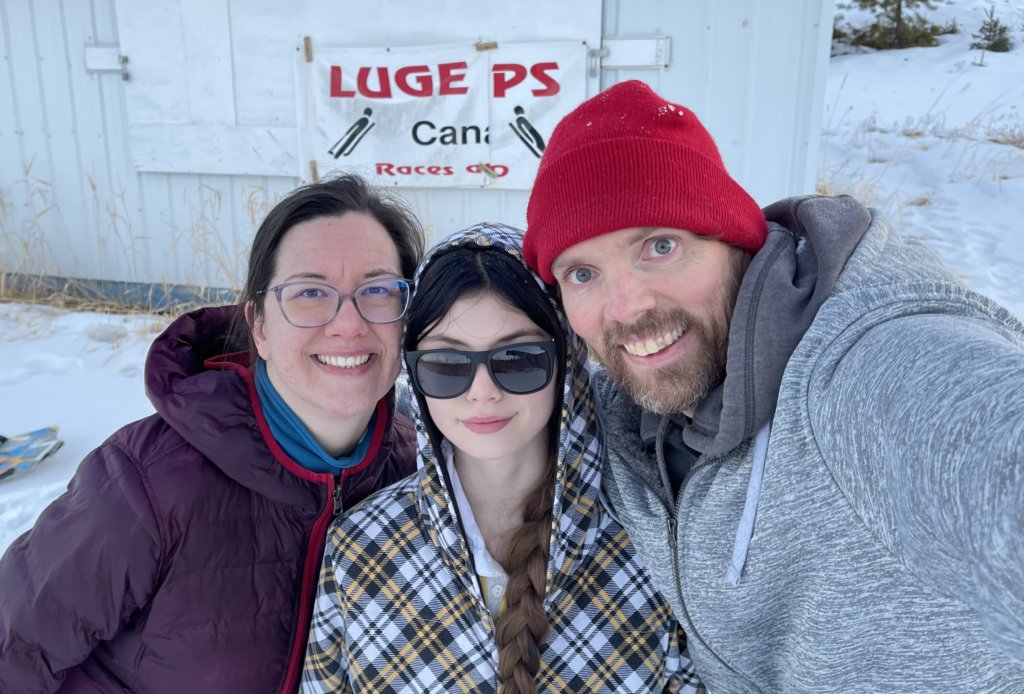 Few people face the prospect of death like Jason.

He views it as an everyday challenge, one that occurs in a world where he remains positive in light of his incurable cancer. However, it’s a prospect that has been ever-present since the mid-2000s. Survival was originally weeks, then months, and then possibly a few years, that was nearly fifteen years ago.

Jason decided right from the start to ensure his brain tumour did not hold him back or hold him silent. Like many diseases, too many people affected by brain tumours are hesitant to talk with a fear of being ostracized or passed over for employment opportunities. He is telling his story to provide confidence and encouragement for others.

“(I want) to stop people from feeling alone,” he says. He explained that others may be more likely to share their brain tumour stories after reading his. Jason was in Vancouver working on his PhD and came back to Edmonton to visit friends in Camrose. Upon arrival at their favorite computer store, Jason suddenly went into his first (and only) grand mal seizure. When he came to, he was in the back of an ambulance wondering why there were so many people squeezed in with him. “Thank goodness I had my friends there to say, ‘No, this is not normal.’”

He was taken to University of Alberta Hospital, where doctors found an untreatable tumour the size of a tennis ball on the left side of his brain. He says the symptoms were there in retrospect, but he didn’t think much of them at the time.

He spent the winter in and out of hospital, where he was put on anti-seizure medication. Unfortunately for Jason, there were complications. “The only time I really came close to death was with the anti-seizure drugs,” he says. “I was allergic to all of them.”

Jason continued teaching at the University of Alberta, until about five years ago when he made the decision to retire from his role as a Biology professor.

He first experienced symptoms back in the early 2000s. “I finished two undergrads in 2000 and then went to be a server,” he jokes. It was work he loved doing, but over time his memory became less and less reliable. He believed he was just being lazy, he says.

“We’d compete to do tables of 20 and memorize them all,” he says. “Five years later, if there were two people, I could barely do their order.”

“I didn’t understand why.” The strangest experiences were brief ‘negative stories’ that would flash before his eyes for 30-60 seconds at a time. At first, they were more narrative, but later they were simply waves of emotions. The feeling was almost like experiencing a deep depression but only for a brief moment at a time.

In 2005, when Jason was completing his Masters, he accepted a job as Biology and Geography professor at The King’s University College.

Wanting a PhD, Jason left King’s and returned to SFU. in the middle of his research was when his brain tumor was discovered. Four months later Jason returned to his studies completing his PHd and accepted a teaching position at University of Alberta Augustana Campus.

It was a role he kept for about 5 years. However, his memory continued to decline, and he decided it was time to call it a day. While he says he can lose words in any conversation, it was even tougher with technical terms.

A first (not) for the books In 2008, Jason made history… almost. He was the first person to receive what was then experimental NeuroArm surgery. Though history books credit it to an amazing woman who’s surgery was a couple months after his. By extraordinary chance, many years later they met though an unrelated Facebook post and had a good laugh over the ordeal.

“It was a big deal when she did it,” he says. “Mine was two months before. We made it into a joke – our only thought was they figured she had a better shot.”

“I’m just a weird person who is positive about everything,” in May he did experimental radiation, and now is preparing for an Olympic Triathlon in June.

Jason is currently in a holding pattern, expecting news that he only has a few months left to live but not knowing when the news will come.

He has an academic’s mind about his final months. Facing mortality has been far more difficult on those around him than himself. But, he says, he wonders if the finality of the news will have an impact on him. As it stands, he says he’s somewhere between ‘indifference and craziness’.

“I’m interested to see how and where I go if it becomes more definite,” he says.

In the meantime, he is documenting his thoughts in a series of conversations he and his best friend and fellow filmmaker are shooting. The topics range heavily, he says, depending on where the conversation goes. With the future an open question, he’s looking forward to the adventures that only time will provide,