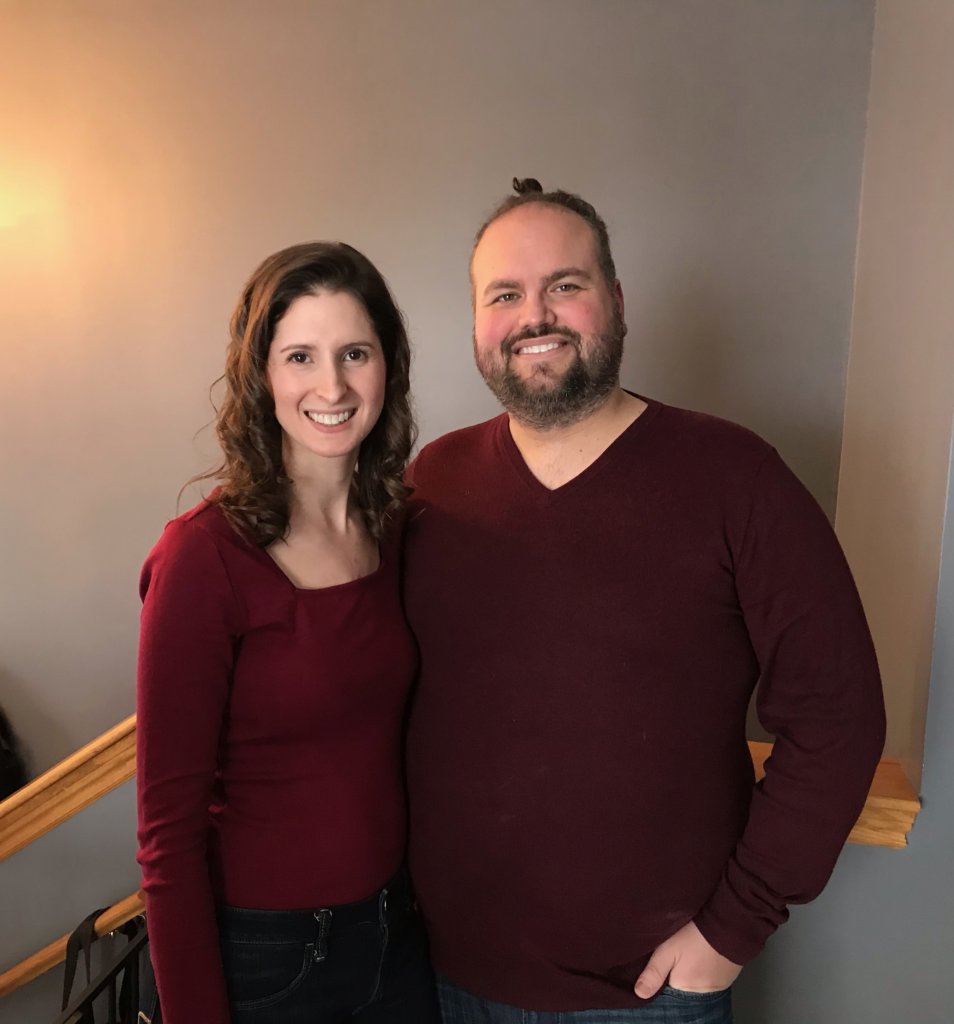 I am a 37-year-old man from northern Ontario, Canada – father of three children and husband to my beautiful wife.

I have also been diagnosed with ACTH dependent Cushing’s Disease secondary to a pituitary adenoma.

I went through transsphenoidal surgery in resection of the tumour and am currently in remission of Cushing’s. The lead-up to my diagnosis and surgery was not a walk in the park. It was years of misdiagnoses leading to years of suffering.

I have always been a large man – struggling in that department all my life, really. At the time, my weight was believed to be the cause of my unexplained hypertension back in 2005, which resulted in the start of medical therapy (metoprolol) at age 22.

Several years later, the hypertension got more intense and medical therapy became less responsive. This led to many different medications, and more and more side effects.

Throughout the years, I have had random visits to the hospital due to headaches, chest pain, etc. No one understood and I was frequently brushed off as being overweight. However, they did find a bicuspid aortic heart valve with moderate stenosis, which is now being monitored. The real start of my story was summer 2018. Without realizing it I was losing sleep more and more.

Despite walking 12 kilometres a day, going to the gym, swimming, etc, I was not losing weight. I received a call from my family physician, resulting in a series of blood tests.  As the summer progressed, I found myself sleeping less and less (one to two hours a night). When I was awake, I would think of the day’s work, issues, etc, only to wake up (or get out of bed) not feeling refreshed.

Combined with new work stressors, I was heading for a burnout. I was starting to feel brain fog and dizziness every day. Each day these periods of dizziness became more and more intense. I booked vacations and stayed home in hopes to start sleeping again and restoring myself.

This relief never came. Vacations would fly by.

At the end of the summer, we went camping, and I stayed in the tent with my young son. That night I felt like there was fire in me, burning through my veins.

I thought, “This is it. I cannot continue this like it’s my night. I’m done.”

I went back to work only to go see my doctor, who could not explain anything. I was officially labeled burnt out and put on sick leave.

This was a first for me – I never thought I was going to go through something like this. Weeks went by with NO relief in sight. I ventured in several medical avenues still nothing.  I was believed to have sleep apnea and was put on CPAP with no real results.

I ended up booking an appointment at a clinic in Toronto – 10 hours (750km) away.

They ran several tests on me with no definitive answers other than a low testosterone test (really low). I was advised to follow up with my family doctor, which I did.  Several tests and months later, I was to start hormone replacement therapy, however, I was too ill to do it.

I was seeing counselors and following their advice, however, I stayed in this state –  no sleep, dizziness, fatigue, and brain fog for several months.

I even ventured in the wrong way with substances to finally attain sleep, although it was not restful. This proved to be worse in its own way, and just added wind to the storm. 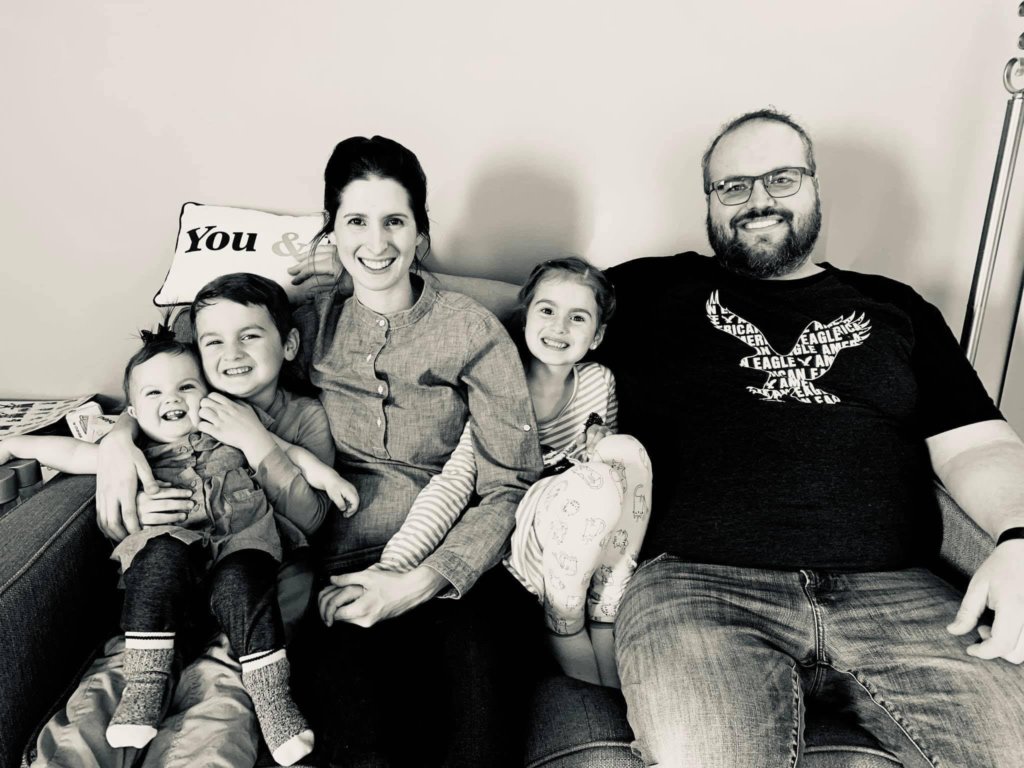 Several months went by. My wife was now pregnant with our third child. I went to the doctor again (summer 2019) and said “I don’t feel good. I sucked it up for months, stayed working, saw counselors and proved to myself that I can function. However, something IS WRONG.”

This prompted test after test, which finally revealed a low Luteinizing hormone (LH) which originates from the pituitary gland in my head, the doctor explained. I was referred to an endocrinologist for further investigations.

In the fall of 2019, I was sent for an MRI, which revealed a 4 millimetre pituitary micro adenoma. However, due to its size, it was not believed to be of any issue. Blood tests did not reveal any outstanding numbers. My LH was low intermittently, my testosterone was constantly low, and my cortisol level was always high.

I went through a low dose overnight dexamethasone suppression test, however results were not available at the time of the appointment. This came at a time near the end of my wife’s pregnancy, so it was put on hold.

In January 2020, my wife gave birth to a beautiful healthy baby girl. However, 10 days after the birth she suffered a massive heart attack in front of me while breastfeeding. We spent over a month in hospital (750km from home) where she was diagnosed with spontaneous coronary artery dissection (SCAD) which required a double bypass to safe her life!

Now faced with this new challenge of taking care of her, plus going through this yet-to-be-diagnosed Cushing’s, I put myself on hold not really knowing what was going on.

My blood pressure skyrocketed out of control. While in the hospital, I had a remote appointment with my endocrinologist, who ordered more tests including urine tests and high and low dose 2-day Dexamethasone tests.

The results confirmed that the tumour was in fact ACTH producing, and I was referred a neurosurgeon for further investigation. A 24-hour saliva test showed that my cortisol level was not extremely high, however, it remained just low enough to not trigger any flags as it was always tested in the morning.

By this time, it was April and COVID had hit. This delayed everything.

I did not hear from the clinic for months until I called numerous times to be told they were not seeing anybody at this time. I was not considered essential.

I could barely function day-to-day and was taking over 150 pills a week.

Finally, the government gave the green light to resume surgeries, however, I was given no timeline due to COVID.

In fall of 2020, I did get a surgery date however it was cancelled twice due to triage and COVID.

I traveled over 3000 km total in back-and-forth trips only to be sent back home.

It was December 2020 when I finally got my surgery.

My cortisol crashed right after surgery indicating success.  The pathology revealed an ACTH hormone– stained tumour – the rarest of its kind. My blood pressure is now under control with less than one-third of the medication I had been taking. I was put on hydrocortisone until my pituitary gland restarts.

Thanks to an amazing pituitary team I have regained my life!

I’m looking forward to seeing what lies ahead as I recover from this awful disease and the damage it has done to my body and mind.

There is still lots of healing left to go, however, I have a new positive outlook on life.