These words will stick with me for the rest of my life.

On March 6, 2017 I was told I had a mass in my brain. This news came one week after my mom was diagnosed with stage 4 ovarian cancer.

For many years I had headaches, nausea and intense pressure in my head that never seemed to go away. I had been to the doctor but it never really clicked that all of these symptoms together could be a tumour.

I was given migraine medication, allergy meds and tried a new diet to curb the nausea. A few months before discovering the tumour, I started to have aphasia. The first time was when my six-year old asked for peanut butter.

I couldn’t understand what peanut butter was.

I returned to the doctor, and was sent to check that there was no blockade in my carotid artery causing a lack of blood flow to my brain. Getting in for the test took time, and the aphasia happened more and more as the weeks went by. 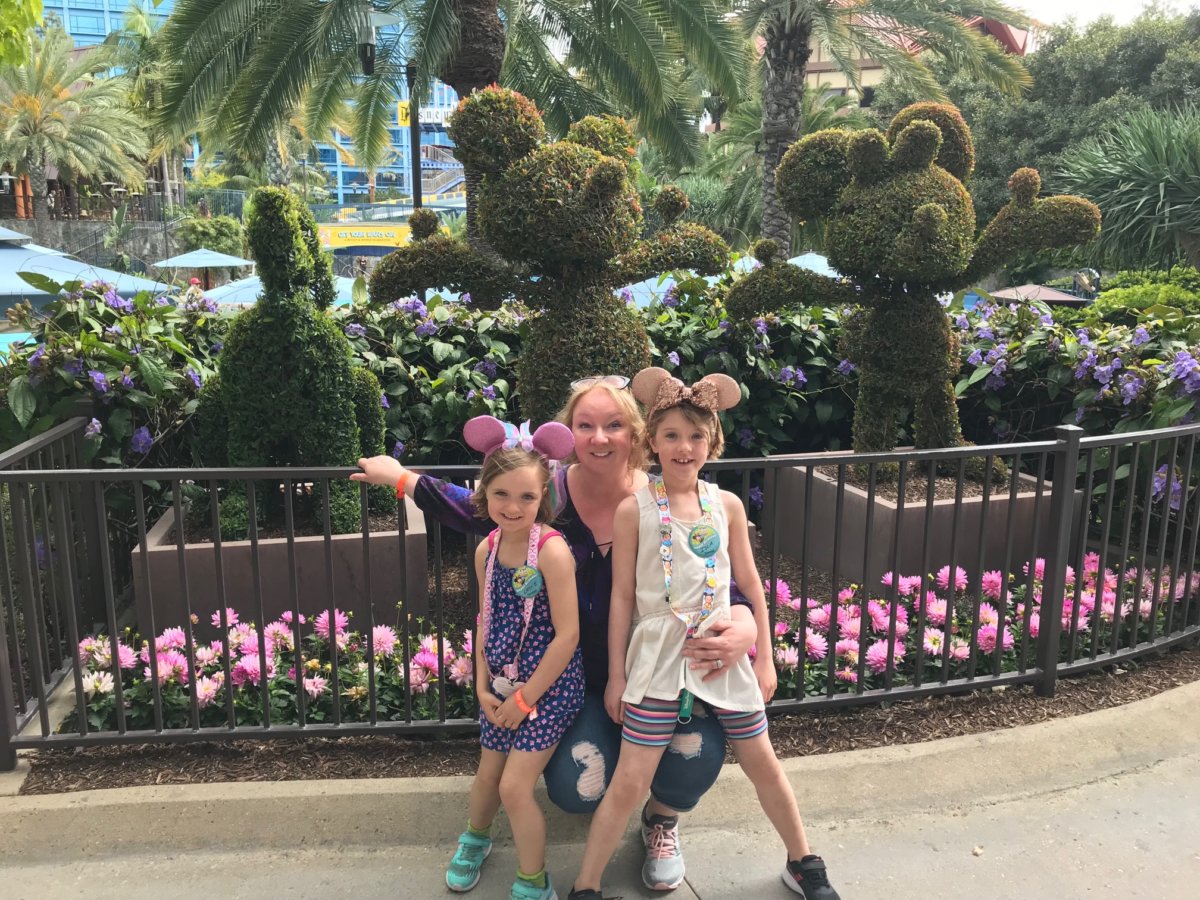 The day that my mom was diagnosed with ovarian cancer was hugely stressful. At that time, I wasn’t eating or sleeping and spent all of my waking time in the hospital with her and my family. On March 6 I was at home preparing to leave for the hospital and I had a focal seizure. I was alone, and I knew something was very wrong.

I tried to call for help, but I couldn’t remember how to use a telephone.

That’s when it became very scary, and very real.

Once I was able to, I called my husband to come help me. He insisted on taking me to the hospital, even though I assured him I was fine.

At the hospital, the doctor ordered a CT scan. “I’m sure it’s nothing, I feel fine.” I told them.

I sent my husband home to pick up the kids and told him I would just call once I was finished, and “I’m sure it’s nothing.”

The doctor came in and closed the door. Ok, I thought, that’s normal. She sat on the bedside, and then put her hand on my leg. This is NOT normal. At this point I was thinking, “What is happening???”

She said “I’m just going to say it, and then we’ll deal with it. You have a mass in your brain.”

The bottom of my world fell out.

I remember telling her “No, check again. I can’t have a tumour. My mom is dying and I have small kids. Check it again.”

I had surgery March 28, 2017 to remove the 5x4x5 cm grade one meningioma from my left frontal lobe. It was sitting directly on top of the language part of the brain, explaining the aphasia. 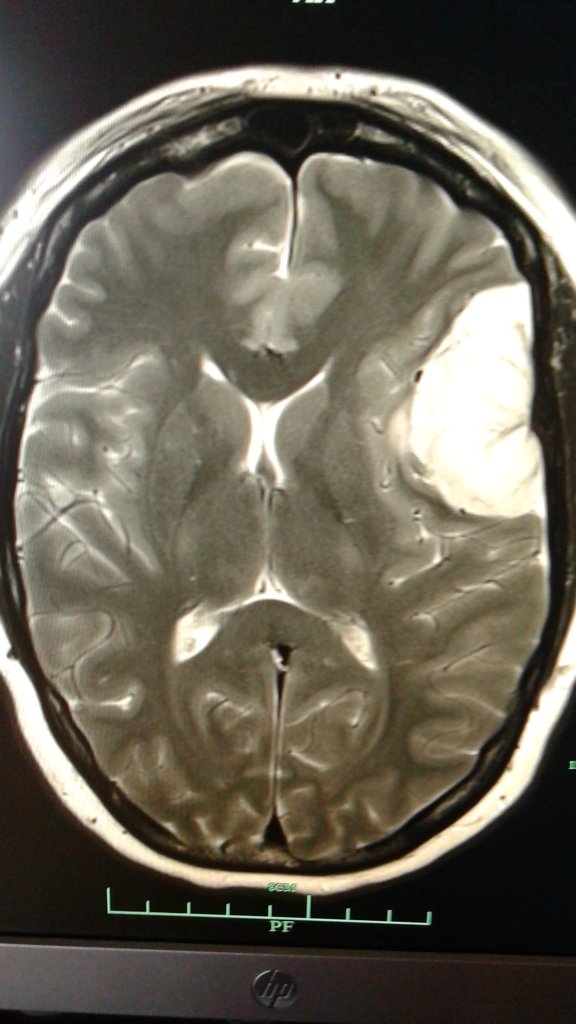 There were little bits of humour in this journey, like my neurosurgeon explaining everything using a food analogy (the tumour is half an avocado, your brain is like tofu it just moves around to accommodate the avocado).

There were little bits of pain in the journey – not being able to be there for my mom while we both sat in different hospitals, and family running between both; my husband run ragged doing everything at home and then trying to be with me as much as he could; the kids asking where I was.

After seven days I went home and I was able to spend 18 months with my mom before she died in September of 2018.

In October of 2017, I had a seizure at work. It was concerning, not knowing why. Was the tumour growing back?

Once I secured a neurologist, it was determined that I have a seizure disorder that was likely caused by scar tissue where the tumour was removed. I’ll likely have it for the rest of my life.

Still, adjusting to the new normal has been much easier than I thought it would be.

There are limitations – avoiding places like concerts with too much noise and too much activity, or busy stores where there is too much going on at once, or having too many kids in the house (as much as my kids want to have 20 people over, my brain isn’t able to handle it).

Some tasks take extensive concentration, but I just have to take breaks and wait or else I feel like I can’t think or function. My seizure disorder can be controlled with medication.

Realizing the limits, being kind to myself, and asking for help make these things easier. I miss the “old” normal, but my new normal doesn’t define me. It’s part of the trip through the recovery process. We talk about the “bump in my head” to explain to my children why I need quiet sometimes. I don’t want to hide the reality I’ve faced, but I want them to see how recognizing and accepting limits is OK. You don’t have to be a superhero all the time.

You just have to be your normal, awesome self.