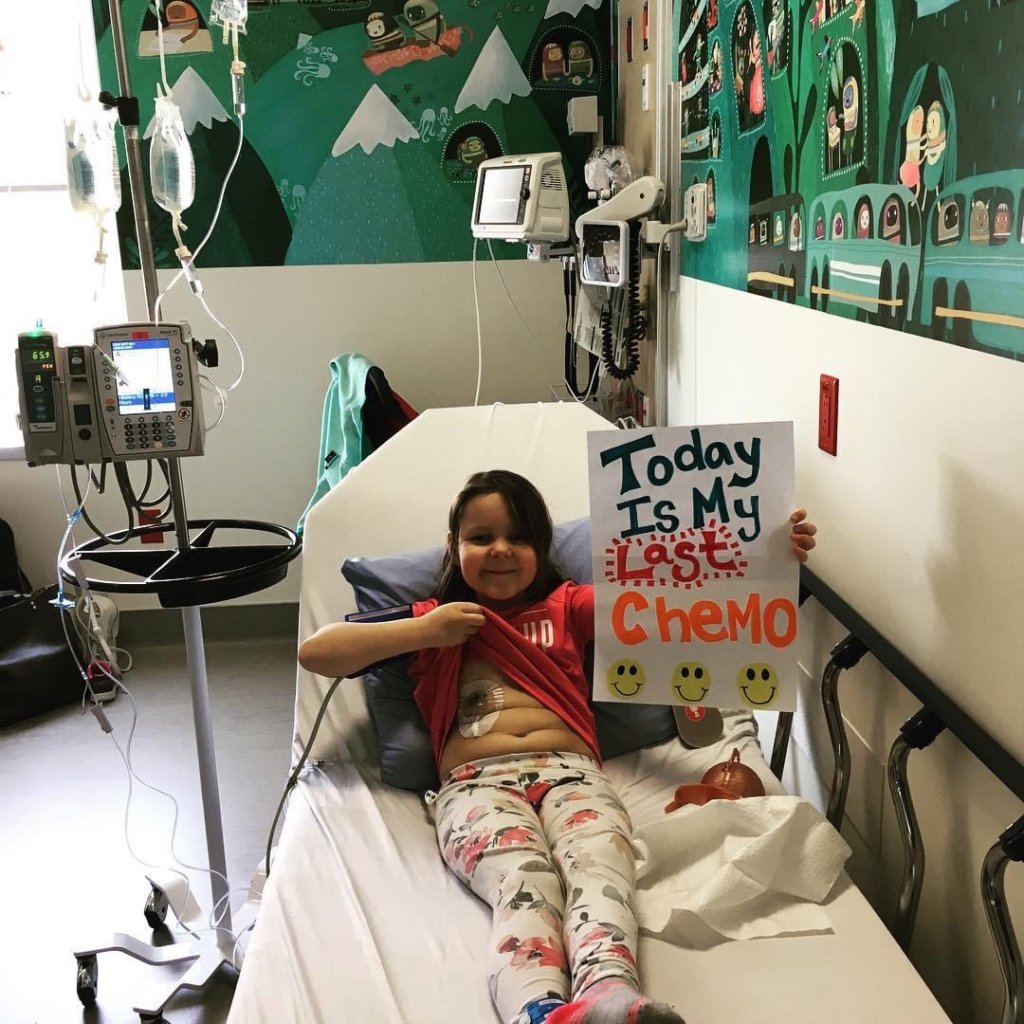 It’s another rainy day in a rainy summer in Whitehorse when Keira and her daughter Gabby speak with Brain Tumour Foundation of Canada. School is looming, and all Gabby wants is to take a swim in the pool.

In 2016, Gabby was diagnosed with a medullary pilocystic astrocytoma on her brain stem at age four. Since then, life has been one big series of adjustments for both mother and daughter.

Keira said she wants to share their story in the hopes that one day there will be a proper cure for pediatric brain tumours.

“It’s so tough on their little bodies,” Keira says. “It shrunk significantly with chemo but it’s never going to go away.

That fear of it growing again is tough.” 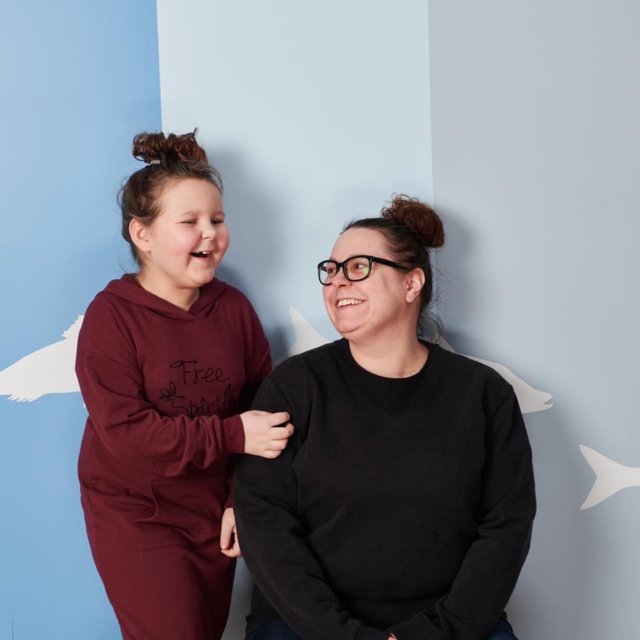 Gabby’s symptoms began with eye twitches, and focal seizures. Keira also suffered seizures when she was younger, and says at that point, she thought it may just be genetic.

They traveled to Vancouver for a battery of tests, which all came back negative. Nothing, she said, was enough to make her think brain tumour.

Four months later, however, the signs kept piling up. Gabby’s speech was slurred, she had troubles with balance, and was not eating. They were rushed once again to Vancouver for an MRI.

“They showed us a picture of her brain tumour and it was intense,” Keira recalls. “It was huge.

“We were told to get our stuff in order back in Whitehorse and be prepared to move to Vancouver for an undetermined amount of time.”

They had just bought a house in Whitehorse and only lived in it for eight months before they headed to Vancouver for Gabby’s first – but certainly not last – hospital stay.

“It was intense,” Gabby concedes. “I don’t know how to describe it. It was weird being in the hospital overnight.” 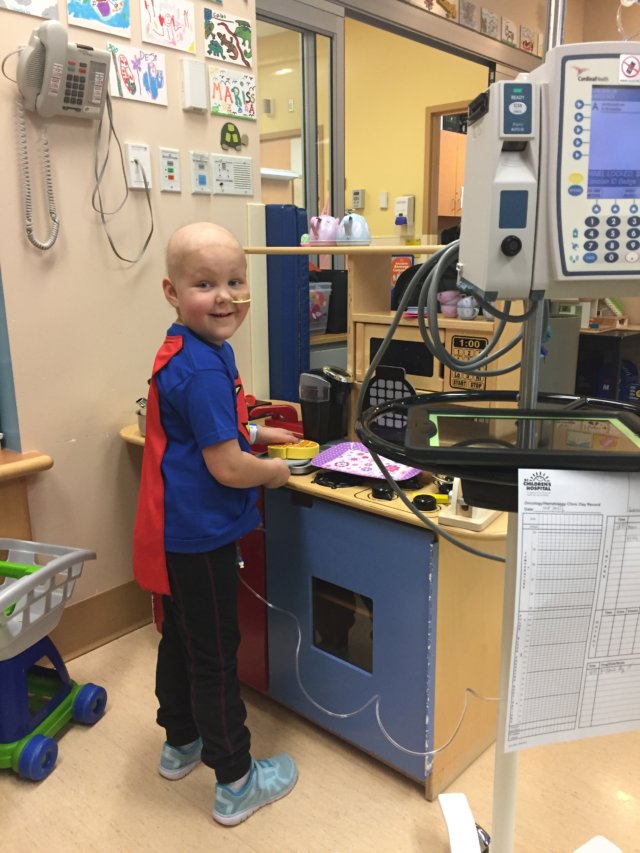 That overnight turned into two weeks after her craniotomy, which turned into a 486-day stay at Ronald McDonald House in Vancouver. The hospital became their second home.

“It was very uncomfortable and weird to be in hospital for two years it felt like,” she says.

However, while she says she was no fan of the many medical procedures, she and mom made some great friends along their journey there who were going though similar circumstances.

And yet, spending more than a quarter of her young life in hospital also made it weird to go back home, Gabby says. On returning to Whitehorse, Gabby and Keira moved in with Keira’s dad. It was a pleasant change, Gabby says.

“It was nice to not be in a hotel like room anymore,” she said. “And to have a yard to play in and be back around the family.”

Keira has a simple piece of advice for other parents of children with brain tumours:

“Continue to live your life throughout all of this, remember as a care taker to take time for yourself as well, it can be hard to not completely focus on the medical side of things but forgetting to take time away from it all can be hard on your mental health,” she says.

Utilize all the services that hospital have to offer for you, including social work, counseling and children’s services, they have programs or supports that are geared towards what you are going through and were extremely helpful.

It’s important to use your personal support network of friends and family, Keira adds. Even though it’s hard for those who are closest to you to understand the monumental changes that accompany a child’s brain tumour, it’s vital to maintain and foster those connections. 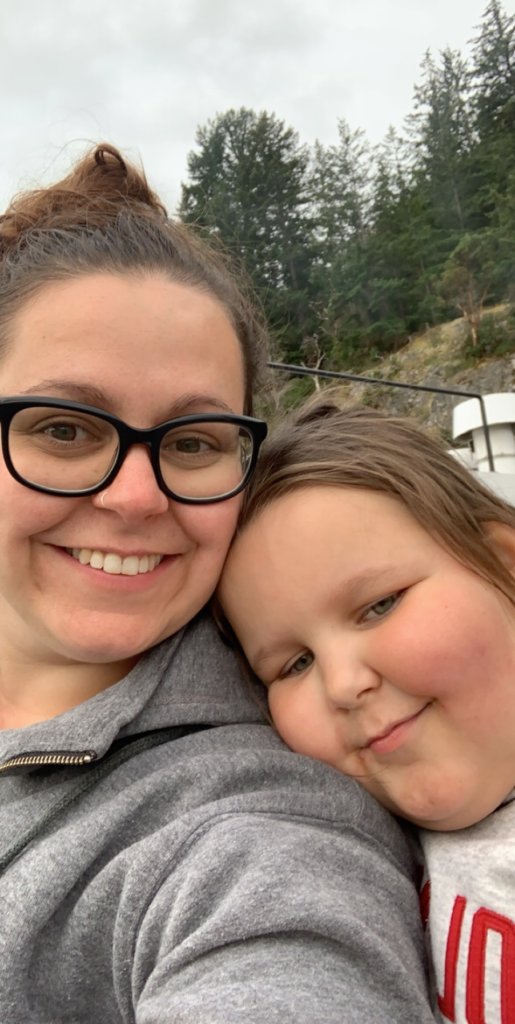 Keira also advises parents to take some time for themselves. The tumour can’t be your sole focus, she says, adding she faced difficulties both with her mental health and her relationship because of just that.

When treatment was over, there was a pent-up urge to jump back into normal life for Keira and Gabby. Unfortunately, that was not to be. Even though Keira had to return to work within four days of being back home, there were still follow up appointments, monthly blood work, port flushes and other appointments required all the time.

“We never really jumped back into normal life,” Keira says. “Just an adapted version of it.”

Gabby started Kindergarten at the hospital. She was ready to enter Grade 1 once they were back at Keira’s parent’s place, but it was tough. Gabby missed the first half of the school year and connections were hard to make since the kids in her class were already together for a year and a half. Not only that, but Gabby needed a lot of assistance and special arrangements ranging from physio and dietary needs, to evacuation plans, to notes for teachers explaining Gabby’s immuno-compromised position.

“There was a lot of planning that was involved in it,” Keira said. “(Gabby) needed a lot to stay safe.”

Gabby says each year at school is better than the last – even though “A lot changes in a short amount of time.”

Six months after completing treatment and moving back home, a follow up MRI in April 2018 showed growth of the tumour and again they started down a new treatment path.

While going through this second treatment Gabby says she really missed food – even broccoli, which is definitely unusual for a girl her age. Gabby’s chemo medication inhibited her body’s ability to process tyramine, which is found in many common foods. It took a lot of research and questions to doctors to figure out exactly what she could eat, so it was a long run of toast and rice – her favourite foods within her restrictions. Wild game, one of Gabby’s faves, was off the table, so-to-speak.

“My favourite is bison and moose and stuff like that,” Gabby says. Now she’s happy to have ice cream every day – but what kid wouldn’t?

July marked a year and a half of no treatment for Gabby, though she does have scans every three months to make sure there is not any regrowth. Her last appointment in Vancouver in July went well, which means she may be able to reduce her visits to every six months come January and have her VAD/port removed.

Now that she is back home the one thing she wants to do is get into the pool. However, it’s been a wet summer in Whitehorse, and the school year has crept up. But, Gabby has made the most of it, she said, going out to play in the rain with her friend before wrapping up in some warm clothes and blankets straight out of the dryer. 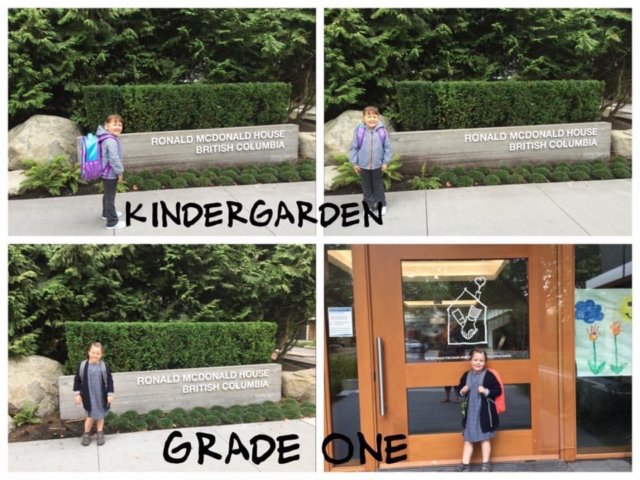 It’s the little things that make life so cozy, after all. Gabby is heading into grade 4 this year and is excited that she won’t miss as much school this year on appointments or trips to Vancouver. She is looking forward to making stronger connections with her classmates this year.

In the meantime, she has her “very energetic” dog Breezer to keep her busy. While she was in the hospital, she would Facetime with Breezer and her family, but only one of them would be licking the camera.

Now that she’s headed back to school, life has returned to normal for Keira and Gabby. Their normal, however, is definitely different from that of her friends. However, the strength of both mother and daughter is amazing, and a great reminder that the smallest among us can overcome the biggest obstacles with hope, flexibility, and fresh, warm socks.