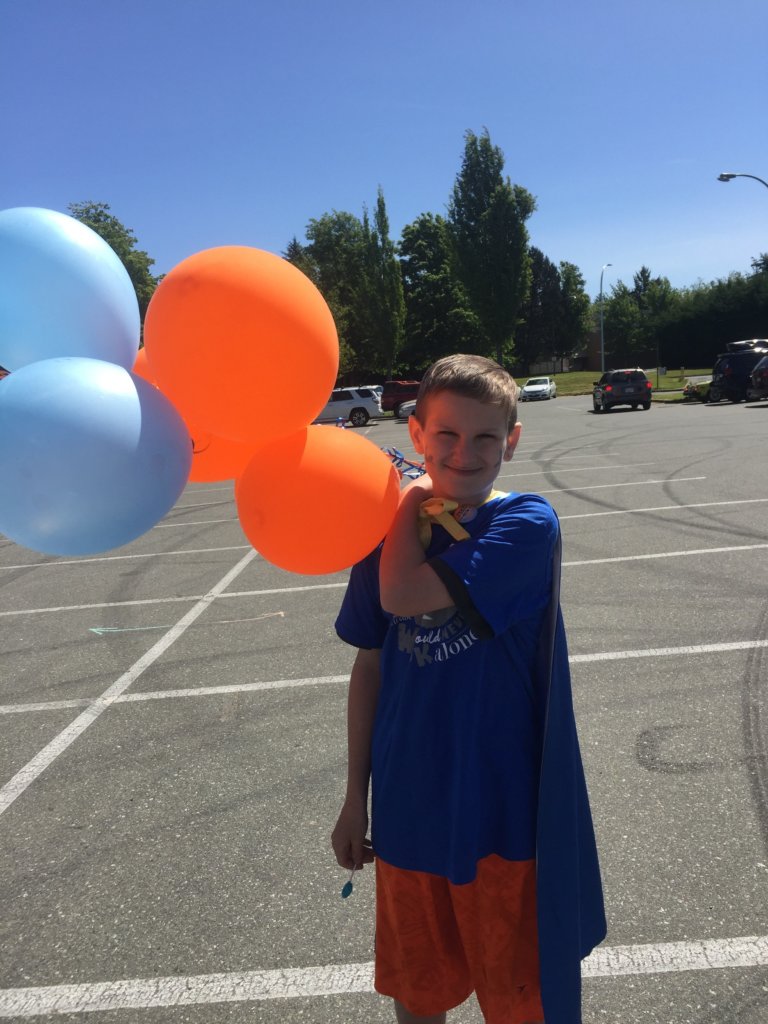 “I wasn’t always a brain cancer mom, but now that I am, I want everyone to know the signs and symptoms, as all the symptoms were there, I just didn’t know what they were. Raising awareness is now my main goal, in the hopes that no-one else has to go through this.”

In March 2017, Kaiden’s Mom noticed his head tilting. She didn’t think much of it but mentioned it in a routine doctor’s appointment three weeks later. The doctor prescribed some physio. Then flu-like symptoms came, with headaches and vomiting. Kaiden lost weight. The doctor thought it was acid reflux and prescribed antacids. The family went to Victoria to get away for a few days and suddenly there was a look about Kaiden that told Tasha, Kaiden’s Mom, that they needed to get to the hospital. 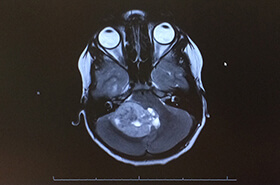 Once there, the doctors realised that something was wrong, yet every test came back negative. The staff reassured Tasha that they were not going to let Kaiden go until they had figured out what was wrong. The final test was a CT scan, that revealed a large tumour on the back of his head. It was May 7, 2017.

Two hours after the scan results, Kaiden and Tasha were flown to BC Children’s Hospital in Vancouver, BC. The next day an emergency drain relieved the pressure on the brain. “I still can’t believe the MRI they showed me, where the ventricles should be the size of a straw. There was so much fluid on the brain” said Tasha.

Two days later Kaiden had a 12hr surgery to remove the tumour. It was about the size of a lemon. Later it was determined to be an anaplastic ependymoma (Grade III). 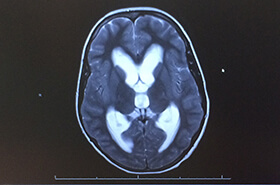 6 weeks of high dose radiation followed. “There were some belly aches, some vomiting, hair lose but he was a trooper” recalls Tasha. They were away from home and grateful to Ronald McDonald House for being their home away from home for three months.

After radiation, Kaiden had MRI’s every three months to keep an eye on the tumour site.

During this time, they attended the Victoria Brain Tumour Walk as Kaiden’s Kape Krusaders. Kaiden proudly wearing his superhero cape as well as the blue t-shirt that brain tumour survivors wear.

In September 2018, Tasha had a feeling that something wasn’t right, confirmed by the look on the oncologist’s face when she came in to share the MRI results. Kaiden had six new tumours two in his neck/brain stem & down the spine. Two weeks later they were in palliative care as they were told that there were no more treatment options, due to the high levels of radiation that Kaiden had already received and the placement of the new tumours.

Determined to make the most of the time remaining, the family are making memories. Thanks to Alli, Kaiden’s Tour de Rock rider for a lot of those amazing memories. In January 2019 Kaiden was sworn in as Victoria’s Police Chief (for the day)! 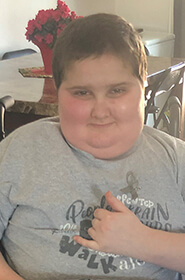 Even in these joyful moments there were hurtful comments shared with the family about Kaiden’s perceived weight gain. “People don’t realise that it’s due to the medication. People just don’t know.”

On February 14, 2019, Kaiden could still walk. By February 17, 2019, he couldn’t. His arms no longer function properly, so he can’t feed himself or do the things that he loved doing. His family are keeping him cheerful with comedy movies, which help distract him from the pain when morphine doesn’t always help. Tasha explains, “Having his siblings around making noise like the everyday norm, I think is great medicine for him also! He will speak up and ‘shh’ them!!”

Kaiden’s family are determined to return to the Victoria Brain Tumour Walk in 2019. “We are praying Kaiden will be able to join us. One way or another we will all be there. This event is part of our life now.” Said Tasha.

Tasha asked Kaiden if it was okay to share their story. Kaiden said “Let’s do it”. Tasha is now determined to make this invisible disease more visible. “You don’t realise until it affects you. It’s not just the patient that’s affected, it’s everyone, parents, siblings, family, friends. We need to raise awareness so that no-one else has to go through this.”

Kaiden’s Mom shared this story with us in February 2019. In March 2019 we were deeply saddened to hear the news that Kaiden had passed.

In Kaiden’s memory, please continue to share the signs and symptoms of brain tumours by sharing this link: www.braintumour.ca/symptoms