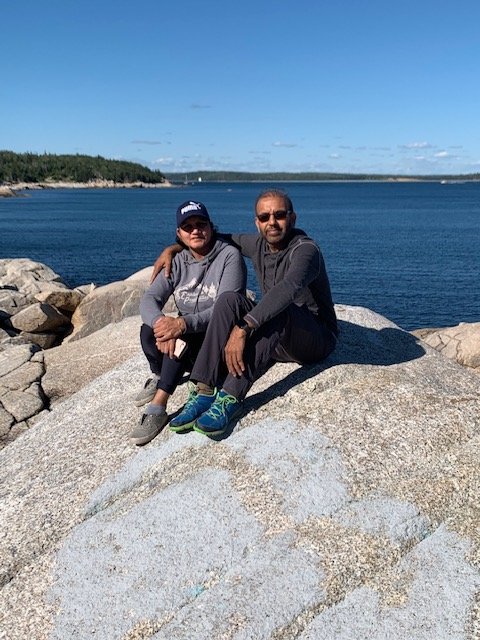 One of the most remarkable things about Prab’s story is that it coincides with history in the making. 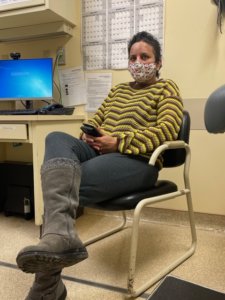 On April 12, 2020, a month after Canada effectively shut down, Prab felt a twitch in her cheek as she and her family were on their way to the cottage. Moments later, she lost consciousness. It was a shock to her young boys in the back seat, who had just celebrated their birthday the day before.

Her husband called an ambulance, which took her to the hospital. following a CT scan and an MRI, Prab was diagnosed with a stage 3 anaplastic oligodendroglioma in her left frontal lobe.

On April 16, she was into surgery and for the next six weeks, she was effectively isolated from the outside world, undergoing chemo, radiation, occupational, physio and speech therapy. 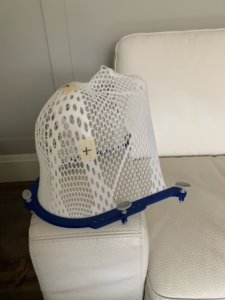 The seizure – the tumour – had left her with some speech and memory problems, but through therapy, she was able to regain her abilities.

“I still have some trouble finding words,” she says. “But they eventually come.”

Six weeks of isolation were tough, but she talked to her husband, Santy, over Facetime every day.

It was something of a daze, she said of her time in the hospital. It didn’t seem real, going from being a healthy person to being stuck in a hospital under quarantine restrictions.

And yet, she says, she is happy that it happened during a pandemic. Otherwise, knowing that the world was carrying on, having fun and gearing up for summer would have driven her crazy.

Because of lapses in her memory, Prab says she can’t remember talking to her friends or her husband around her surgery date, even though they could recall the conversations. 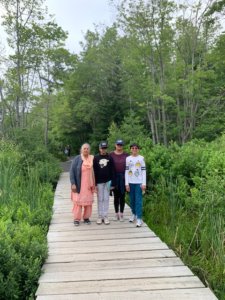 Her mother came from Vancouver to help her and the family out, staying a week before discharge through to the end of Prab’s radiation treatment. Returning home felt odd, but good she says. It was amazing to see her boys and her husband but at first she didn’t really know how to behave at home.

It was an entirely different world than being isolated in hospital for a month and a half.

But it was a good feeling, she says.

A year later, Prab is nearing the end of her monthly chemo cycles, and she and her family are doing well.

Because she was unable to drive, her husband takes an hour off work each day to bring Prab to treatment. She has her license back now, but says she doesn’t drive on the highways. 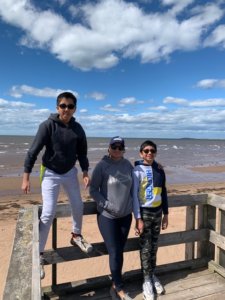 Prab says reading other people’s stories inspired her to share her own with Brain Tumour Foundation of Canada, and hopefully help others to stay positive. It certainly helped in her recovery.

During rehab, Santy’s advice was for Prab to keep living as she normally would. It was tough, she admits, especially when she was losing her hair from radiation. But, staying positive helped her get over what she calls the ‘why me’ phase.

Reading, exercise, yoga, meditation, hobbies – these were things that kept Prab grounded. Do whatever brings you joy and peace, she says.

“Do it, enjoy it and don’t worry about anything else.”