A bequest can be a tangible expression of appreciation for the support provided to you or your loved one.

Having experienced the loss of a child due to a brain tumour, Jack knew firsthand the need to support pediatric brain tumour patients and their families. Established in 2009, BrainWAVE continues to provide fun and a welcome break from treatments and uncertainties that come from a pediatric diagnosis. “BrainWAVE is a lifeline. The information and support my family received is beyond words. I don’t know how we would have coped”. Thank you, Jack, you have made a lasting difference.

A bequest to Brain Tumour Foundation of Canada can be a tangible expression of appreciation for the support provided to you or your loved one. A bequest in your Will may be the most feasible way for you to make a significant gift. After providing for your loved ones, you may choose to include Brain Tumour Foundation of Canada as a beneficiary of your Will, a life insurance policy, a security or mutual fund, or Registered Retirement Savings Plan (RRSP). These are planned gifts that offer you financial benefits, while still allowing you to give generously and leave a legacy that will continue to impact others.

We would be pleased to speak confidentially with you and your legal and financial adviser to help you create a meaningful and impactful gift. Please contact Eileen today.

Creating a Will shouldn’t have to be complicated.

We have partnered with Willfora, allowing you to create a legal Will online in approximately 20 minutes, at no cost to you. There is no obligation to leave a bequest to Brain Tumour Foundation of Canada. Your documents can also be updated throughout your life as needed at no additional cost.

Start your Will now

Please note that this service is not currently available to those in the Territories, Quebec, nor is it available in French.

Brain Tumour Foundation of Canada is forever grateful for our legacy funders, and the difference they make in the lives of those affected by brain tumours.

Kelly Northey is the little girl who inspired our organization. Following her death at the age of eight (8), Kelly’s father, Steve Northey, co-founded Brain Tumour Foundation of Canada with Rolando and Pam Del Maestro.

To give other children a respite from hospital visits, The Northey Family Endowment Fund supports BrainWAVE (known in Quebec as GOcervo) our support program for children affected by a brain tumour and their families. BrainWAVE families have the opportunity to meet and relax through fun activities.

Dr. Rolando Del Maestro is world-known and respected in the brain tumour community as a kind and exceptional surgeon and researcher, dedicated to finding an end to tumours. He and his wife, Pam, a neuroscience nurse, co-founded Brain Tumour Foundation of Canada along with Steve Northey. Over the years, the Del Maestro family has provided financial awards for The Pam and Rolando Del Maestro Family Undergraduate Student Research Competition to foster young minds in the field of brain tumour research.

The competition provides students opportunities to engage with physicians and researchers and present their ideas in the field of neuro-oncology and neuroscience.

One of the most-ordered resources from Brain Tumour Foundation of Canada is the Pediatric Brain Tumour Handbook, which is an invaluable source of information for parents and families of children diagnosed with a brain tumour.

The Patterson Family Endowment Fund was set up in memory of Hannah Patterson, an angel in her own right, who passed away at the young age of four. Today, this endowment fund ensures Hannah’s legacy continues to help children and their families go through what no child should have to.

When David Bloom received an 18-month prognosis following his brain tumour diagnosis, little did he know his name would live on as a champion of young brain tumour patients and their families.

The Bloom Family Endowment Fund is a key funder of Brain Tumour Foundation of Canada’s BrainWAVE and GOcervo programs, which offers pediatric brain tumour patients and their families a chance to have some fun and forget the routine of hospitals and treatments for a day. The Bloom family was also instrumental in starting the Brampton Brain Tumour Walk in memory of David.

In 2011, Ross McDougall and Roy de Vries, friends of the late Angus King, set up this endowment fund to give young adult brain tumour survivors the chance to fulfill their post-secondary education dreams. Their fundraising efforts started with their Concerts for the Cure and resulted in this $100,000+ endowment fund which annually allows one brain tumour survivor the opportunity to pursue their post-secondary academic dreams.

There are many side-effects of brain tumours and treatments that create significant educational barriers for children and youth, but thanks to the R. Angus King Legacy Fund, finances don’t have to be one of them.

William (Bill) Nash was a dairy farmer from Ingersoll, ON, who was diagnosed with a brain tumour in 1992. He employed and mentored many young adult students who found work on his farm, so it is fitting this legacy fund is created to expand knowledge. He was dedicated to finding a cure for brain tumours, committing a significant portion of his estate to fund a fellowship program targeting brain tumour research.

Bill passed away in 2007, and in 2009 the William Donald Nash Research Fellowship was created.  This fellowship encourages and enables young clinicians and scientists to enter the field of brain tumour research and will accelerate studies leading to a cure for brain tumours.

After his brain tumour diagnosis in 2003, Richard Mokyta became an ardent supporter and dedicated fundraiser for Brain Tumour Foundation of Canada.

He, along with his sister Alison, her husband Darrel, and Alison’s former business partner Howard Crone and wife Michelle, laid the groundwork for what would become the Richard Mokyta Research Fellowship. This fellowship encourages and enables young clinicians and scientists to enter the field of brain tumour research and will accelerate studies leading to a cure for brain tumours.

Richard passed away in 2016, but this legacy fund ensures the fight against brain tumours continues.

In 2012, Taite Boomer died of a brain tumour at the age of 20. He was a kind and caring young man, who touched the hearts of everyone he met. His family created the Taite Boomer Foundation after his passing, to ensure his legacy lives on in the fight against brain tumours. Part of that legacy is the Taite Boomer Brain Tumour Research Studentship grant.

These grants provide funding over two years for students doing projects related to brain tumour research. Taite’s mother, Lori, has underscored the need for more young people to enter the field of brain tumour research, and through this legacy fund, Brain Tumour Foundation of Canada has been able to do that for many years and many more to come.

On February 18, 2020, Allison, a 33 year old mother of three (all under 5), went to go see the doctor to look into a headache that was getting progressively worse. Within two weeks, Allison had gone from having a headache, to being told she had Glioblastoma. 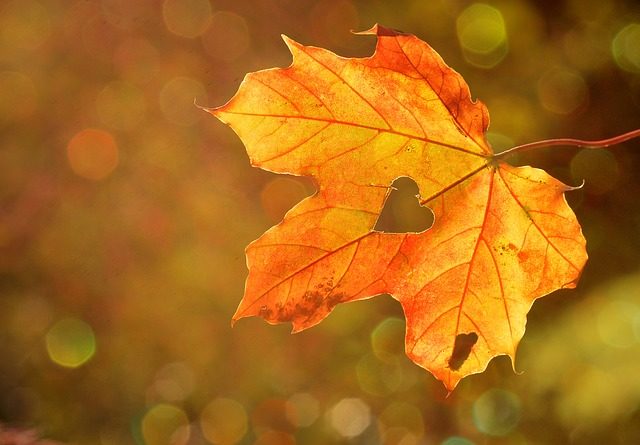 No matter how you decide to give, please know that we are grateful. Because of you, Canadians will live longer, better and with hope!

Learn more about the impact your gift makes
Back to Top