Chris Quinton always considered himself to be a healthy person.

“I always had headaches, but I brushed them off as being normal. You don’t expect to go to your doctor to hear you have a brain tumour,” he explains.

One fateful day in August 2015, Chris had a seizure and received the unexpected diagnosis– a Grade 2 oligodendroglioma, which is a type of tumour often accompanied by behavioural and cognitive changes. Physiological manifestations can include headaches, seizures, weakness, and even paralysis.

A month later, Chris underwent a craniotomy to remove the growth. In the ensuing months of his recovery, he faced speech and writing impairments, headaches, weight gain, and a new-found dependence on others.

In March 2016, he had recovered enough to return to work, and started volunteering with Brain Tumour Foundation of Canada.

It was then he decided to participate in the 2016 Brain Tumour Walk, having raised over $18,000 in funds since then. The funds have been directed towards research and treatment development for Canadians living with the disease.

In 2017 Brain Tumour Foundation of Canada celebrated their 35th anniversary.

Chris and his team of supporters had planned to walk at the 4th Annual Newfoundland and Labrador Brain Tumour Walk in September, hosted in Paradise, Newfoundland.

The fundraising goal for this walk was $15,000, with patients and families at the heart of the foundation. Their intention is to bring support, awareness, perseverance, and hope to those in the community who have been affected by a brain tumour. 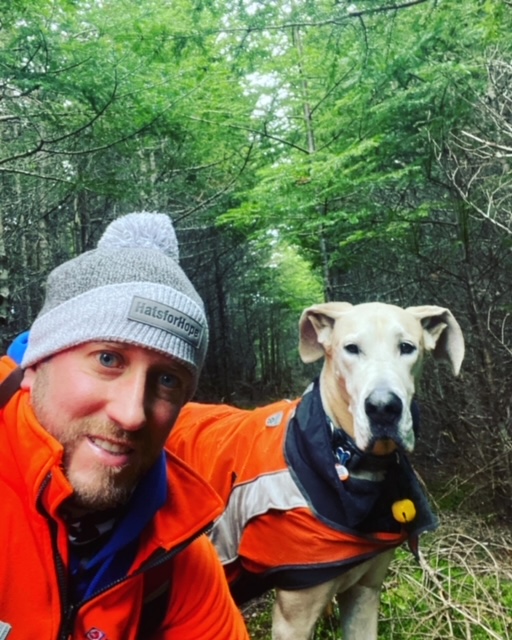 With almost four years in stable condition, Chris experienced another bout of seizures in 2019. The tumour had returned, and he was scheduled for another craniotomy in September 2019, followed by 30 rounds of radiation and 12 months of chemotherapy.

“This by itself was a challenge but during COVID added much more complexity and challenges,” he reflects.

In 2021, Chris was able to return to work. This year, he hopes to participate virtually from his home in Portugal Cove- St. Phillips, Newfoundland. He plans to organize a hike over June 17-19, 2022, joined with his friends and family.

“The Brain Tumour Walk is an opportunity for survivors and caregivers to get active together and share stories, collaborate, and network with each other,” says Chris.

Run by Brain Tumour Foundation of Canada and local volunteers, the event also provides the space to celebrate survivors, and to honor and remember those who have succumbed to this devastating disease.

“We believe that people affected by brain tumours should never walk alone,” he advocates.

Chris has since been able to thrive again, returning to his work and physical activities he enjoyed prior to his diagnosis, bearing one important difference in mind.

“I was quite a workaholic before the diagnosis, but now I have tamed that back and look for lifestyle balance. When it comes to work, it will still be there tomorrow,” he states, considering himself “very lucky”.

In a recent book that he read, two quotes by the retired US Navy 4-Star Admiral, William H. McRaven resonated with Chris, for living life and not losing hope: “Hope is the most powerful force in the universe” and “If you want to change the world, start off by making your bed”.

For Chris, hope is the desire for an outcome that makes life better for everyone.

Thank you! Chris Quinton, and Team Ashley and Chris!