In July of 2007, Paul Chapman started having headaches.

Since having a benign golf-ball sized brain tumour resected in 1995, he was very concerned. With the onset of these unusual headaches, Paul requested an MRI from his doctor, being concerned that he had another tumour.

“After too much Tylenol waiting for my MRI, I was sick to my stomach and could not stand it any longer, so my wife called the paramedics,” he says.

On his way to the hospital, Paul was able to communicate that he likely had a brain tumour. The paramedics relayed his opinion to the nurses, and that night he had an MRI and CT scan.

“A surgeon visited me the next morning and told me that in fact, I did have a brain tumour and they were going to remove it shortly,” says Paul.

“After wheeling me out of surgery, the surgeon commented on the size of my tumour, and I suggested he not compare me to one of his fishing expeditions. We laughed,” he remembers, as he recovered well from the surgery.

When the tumour’s pathology was determined, the doctors expedited all his treatments. Paul was diagnosed with a Glioblastoma Multiforme (GBM)- Grade 4 brain Cancer. Once he connected with the BC Cancer Agency, he met with a hybrid oncologist/radiologist from England, who informed him that he had six months to live.

“I said no. The doctor told me again that I would die in six months, and once again I said I would not,” affirms Paul.

“He told me that despite feeling good at the time, I would die in six months. Again, I said no, which agitated him. Out of frustration, he declared he would give me 12 months.” Paul remembers reaching out to shake the doctor’s hand and said, “Thank you, God!”. 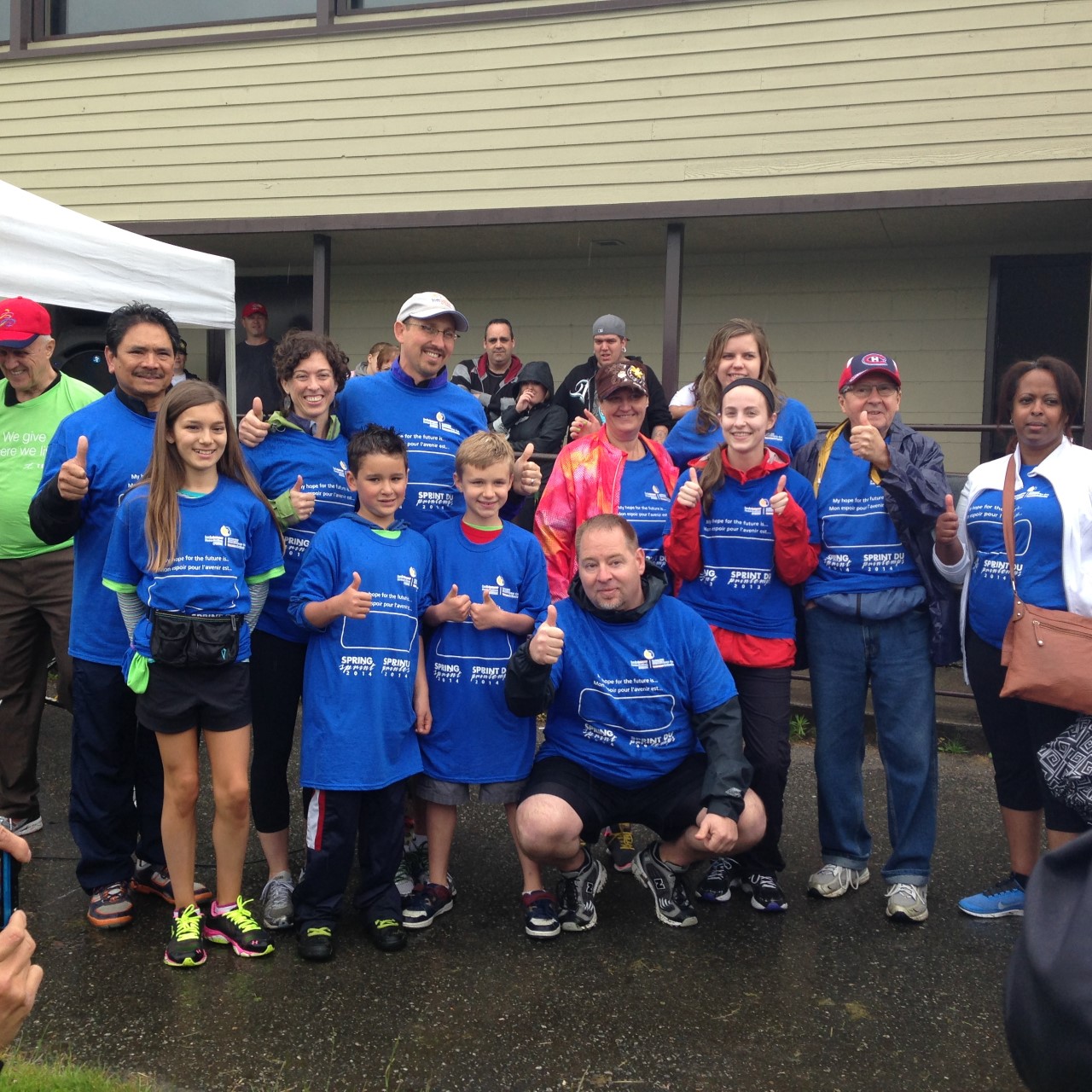 To complete the radiation sessions, Paul needed to be fitted for a mask, as he could not move his head, even by a millimeter; dire consequences could be the outcome otherwise.

“As I was being fitted for the mask, I asked the radiologist whether anyone had lived past six months with a GBM. He thought there was one person,” says Paul, who naturally wanted to know where this individual could be found.

It was then Paul related to Brain Tumour Support Group, which met monthly in the hospital. That same month, Paul met that person.

“He had lived seven years to that point, so now I knew for sure that I could do this. I really needed to continue being a father to my 5-year-old and 1-year-old girls and declared that I would not leave this planet with my girls needing their father,” he states.

Paul directly benefited from a comprehensive book on brain tumours, and their treatment options, which was published by Brain Tumour Foundation of Canada. He remembers “devouring” this resource in his three-day hospital stay, prior to the operation.

After the tumour was resected, Paul had radiation, followed by six months of pill-form chemotherapy.

“Amazingly, I felt quite positive about my situation after two months of chemo,” Paul reflects.

“I asked for an MRI to see how things were going. The results came back to indicate the remaining bit was shrinking, which excited me!”
After the next MRI 2 months later, the nurse practitioner’s face lit up with a smile, when she greeted him to inform him the cancer was gone. Paul agreed with his medical team to take the last 2 months of chemotherapy pills, to ensure he had the best chance at long-term survival.

“Four people from our Brain Tumour Support Group decided to give back to cancer research, which we were all indebted to. We formed a road biking team for the inaugural “Ride to Conquer Cancer”, fittingly called the “Brainiacs”, he says.

The ride started in Vancouver and ended in Seattle. A team of eight rode that first year, raising $34,000 for cancer research.

After 11 years of riding, Paul considered his team very fortunate to have David Desrochers as the Recruitment Champion, having raised over three million dollars for cancer research.

Why does Paul Chapman participate in the Brain Tumour Walk?

“Once you’ve been blessed to have a second life, most survivors will do anything to help others through the same affliction. I’ve never turned down an opportunity to help brain tumour patients have a better outcome. Sometimes you realize why you are here in this life.”