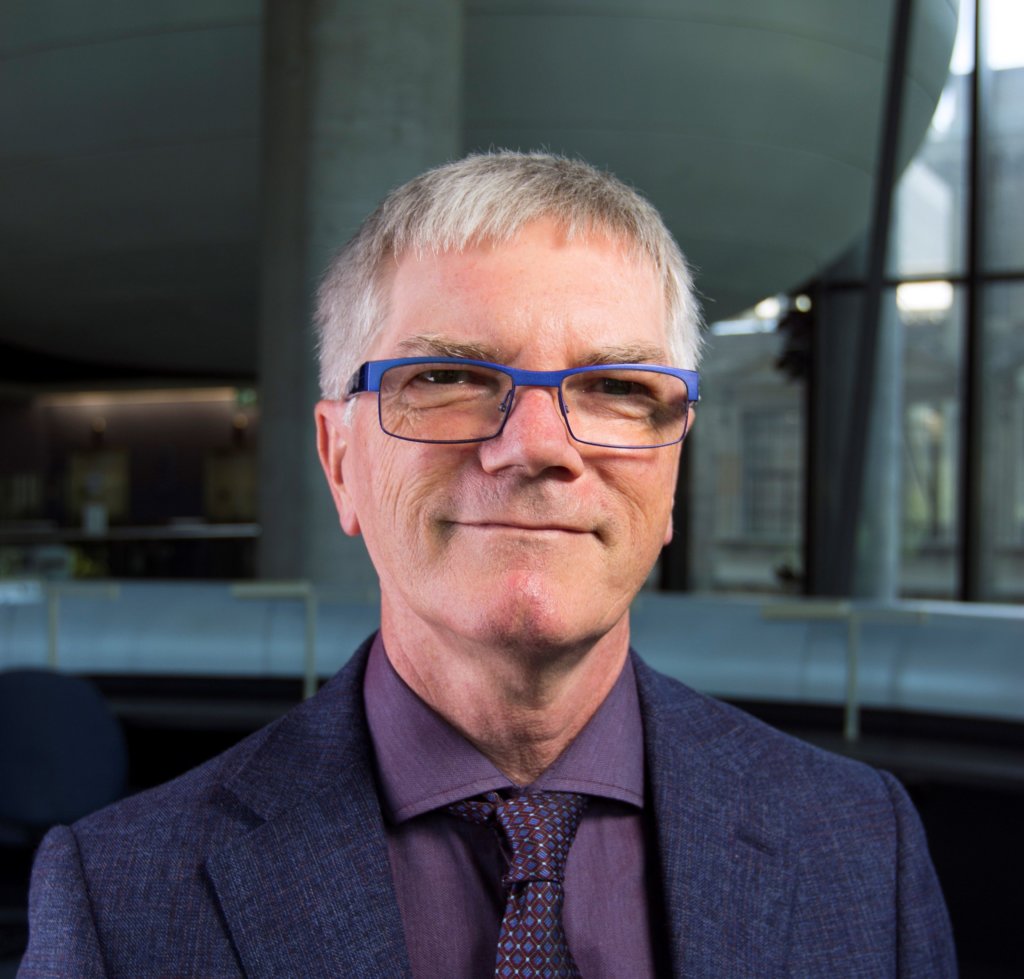 Funding for research is not only important – it is essential! “Behind The Research with Dr. Raymond Reilly”

In 2019, Dr. Reilly was the recipient of a Brain Tumour Foundation of Canada research grant. His project was titled, “Radiation Nanomedicine for Intraoperative Treatment of Glioblastoma Multiforme (GBM)”.

With the completion of his project, Brain Tumour Foundation of Canada reached out to learn more about what led him to his research project, the results, his team, and what is next?

What inspired you to pursue brain tumour research?

It is important to appreciate that in cancer research, one discovery builds on a previous discovery. So, our idea for a radiation nanomedicine for treatment of glioblastoma multiforme (GBM) emerged from our previous work in studying this approach to treat breast cancer tumours. In these earlier studies, we found that infusing a radiation nanomedicine, consisting of small particles of gold (gold nanoparticles) attached to a radioisotope, into a breast cancer tumour in a mouse, completely stopped the tumour from growing. We also found that there was no normal tissue toxicity, since the radiation was deposited only in the tumour due to the “anchoring effect” of the gold nanoparticles in retaining the radioisotope in the tumour. Thus, the radiation nanomedicine treats the tumour with radiation but avoids irradiation of normal tissues, minimizing any toxicity to these tissues.

One day, I was listening to a seminar being presented by Dr. James Rutka, a neurosurgeon who treats patients with GBM about some work that he was doing, studying gold nanoparticles to improve the delivery of chemotherapy to brain tumours. I approached Dr. Rutka after the seminar and told him that we were also studying gold nanoparticles but attached to a radioisotope for treatment of breast cancer and asked him if he thought this approach might work for treatment of brain tumours. Dr. Rutka was very enthusiastic about the idea, and so we partnered on an application to the Brain Tumour Foundation of Canada (BTFC) to study a radiation nanomedicine for treatment of GBM, the most common and most lethal brain tumour. We were thrilled to receive the support of the BTFC to test this new idea!

How do you motivate your lab and inspire others to do brain tumour research?

I have the privilege of supervising some very smart, dedicated and highly motivated graduate students pursuing their PhD degrees in cancer research in my lab. These students are driven each day to make progress on their research. Constantine Georgiou, a PhD student in my team is leading the BTFC project. He has achieved some very promising results studying the radiation nanomedicine for treatment of GBM. Conducting cancer research is challenging since most often our ideas do not work as hoped. However, sometimes, an idea works even better than we hoped, and when this happens, it is truly an awesome feeling and brings more than enough reward for all of the times that our ideas did not work! This is the case for our studies of the radiation nanomedicine for treatment of GBM, in which our results proved better than we ever imagined. These results make us even more motivated to study this approach further with a view to advancing this treatment to a clinical trial in patients with GBM in the future.

From the project Brain Tumour Foundation of Canada funded, what do you feel is the biggest takeaway for the general public? Does this differ from the takeaway for researchers? If so, how?

I hope that the biggest takeaway for the general public will be that scientists have lots of ideas to improve the treatment of cancer, but they need the support of agencies such as the BTFC in order to test these ideas. It was only through the support of the BTFC and donors to the BTFC, that my team was able to test this new idea for treatment of GBM. Another takeaway is to realize that a small amount of research funding may allow a team of researchers to test an idea, obtain promising results, and then obtain more substantial research funding from other agencies to continue to study the idea. In our case, support from the BTFC allowed us to obtain additional support from the Canadian Cancer Society to continue this research.

Is there anything that has surprised you from the results?

Not really surprised, but very encouraged to see that the radiation nanomedicine was effective for treatment of GBM tumours in mice.

Where do you go from here?

Why is funding for research so important?