Daniel Huang is a student at McGill University.

Current methods to treat childhood medulloblastoma (MB) are highly invasive and lead to poor quality-of-life while the three-year survival rate of patients afflicted with malignant glioma (MG) remains abysmal (<5%). The targeted use of Topoisomerase-1 (Top1) poisons to sensitize or augment tumour cell killing is a long-standing and powerful tool in cancer therapy. However, despite success against numerous non-neural cancers, its use in the treatment of pediatric and adult brain tumours has had mixed results as the neurobiology of the Top1-associated DNA repair pathways and the functions of the many of the key enzymes remain poorly understood. Mr. Huang’s research will serve to expand this knowledge base and translate his findings into a better understanding of Topoisomerase-1 biology in the context of neuro-oncology thus leading to improved Top1-based brain tumour therapeutic success.

About Daniel, in his own words… 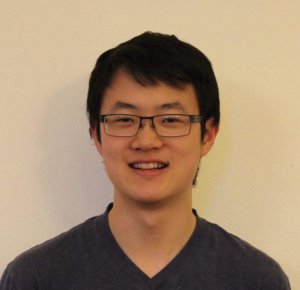 Being awarded a Brain Tumour Research Studentship means students like me get the opportunity to delve deeper into the exceedingly complex and little understood biology of the brain. It also gives me the privilege of working with the scientists and investigators who are unravelling this complexity every day.
The potential improvements in treatment that come from insights into brain tumour biology make this brain tumour research extremely useful and also absolutely essential. This potential motivates me to work hard and contribute to the research in any way that I can. And, with the support of donors who make the studentship possible, I am hopeful that some new knowledge on brain tumour biology will come from my time at Dr. Katyal’s lab.
Finally, this studentship is an unbelievable opportunity for me to personally explore areas of science that fascinate me, and in a way that would be impossible in any kind of lecture or class. Thank you so much to the donors and the foundation for giving me the chance to fuel my curiosity and contribute to this important area of research.

Over the summer 2015, I was able to make significant progress on my project examining the interplay between topoisomerase I and II (TOP1 and TOP2) in glioma cells.
Initially, our lab was able to generated 7 TOP1 knockdown glioma cell lines using shRNAs delivered by a Lentiviral strategy. Using western blot I observed TOP1 knockdown ranging from approx. 33% to 80% in these cell lines. Next, I examined the effect of TOP1 knockdown on TOP2 expression. I found that some cell lines increased TOP2 expression while others decreased TOP2 expression, suggesting some underlying genetic differences that may influence how TOP1 and TOP2 are regulated. Surprisingly, we found that expression of ATM, a kinase that is recruited and activated by DNA double breaks as part of the DNA damage checkpoint, mimicked and/or mediated changes in TOP2 expression in these cells.
We then investigated the interaction between chemical inhibition of TOP1 by camptothecin (CPT) and TOP1 knockdown using shRNAs. I used immunofluorescence imaging of yH2AX (a histone variant present in damaged DNA) and comet assay to track DNA integrity. We found that TOP1 knockdown alone was able to induce significant DNA damage in cells. Unexpectedly, we also found that TOP1 knockdown cells proliferated faster than untreated cells. Moreover, we observed that TOP1 knockdown contributed to increased DNA damage in CPT-treated cells. I then tested for cell viability after CPT treatment; I also found that TOP1 knockdown actually reduced the sensitivity of cells to CPT treatment, thus making them resist DNA damage induced cell death. This result mimics CPT-resistant cells that are often found in advanced Glioma tumours, and thus suggests that TOP1 and TOP2 may play a central roles in CPT-mediated resistance.
We ultimately diverted our attention away from out initial goal of comparing medulloblastoma and glioblastoma responses to TOP1 knockdown and CPT treatment to pursue the unexpectedly large differences that we saw in glioma cells alone, possibly suggesting subtypes of Glioma which may account for differential sensitivity of gliomas to chemotherapeutic regimens. We are now in the process of teasing out a possible mechanism to explain these differences, and my research has provided some initial clues for this mechanism.
Next summer, I hope to expand on the data I have gathered this year. First, I hope to generate stable genetic knockouts of TOP1 using the CRISPR-Cas9 system of DNA editing. Then, I hope to further examine the interplay between TOP1, TOP2 and regulatory proteins that control DNA damage checkpoint and repair pathways. Our lab has already begun examining the effect of ATM inhibition on TOP1 knockdown cells to see if ATM loss will disrupt TOP2 induction or repression. I am also hopeful that I can further assess the DNA damage being induced by TOP1 knockdown to see if this damage is simply a result of increased proliferation. Through this, I would like to begin elucidating why cells that have increased DNA damage with TOP1 knockdown are nonetheless more resistant to CPT-induced cell death, even as CPT induces further DNA damage.

Over the past two summers at Dr. Katyal’s lab, I have investigated the role of Topoisomerase I (Top1) in glioblastoma multiforme (GBM) brain cancer, the deadliest and most common brain cancer in the world. Top1 is a protein that relaxes strained DNA by generating transient single-strand nicks. My project focused on whether deliberate disruption of Top1 and its closely related cousin, Top2, by Top1/2 poisons like camptothecin (CPT) and etoposide can induce DNA damage and cell death in aggressive brain tumours like GBM.

I first determined changes in protein expression in 7 Top1 knockdown (shTop1) GBM cell lines and found, in all but one cell line, increased expression of both DNA double-strand break repair proteins and Top2. I then characterized the DNA integrity of these shTop1 cells and found increased DNA damage compared to the control. Examining the effects of Top1 loss on cell growth and sensitivity to Top1/2 poisons, I also found that shTop1 cells grew significantly slower than regular GBM cells and showed greater resistance to CPT treatment. Finally, I found that shTop1 cells where Top2 was upregulated upon Top1 loss showed increased sensitivity to etoposide, while conversely the the shTop1 cell line where Top2 was not induced showed decreased sensitivity.

These findings point to differences in Top2 induction in GBM that may affect the sensitivity of tumours to Top1/2 poisons. For GBM patients, this means greater care must be taken to characterize the cancer before deciding on treatment. Better characterization would allow those patients with the right Top1/2 induction profile to use a combination treatment that may have greater efficacy than current therapies. Moving forward, my lab would like to investigate the mechanism of Top1/2 interaction, specifically if Top2 induction is connected to Top1 loss by DSB repair proteins. Understanding this mechanism would provide more targets for novel chemotherapies, and most importantly help to improve the efficacy of current ones.

With the opportunity provided by this studentship, I have experienced many facets of the process of scientific discovery, from the satisfaction of successful experiments and promising data to an appreciation of the intellectual integrity that makes research reliable and reproducible. This studentship has given me more insight into the everyday business of scientific research. I definitely plan to incorporate research into my career, and I hope it will continue to be in the field of brain tumours. Knowing that I might have an opportunity to fight such a deadly disease, in both the clinic and the lab, motivates me to make such a career a reality. Thank you to Brain Tumour Foundation of Canada, and the donors, for giving me such a valuable experience.
Back to Top
Next Research Recipient