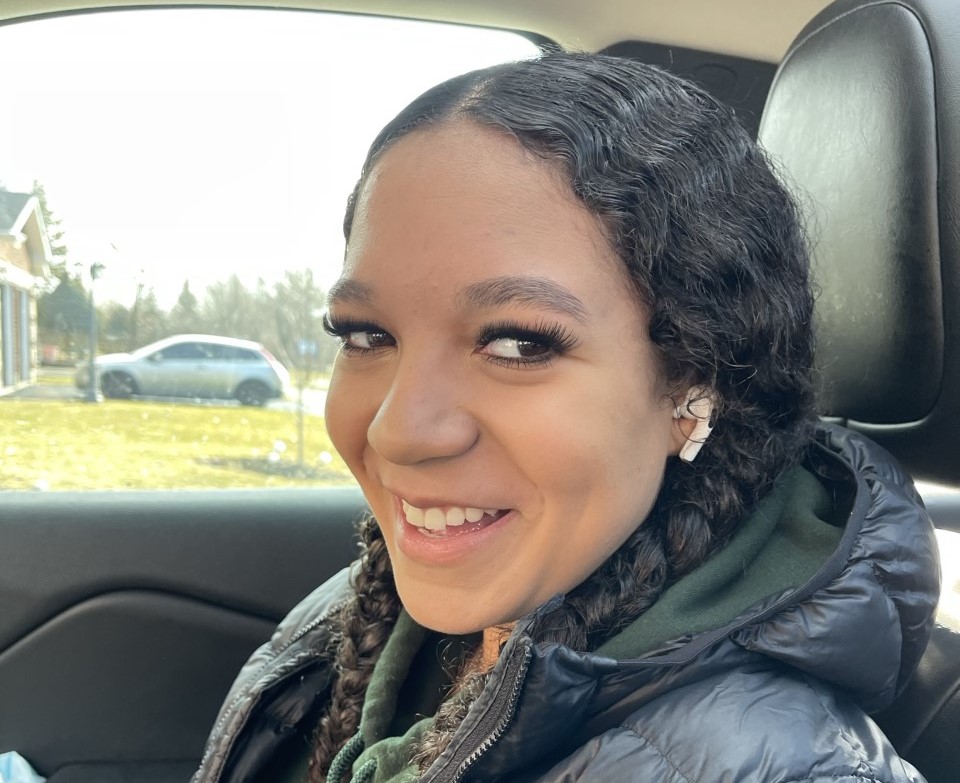 “Based on the size of the brain tumour, it’s a miracle she didn’t experience further trauma and complications.”

In February 2022, Ava’s chronic headaches and consistent nausea became incredibly debilitating. She was sleep-deprived, absent from school, and felt too ill to be interacting with friends and family.

Ava was taken to the emergency room on three different occasions. An MRI was requested and resulted in a life-altering trip to SickKids Hospital in Toronto, Ontario.

An MRI revealed a large tumour on the left side of her brain, classified as a high-grade glioma anaplastic astrocytoma, identifying a mutated gene, MSH6.

Specialists were surprised that she wasn’t exhibiting seizures and speech impairment, based on the mass and location of the tumour.

“From what I understand, she’s one of the rarer fortunate ones. Usually there are finger-like projections, but she didn’t really have that,” says Savannah.

Ava’s surgery was performed by the great medical team of oncologists, led by neurosurgeon Dr. George M. Ibrahim. The tumour was successfully removed.

She was monitored and a treatment plan was implemented. Ava’s treatment was 6 weeks of radiation every day, at Princess Margaret Hospital. She had one round of chemotherapy; according to her oncologists, she would be a prime candidate for immunotherapy. 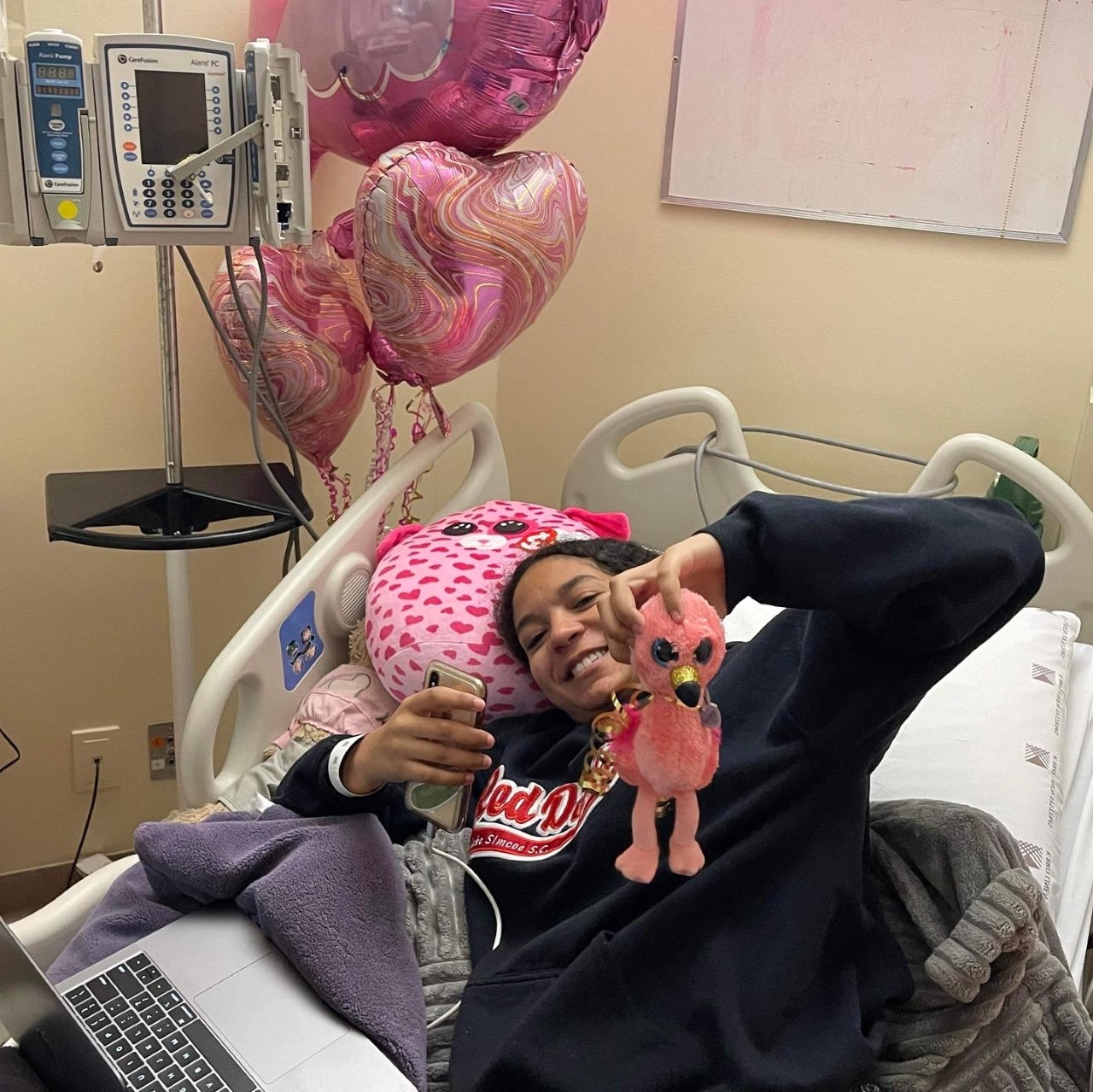 Every month for two years, Ava will have this procedure carried out.

“Aunt Beth says that Ava experiences good and bad days, but overall, she’s managing quite well. She’s doing much better than she was prior to surgery. Ava will have treatment for two years, and we pray regrowth will not occur,” says Savannah.

After she was diagnosed, Ava often missed school and was unable to attend social gatherings.

“It’s been tough on her. I think the hardest part was seeing a 12-year-old go through this journey. They should be enjoying their childhood worry-free,” expresses Savannah.

“It was tough as our family gatherings became increasingly sombre. The normal comfort of being together felt like there was an elephant in the room.”

Not knowing what the future holds takes a toll on Ava and her family and will for the duration of her journey.

Savannah’s grandma and Aunt Beth found this especially hard, because of their fear of what could happen to Ava.

“My Aunt Beth is trying to be very strong for Ava and her older brother, Mason. We all wanted reassurance, but we were not able to give answers to all questions we had up to that point,” she explains, describing the journey as a “rollercoaster ride”.

“It’s been scary and unreal to fathom. We are still in shock about her situation. We’re obviously hoping she is going to be cancer free, and this will all be over, but we don’t really know,” she explains.

Ava enjoys hanging with friends, being outside, TikTok, swimming and shopping. Unfortunately, her illness and recovery have impacted her social life. She was uncomfortable having conversations with her friends about her experience.

“It’s been a tough year for her to say the least.”

Savannah Swift has many supportive roles in her daily life. For almost 10 years, she has been a personal trainer. She is the proud owner of her business Live Swift Fitness. Throughout the pandemic, she taught online classes.

Savannah has recently started teaching and coaching in person, having renovated her garage into a fully functional gym!

She volunteers for St. John’s Ambulance and works part-time for York Simcoe Transfer Service; transporting non-emergency patients to their medical appointments and require a stretcher or chair lift, for example.

“I participate in numerous public events throughout the year. Right now, I’m training my puppy to be a service dog,” Savannah says with a smile.

She is also a paid on-call firefighter in East Gwillimbury. She is heavily involved in many areas of the emergency services sector.

“I’m the type of person who sets a goal and will do everything I can to achieve that target. I can relate that to firefighting; I’ve had to work hard to endure the testing, to pass, and become a full-fledged firefighter,” she proudly states.

There are generations of influential firefighters in Savannah Swift’s family.

“My grandpa was District Chief of Queensville Fire Department in East Gwillimbury. My dad, uncle and boyfriend are firefighters. They make the profession exciting because they’re very supportive and are major influencers in my life. I see them as role models and having them have my back.”

Her cousin Mason also desires to follow in their firefighting footsteps.

“My family has been behind me with all my risky endeavors I have pursued. I’ve always had family and friends who supported decisions I’ve made in my life. I want to provide that for Ava, and for her to realize how many people love and support her,” she says.

Immediately after Savannah was told that her cousin had a brain tumour, she began to research Ava’s type of tumour. 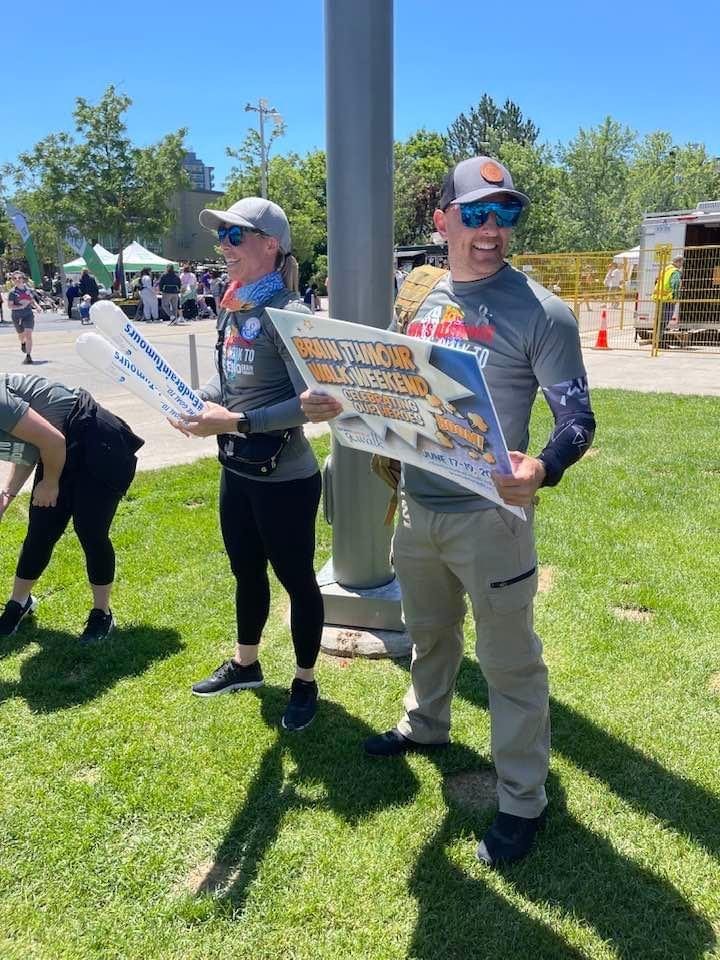 “I typed in Brain Tumour Foundation of Canada on Google, and it popped up. What are the chances that this happens, and there’s a brain tumour walk coming up this summer?! I had no idea this event even existed until I started researching,” expresses Savannah.

“The first time I’d ever actually read about the foundation, I knew I was going to be coordinating my first fundraiser event.”

Throughout Ava’s difficult journey to recovery, she has shown tremendous strength and courage! Her family and friends—AKA “Ava’s Alliance” will be with her, every step of the way!

“I made the decision to participate in the Brain Tumour Walk, and I thought to just give this a go and see what happens. This first one hit home, because she is my cousin. I wanted to do something special for her,” states Savannah.

Throughout the COVID-19 pandemic, many events were cancelled.

“We agreed on the date, time, and place on where we would gather for our inaugural walk. We made it intimate and accessible for all of us to participate.”

Savannah encourages people to participate in any way they feel comfortable. Any contribution or donation received was greatly appreciated, especially the big presence of supporters at the Brain Tumour Walk.

“My boyfriend and I created unique shirts for her and our group. Our new team is called “Ava’s Alliance,” which had nine dedicated team members. We rallied, and walked on June 18, 2022, in Newmarket, Ontario.”

The event was becoming something bigger than Savannah had imagined. The donations started to pour in, and she was growing more and more excited!

“I set my target low, because I wasn’t sure how much money I would be collecting,” she explains, still amazed at the results.

“People are far more generous than I ever imagined! From 91 donations, we raised $13,000! I wasn’t expecting that whatsoever!”

This spoke volumes to Ava and her family, in seeing how many people are supportive of her, and her recovery.

Savannah’s experience of the walk is connecting with the brain tumour community; by giving support, sharing stories, and raising funds so they do not feel alone.

She plans to make the walk an annual event. Savannah hopes to bring awareness, while increasing funds for research and needed care for those affected with a brain tumour.

“I want to celebrate Ava’s success,” she expresses. 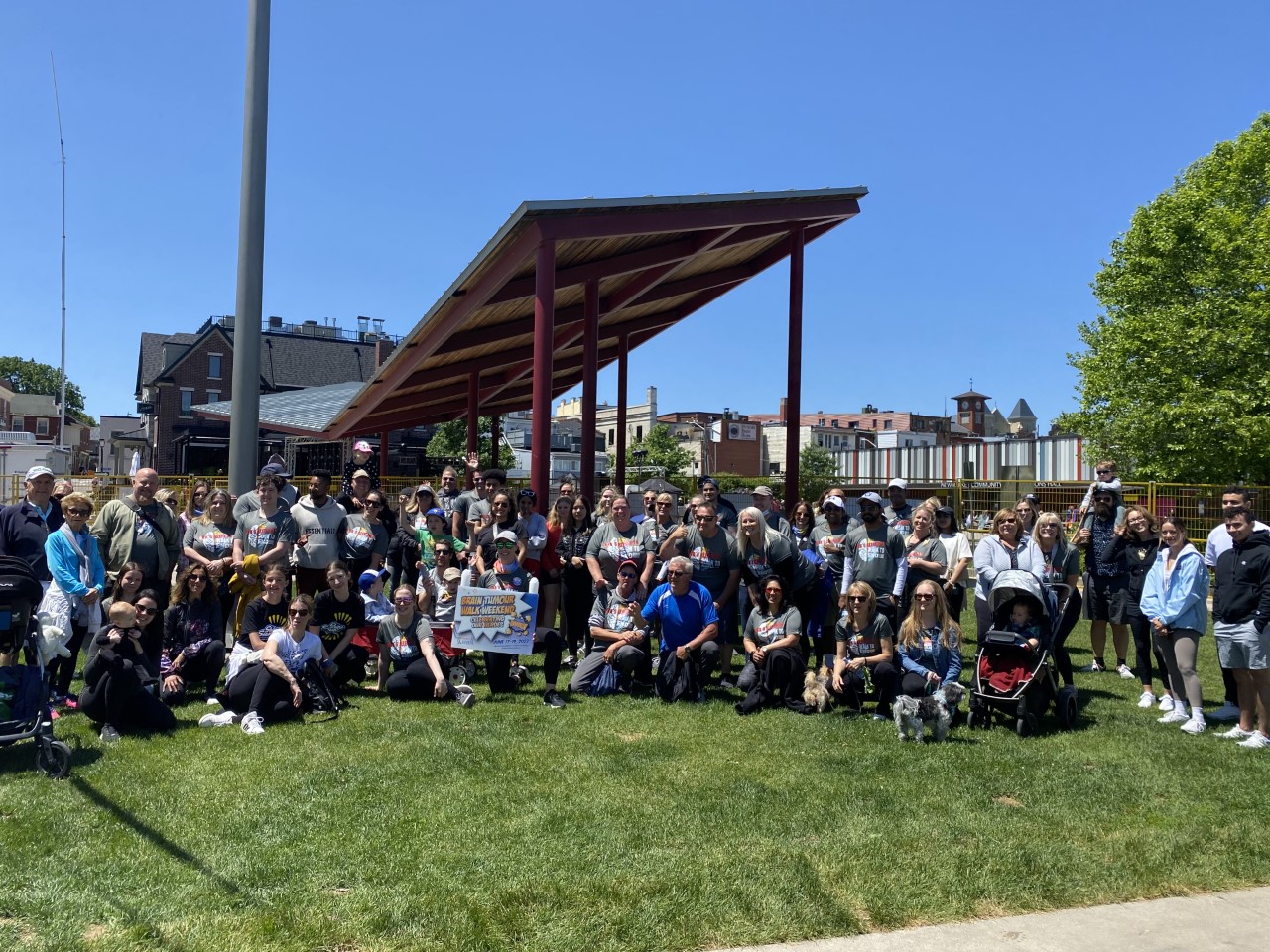 “I hope to inspire her and others to keep fighting, and to stay positive. She’s cancer free now!”

Savannah is very grateful for the walk and Brain Tumour Foundation of Canada, and what they represent within the brain tumour community.

“It was incredible to have so many people get together for a great cause, and I didn’t realize the impact of having everybody there! We were all standing, supporting, and spending quality time with Ava. Our relationship is stronger than ever before!” Savannah exclaims.

For Ava and her family, seeing the vast amount of supportive people in attendance was overwhelming.

Savannah says that Brain Tumour Foundation of Canada was a way of providing hope.

“I feel the word hope is a manifestation of what you want to be a positive outcome. You are always thinking good thoughts and hoping for the best,” she expresses.

“Nothing worth having comes without some kind of fight!”

“I remember somebody saying that to me when I was a teenager. Every time something gets hard in life, I always think about that lyric from The Barenaked Ladies,” Savannah smiles.

For her, this means her cousin—and many others with this illness may live a long and beautiful life!