Carol Webster Simmerling and Janet Ross Scott are close friends and have been connected for many years. Their children had grown up together during the summers, and they often spent time at their cottages in the Georgian Bay area. Here, they are a very important part of the community.

In 2016, Janet was diagnosed with a brain tumour. It was discovered as suddenly as it had appeared in the form of a seizure. Soon after her diagnosis, she had surgery.

“Anyone who knows Janet was very moved at that point in time. Life challenges to that extent are shocking. She is a few years younger than I am. It was worrying for everyone who thought her life might be in jeopardy,” reflects Carol. 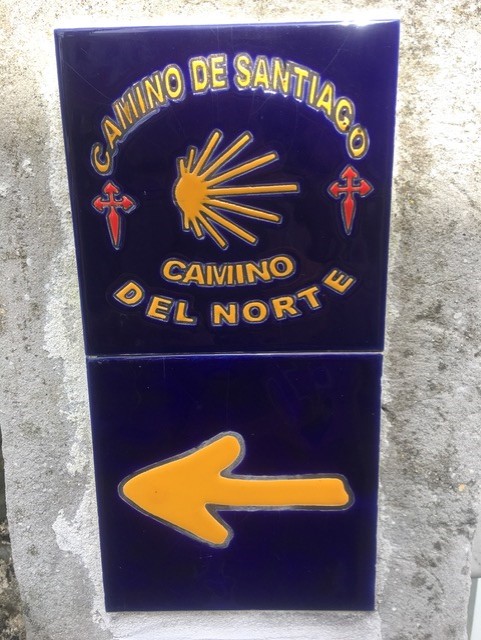 Janet Ross Scott is also the major influence and inspiration behind Carol’s decision to create a fundraiser out of her Camino walk.

It was then that Carol was referred to the friendly folks at Brain Tumour Foundation of Canada.

“I approached Janet around three or four years ago, asking which group or agency had been most supportive or helpful for her since the diagnosis. I didn’t know they were connected through her medical team. I never heard of the organization; I thought it was just for Canadian Cancer,” she remembers.

The process involved collaborating back and forth with staff members to create a story. The introduction would serve as an appeal to reach out to people to raise hope, awareness and donations through a program or fundraiser.

She was able to create her event via the Your Way page, through the #endbraintumours.ca website, and was determined to make the journey with a brain tumour full of love and support.

Since the tenth century, the ancient pilgrimage trail Camino de Santiago, or “The Way of St. James” has inspired millions of followers. There is an understanding that St. James’ bones were originally found in a church in Northern Spain but have been moved to the Cathedral in Santiago de Compostela.

To this day, many follow the routes on a spiritual path for growth and healing. The lush northern coast of “Green Spain” hosts breathtaking beaches and fishing villages in the Basque Country, Cantabria, Asturias, and Galicia.

Her account of the journey is available on various social media platforms. She engages the reader by seamlessly painting the sublime beauty of northern Spain through her words and pictures; from the enchanted forests, rolling landscapes, fruitful orchards, and quaint, vibrant villages. 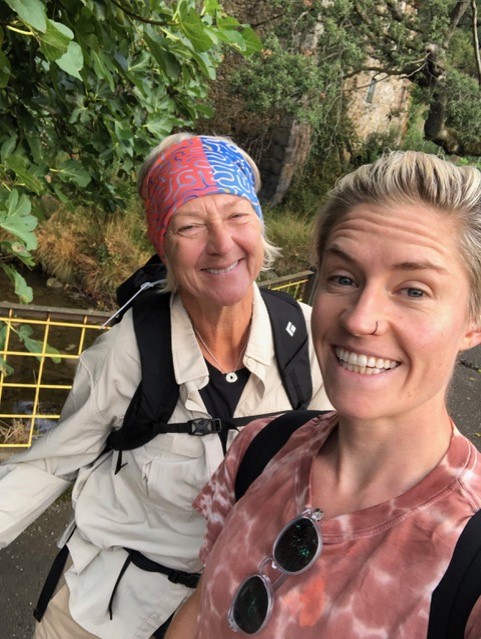 On September 5th, 2019, Carol, and her daughter Georgia Simmerling, began the Camino del Norte trek in San Sebastian. Forty-five days and over 800 kilometers later, they would end in Santiago de Compostela, connecting with ‘peregrinos’, or ‘pilgrims’: traveling from the United States, Belgium, Netherlands, Ireland, Germany, Slovakia, Poland, and Czech Republic.

She is very proud of her daughter; a four-time Olympian, and lovingly refers to her as her “Centurion– navigator and personal coach” Carol was overjoyed as Georgia had left the trip after ten days.

Having walked Mount Kilimanjaro in 2012, Carol embraced the opportunity to view an outdoor public reproduction of Picasso’s Guernica, or a day trip to the Guggenheim Museum in Bilbao. On her days off, she attended Mass and explored the seaside cliffs in Santander.

“There’s something to be said about being the captain of your own ship!”

Carol also appreciated the solitude of being a sojourner. The northern Spanish coastal terrain tends to be hilly and rocky in its elevation and can be daunting to navigate. Her optimism, however, transformed the challenging climbs into significant ones.

“It’s harder, it’s tougher, but as an adult, I started to appreciate that if you put energy into something, you can most likely achieve it”.

She came well-prepared for this journey, ensuring she was equipped with sturdy walking poles and HOKA running shoes, and had extensive training. She sees herself as being very fortunate, “I had good weather, with probably only four days of rain, which is amazing because it can be a very rainy coast”.

Although she spoke little Spanish and had understandably experienced loneliness, Carol completed each day with a renewed sense of adventure, accomplishment, and mastery. She showed remarkable courage and faced her fear of heights, when she crossed the 600-meter bridge over an estuary that connected Asturias to Galicia. She views it as a “test of composure”. 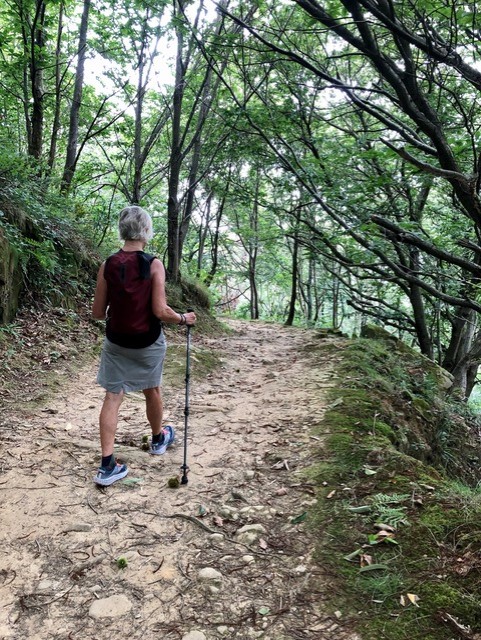 For this journey, Carol paid for all her travel expenses and accommodations, with all pledged support going to Brain Tumour Foundation of Canada. Being part of a tour company that arranged her accommodations, she stayed in simple hotels, walking with a light day pack and knew her destination every night.

She was able to download the “Your Way” app and was easily able to track her progress as the donations grew exponentially, “working with the app is very good. It is helpful and if I have any questions, staff always respond quickly,” she raves.

Carol thanked everyone for their contributions through the “Your Way” app, and mailed a beautiful, handwritten card to her generous donators. She remembers a donation of $6500 and was touched by the personal message it had attached, as the contributor and his five siblings lost their mother to a brain tumour.

Having raised over $31,000 on the Camino del Norte, Carol appreciates her brother, George Webster, with whom she shares a family summer place. She is deeply touched by the amount of donations her campaign has received from the residents.

“My brother sells property in the Georgian Bay. George knows everybody up there and has personally reached out to many people, and it happens that they have very deep pockets for my cause. He and the association had a pitch in their newsletter. They were unbelievably generous. I have had donations that I never believed I would. I had a couple of friends that I hadn’t seen in 20 years. They found it inspirational!” she smiles.

At the age of sixty-six, Carol Webster Simmerling has already had a lifetime of meaningful experiences. These reflect in her career as a social worker through the Ministry in Vancouver, and a child protection worker.

After years of living in Vancouver, she sold her house and moved to Calgary to be with her four children and seven grandchildren. She was meant to do a walk at that time, “but it was too good of an offer, which needed to be closed in those six weeks!”

She loves skiing, walking, and spending time outdoors with her Golden Retriever. She also enjoys learning, teaching, and practicing yoga. 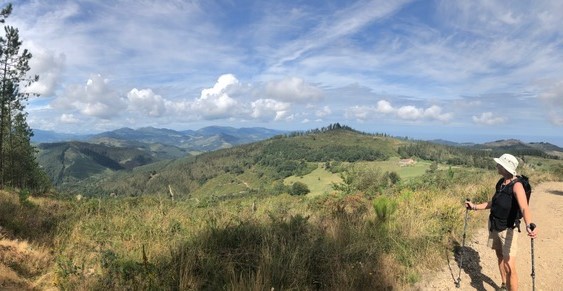 “I thought, why not create a purpose, and set an intention for this journey? Why not undertake an endeavor that would support and make a difference in others’ lives too, not merely my own? Everybody knows someone who has experienced a brain tumour. It’s not some obscure disease, and there are so many Canadians affected,” Carol states.

She is moved by the kindness and enthusiasm the organization promotes, through a dedicated team of volunteers, survivors, patients, family members, health care professionals and staff.

“Janet had spoken so highly of them, and how they had made a difference for her and her loved ones. I am impressed by what they do. My relationship with Brain Tumour Foundation of Canada was very helpful,” she says.

Carol encourages people to create the initiative by offering enthusiasm and excitement behind it, “People are attracted to that, and they find it inspiring! It was a brilliant, wonderful experience for me.”

On behalf of Brain Tumour Foundation of Canada and the brain tumour community, Thank you, Carol Webster Simmerling!

Back to Top
Next Courage