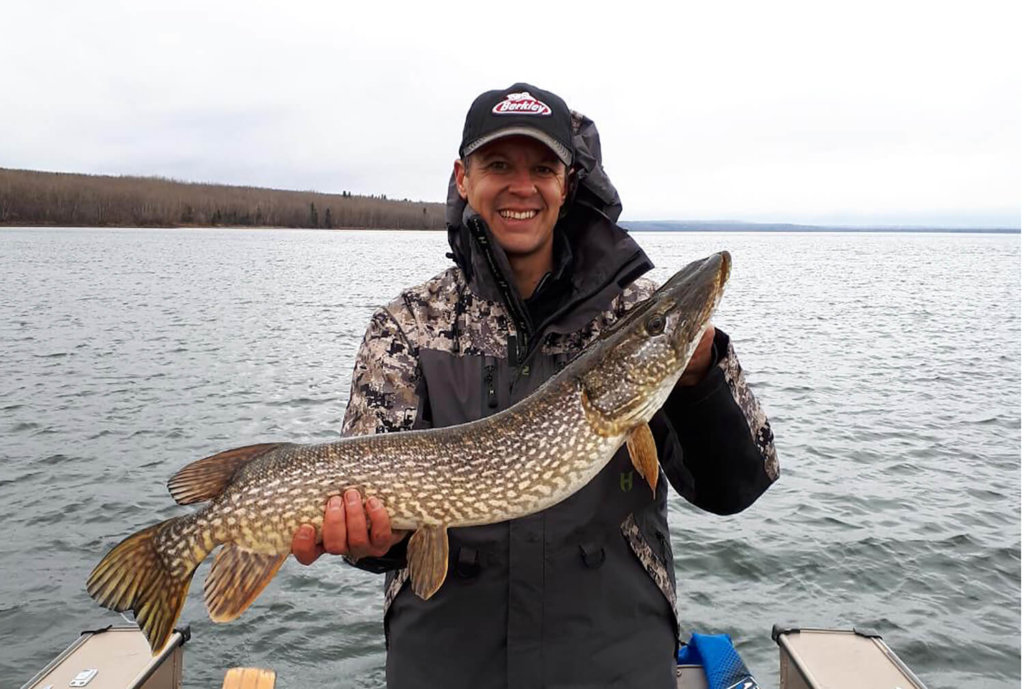 James has always been a fit man – physically and mentally. It’s just part of who he is.

So it came as a surprise when a seizure at the gym sent him to hospital. Even more surprising was his eventual brain tumour diagnosis.

“I had no symptoms prior (to the seizure). I felt great, had regular checkups, there was nothing abnormal at all,” he says. “That’s kind of one of the two paths you seem to take. You either have nagging, chronic health problems, or it’s out of the blue.”

Following the initial grand mal seizure, he also began experiencing smaller mini-seizures. He describes it as the right side of his body going “kind of tingly” for 30-45 seconds before disappearing. After starting anti-seizure mediation, he was down to about three small seizures a week.

James received a CT scan almost immediately, which revealed a brain tumour. On examining the scan and a subsequent MRI, his neurologist suspected a grade 2 oligodendroglioma. Post-operation pathology would later confirm this.

At the time, the options put before James were a biopsy or removal, which would provide a much better sample. Initially, he said he was given a couple of weeks to digest the information, but even then, he was inclined to choose surgery. His neurosurgeon, Dr. Richard Fox, agreed.

James put his complete trust in his medical team, leaving the information to the professionals. There is too much misinformation on the internet, he says, and too many instances where people self-diagnose, rather than wait for qualified, medical opinions.

Following his surgery, and before he even received the results on his tumour, he was contacted by the Cross Cancer Institute, who provided James with a copy of Brain Tumour Foundation of Canada’s Brain Tumour Handbook. They also provided information on chemotherapy and radiation, which he would soon undergo.

The best he could do for himself and his doctors, he said, was to make sure he was otherwise healthy.

“I have to look after myself to take care of the time they invested in me,” James says. Everyone from the ambulance staff who responded to the call, to the surgical staff, oncologists, radiation techs and MRI operators, all played a part and invested their time to make sure he got better.

“Yes, it’s their job, but I have a job too,” James says. “It’s not just get fixed and choose an unhealthy lifestyle. I’m a big investment here.”

A good majority of James’ tumour was removed, and looking at his MRIs now, he can see the void where it used to be. His chemo was completed in late 2019, and MRIs at the time revealed his tumour was stable.

Fitness was a big part of James’ recovery, physical and mental. Even in his roughest days, it was something he worked hard on. It’s not always easy, he says. Finding out you have cancer definitely throws a wrench into one’s life gears.

“You can’t dwell on your diagnosis,” James says. “You have to keep that positive attitude.

Just like with physical fitness, mental health requires realistic goals. One way to maintain your mental fitness, James says, is to avoid grandiose plans and goals. Rather, deal with challenges as they arise, and keep up your positivity.

Most of all, seek help. It’s out there.

“You have to be willing to roll with it and take it as it comes,” he says. “There are people out there who will support you.”

James is one of those people.

While going through in-hospital care and during recovery, James knew he wanted to give back to the brain tumour community in a meaningful way. That led him to Brain Tumour Foundation of Canada’s western Support Services Specialist, Cheryl Bauer.

Though he had no plan other than offering his help, Cheryl had a perfect project in mind for him – a localized resource guide for people in the Edmonton catchment area.

For many years now, the Edmonton support group community wanted a local guide that would list all the resources available to the brain tumour community in a single document. James, Cheryl says, was well-suited for the job because of his lived experience as a patient.

“What struck me about James was his leadership, his thoughtfulness, and his first-hand experience,” Cheryl says. “He has quickly demonstrated his leadership abilities.”

James modestly describes his role as ‘mostly networking’. However, he is making important connections between Brain Tumour Foundation of Canada and Edmonton-area services to ensure brain tumour patients can access up-to-date, relevant support.

The irony is, had he not been given the Brain Tumour Handbook by the Cross-Cancer Institute, he never would have known about it. The handbook is full of great information, he says, but it’s not always getting to people who need it most.

“It’s well-written and touches on everything that needs to be done,” he says. “But it’s not necessarily making it into everybody’s hands.”

On the anniversary of his seizure, James returned to the gym and completed his run around the track that was cut unexpectedly short the previous year. One of the other gym goers pointed out the woman who had called for help during his seizure, so he took the opportunity to thank her in-person.

The woman noted there were a number of people there who helped James out, even though he had zero recollection of it. Now, what should have been closure just led to more questions.

“I thought I passed out,” he says. “I must have been somewhat cognizant.”

James is back to a daily gym routine and recently took part in the 24-week Alberta Cancer Exercise (ACE) program, which studies the benefits of exercise for people diagnosed with cancer. His father, who was treated for prostate cancer, is also enrolled.

You only get one body, and James is determined to keep his in tip-top shape while helping others find the resources they need to do the same.