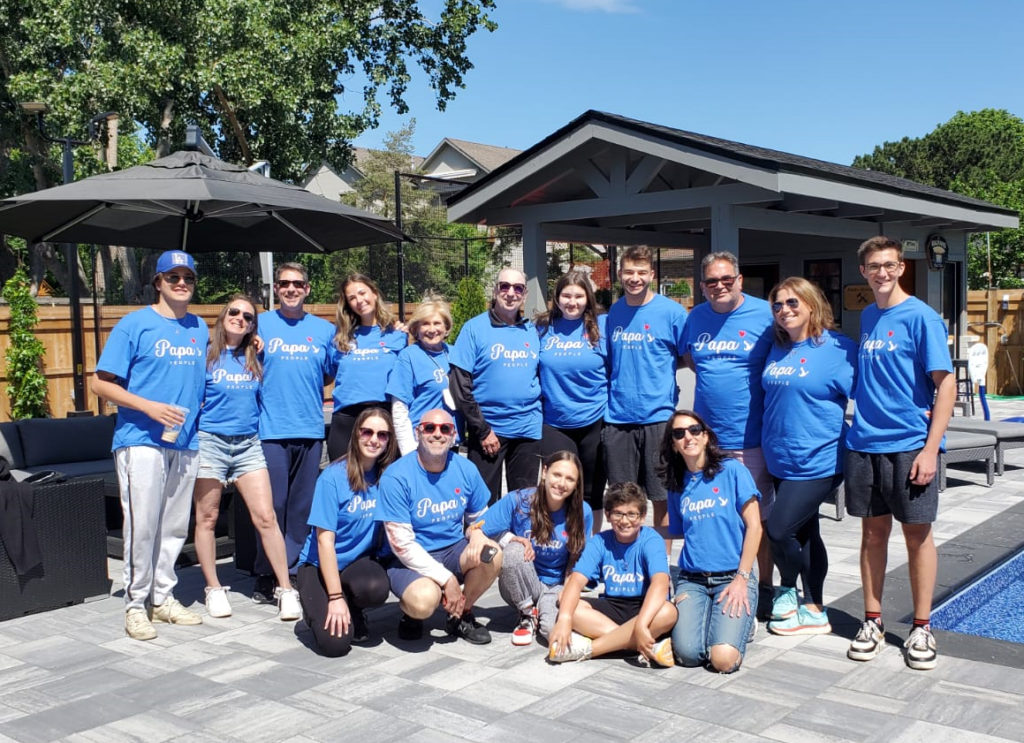 “Where to begin? It starts with hard work and sacrifice,” states Jenn Radovitzky.

“I’m extremely proud of my kids, 22 and 10 years of age, and my entire family! I’m one of four kids, the youngest and only daughter. Three of us live in Toronto, and one in New York. I was a teacher in a former life,” she smiles. 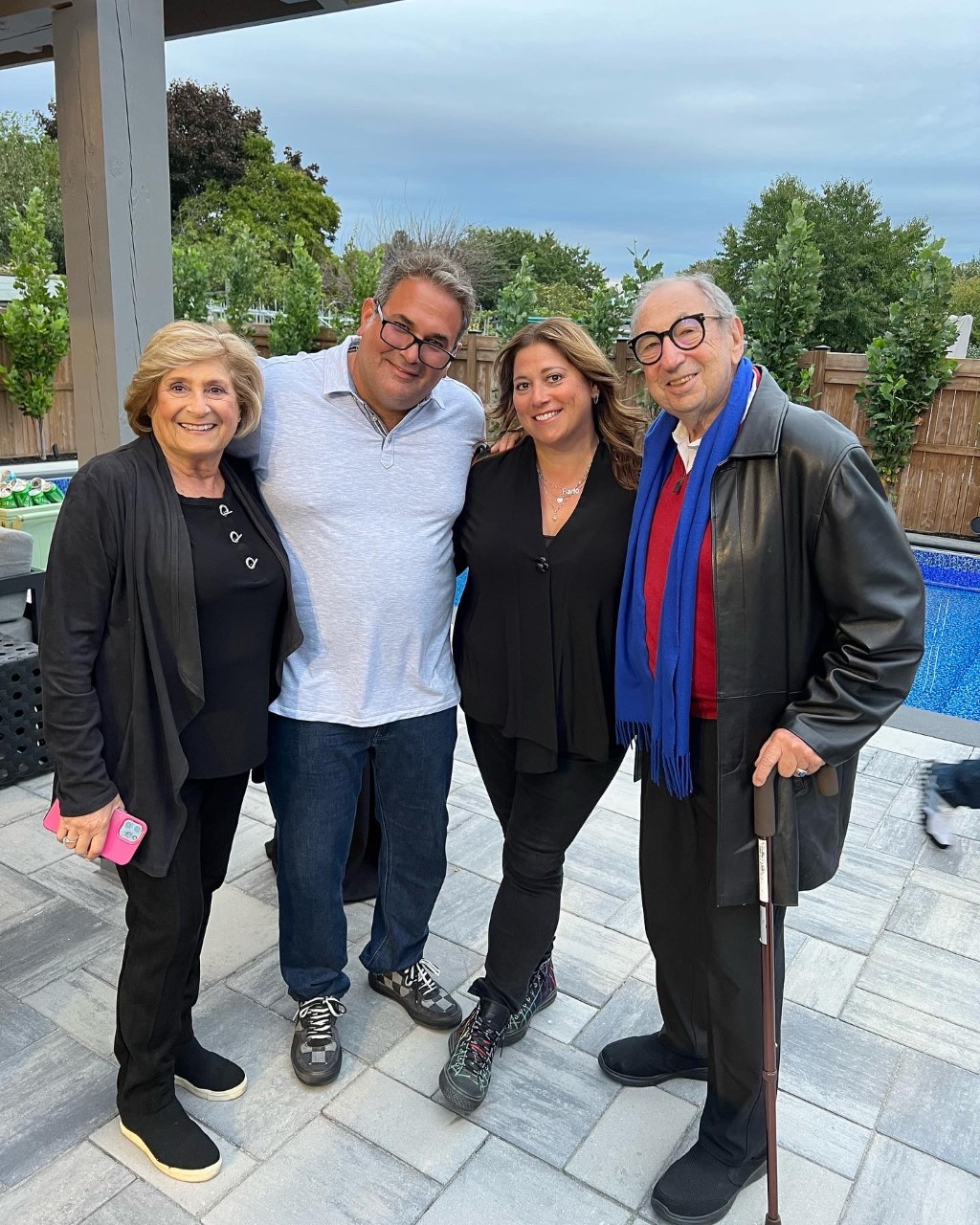 She lives and works with her husband, Ofir, who have been together for 10 years. As a couple they have successfully established a company called Rado General Contracting in Toronto, Ontario.

“My husband is the guy who is always available to his clients. We have such a mutual love and respect for each other and have found a middle ground of his best and my best at heart.” Jenn lovingly expresses.

“We really focus on liking and respecting who you see in the mirror. That’s sort of been our guiding light for the last while.”

Her and her family prepares sandwiches and bakes cookies for Ve’ahavta, which are donated to Toronto’s homeless community.

Jenn has been involved in many walks, fundraising events, and organizations. On the rare occasion that she is not generously giving her time to various charities, Jenn enjoys literature, music, theater, walking and exploring life, side by side with Ofir.

“Every day rapidly rolls into the next, especially the last couple of years or so,” she states.

On a recent trip to Florida to visit her parents and grandmother, the family’s life dramatically changed for the worse.

“The morning after we arrived, my dad looked at me and said, “I don’t remember yesterday,” recalls Jenn sadly, as the sudden change in her father’s memory seemed to happen overnight.

Three weeks prior, Jenn’s parents had been vacationing in Costa Rica with her and her husband for two weeks. 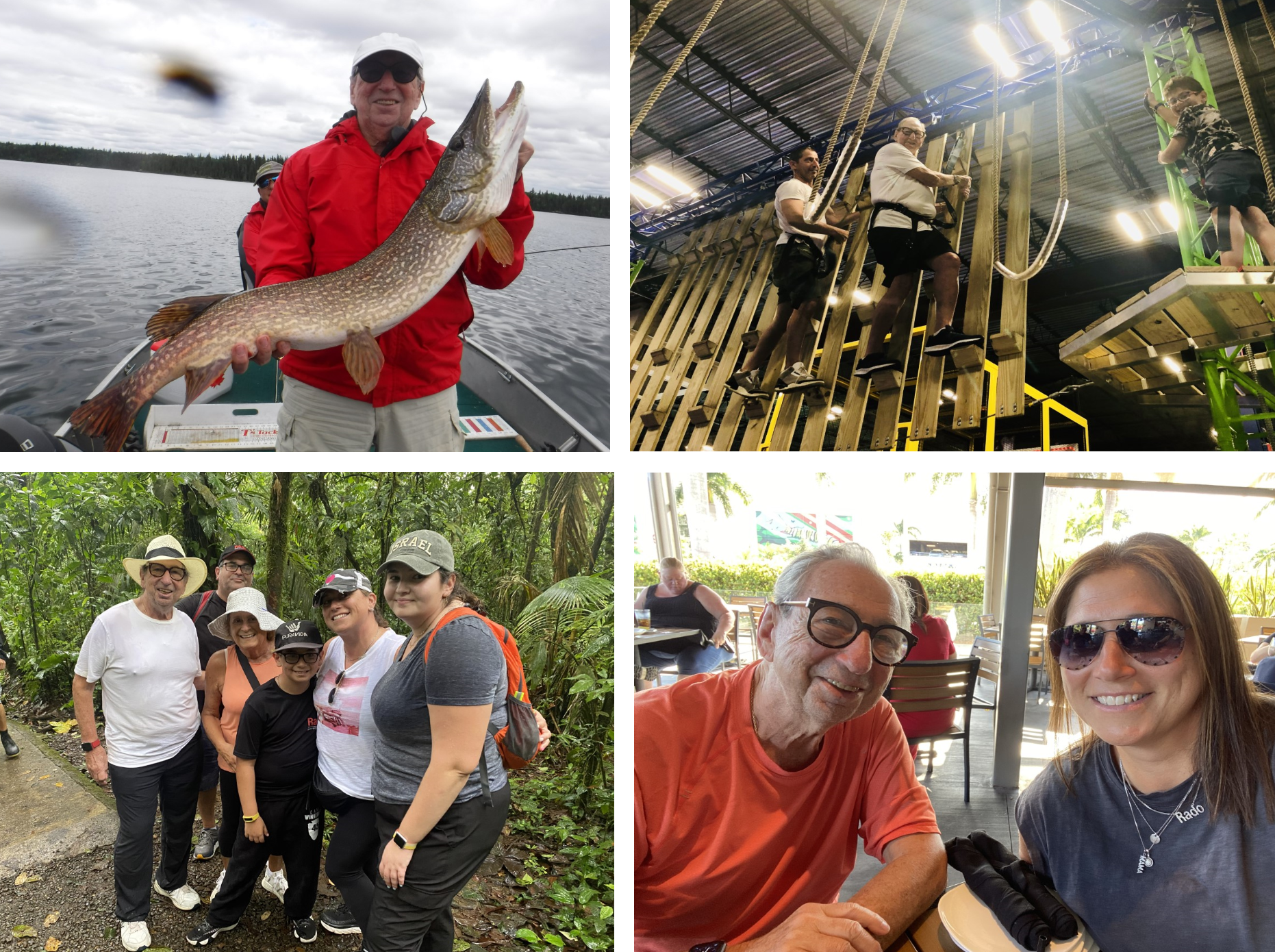 “Dad hiked the rainforest, rode a horse, drove an ATV, and swam in the ocean. He lived life to the fullest!” Jenn exclaims.

She describes this experience as the toughest and the most emotionally grueling time of her life.

“Although it was more of a working theory than a diagnosis, my dad thought he would die soon, and he said his goodbyes. It was the longest six months in history,” Jenn says.

“My dad was the go-to guy, whether it was picking our kids up from school or taking them to karate, the answer was yes. He would go anywhere or do anything. So, when he needed me, I was there.”

Originally, the growth was thought to be a glioblastoma, which is a fatal brain cancer. Because the family was in Florida at the time of diagnosis, their insurance would not cover the biopsy, along with other necessary tests and procedures. The family consulted with many doctors, social workers, physical and occupational therapists.

The information to process and manage seemed endless.

“Everything seemed so slow. We were denied the medication they wanted to give him, and when we went to re-apply for a second medication, we were denied at that time as well,” Jenn says. 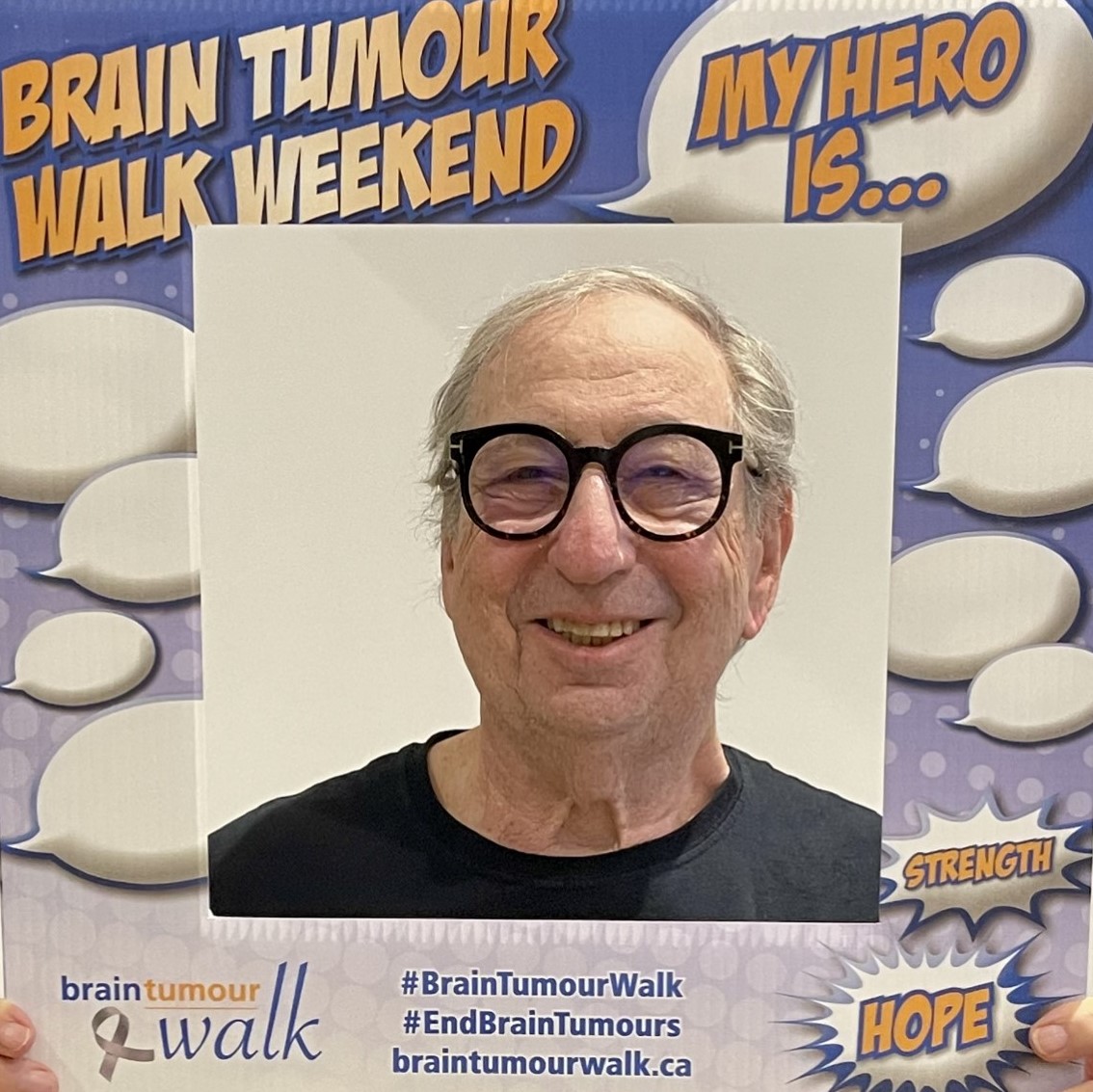 “We couldn’t even get him home! The insurance hurdle was unbelievable, but my brother is a personal injury lawyer in Toronto. He knows about insurance, and he told me to get the information in writing after speaking to a doctor.”

She also became a strong emotional support for her mother, who was watching Jenn’s son at the time of diagnosis.

Ofir Radovitzky’s role in her father’s life is very impactful, influential, and inspirational.

“My brothers lovingly refer to him as dad’s favorite son. Ofir’s family lives in Israel, but his father suddenly passed away this June,” she states.

“My family is his family.”

As the family rallied together, collectively they were able to provide her father with what essentials he needed, such as an adjustable bed. Last September, the Radovitzky family moved into a new home. Four months later, Jenn’s parents moved in and lived with them until Victoria Day weekend.

“I’m so lucky my husband is a builder. We put an elevator in this house, in case my or my husband’s parents needed it. While my mom is still in good shape, my dad was barely walking, never mind the stairs. That’s what you do because my parents always looked after us,” she states.

She describes her 101-year-old grandmother’s influence as “remarkable”, demonstrating the resilience and values that have helped her through difficult times. 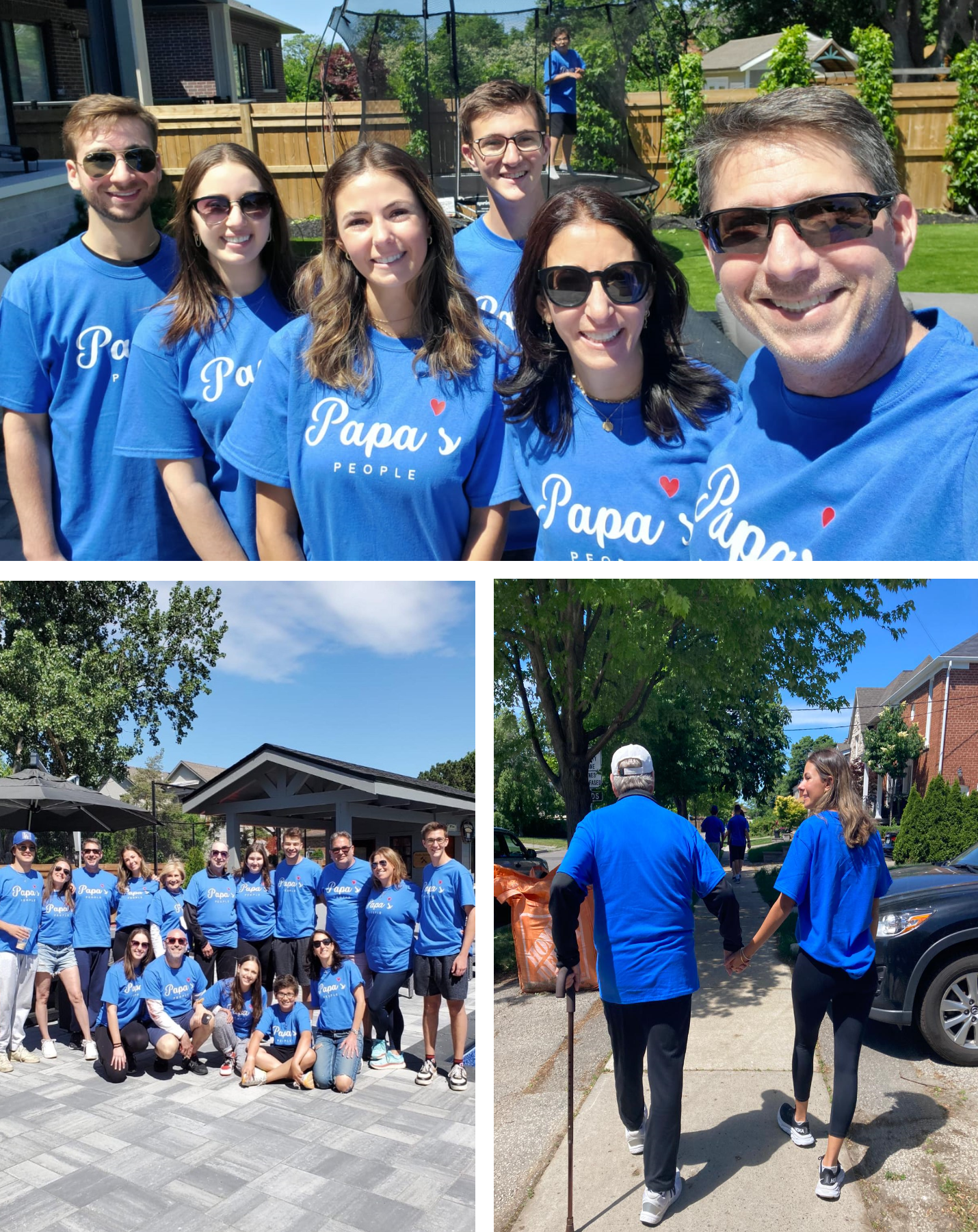 Jenn appreciates the role her own parents have played in creating the dynamics and importance of family being united.

“We try to make sure our kids understand how blessed they are. I’m proud of my son as he prioritizes his own grandparents on the top of his list. I did something right!” chuckles Jenn.

Her father’s cancer turned out to be brain lymphoma. While he is still in the beginning stages of treatment, the family has already learned there is a desperate need for a cure.

Jenn was proactive in searching for resources that would benefit her father.

“It was a quick Google search of ‘Is there a brain cancer foundation in Toronto?’ I saw there was a walk, and it was associated with Brain Tumour Foundation of Canada. There is nothing we wouldn’t do for our dad and papa,” she advocates.

Brain tumours have now become a part of Jenn and her family’s life, which is her personal connection to the foundation.

“We had shirts made and were able to go on a team walk. Every little bit counts. Whether it was a kind word, a few or a lot of dollars, everything helps. It’s about helping other families, whether they are going through what we are, or for prevention,” Jenn states.

She is grateful to her family and friends who have helped fundraise for the cause during this major emotional adjustment in her life. 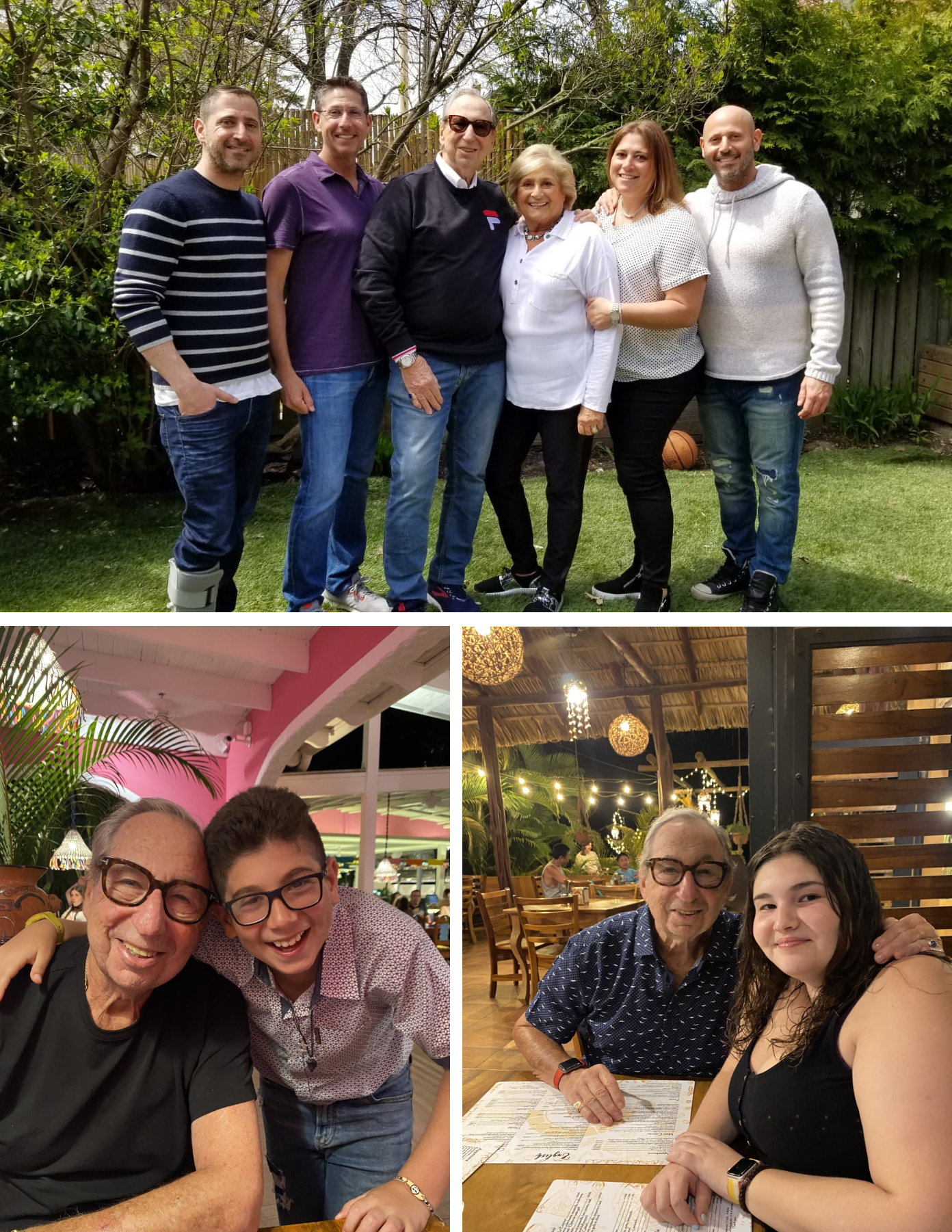 Jenn encourages people to be transparent in their fundraising goals and journey. Her father fights every single day to survive in the hope that one day, there will be a cure!

“If Covid taught us anything, it’s to appreciate every day and the people in it. It feels like I am treading water, hoping that things get better, but I’ve been very blessed.”

Jenn is determined to continue fighting to make sure she is doing the best she can– “to not just live in survival mode, which is where we’ve existed lately in life.”

She defines hope as something one must have in all aspects of their life.

“No matter where you’re at, things can always get better. I think the rainbow is there if you look hard enough. You must keep fighting. There’s always going to be bumps in the road. We’ve really tried to maintain a glass half full mentality. The silver lining will always come through.”