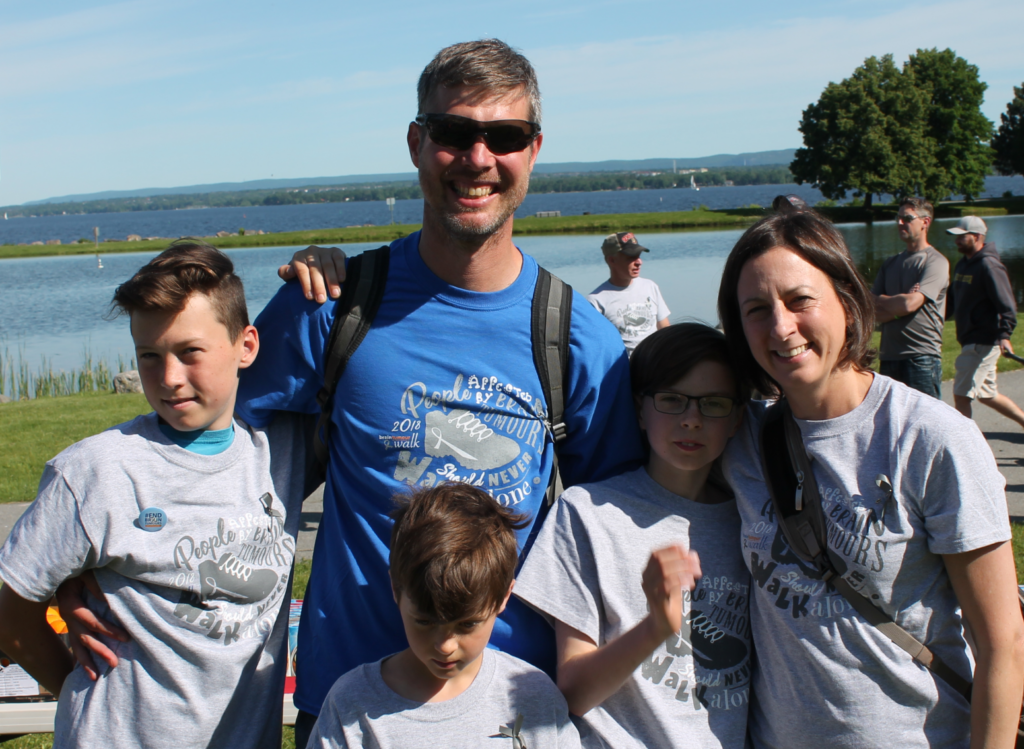 “He was larger than life; in stature, personality, and his impact on others, and is deeply missed by his family, colleagues and friends,” Sarah Orsini lovingly remembers of her husband, Chris Moore.

He encouraged and inspired others to share in his passions. Chris felt most at home outdoors and always keen to try new adventures. He pushed his limits while camping, portaging, cycling, or playing ultimate frisbee.

In January 2017, after suffering increasingly strong headaches, he was diagnosed with glioblastoma, a terminal brain cancer. He was given nine to fourteen months to live. 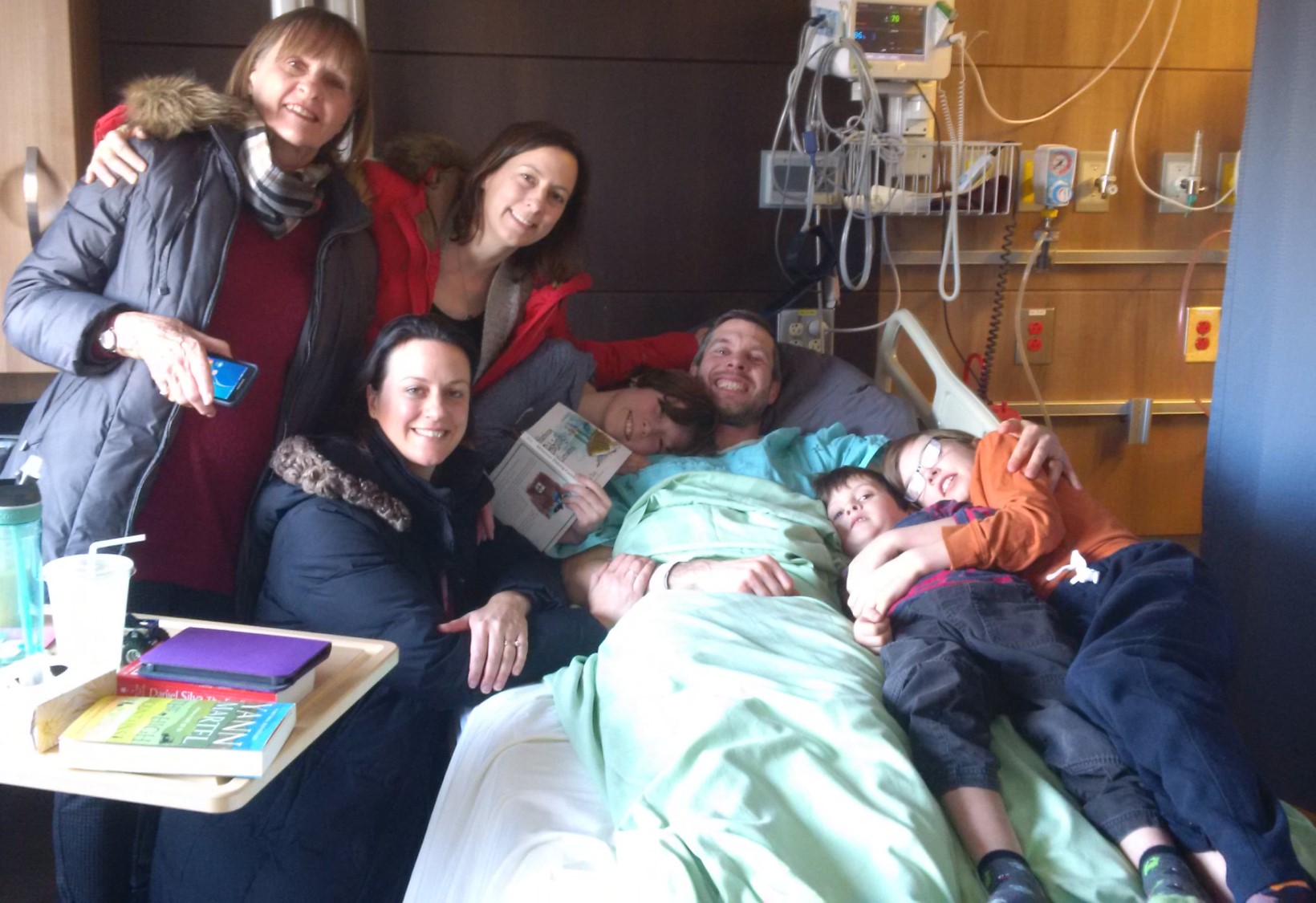 “The diagnosis was a huge shock to everyone involved, and it happened very suddenly. For someone who lived such a healthy lifestyle and was so fit and strong, it didn’t make sense. It was drastic and devastating,” she reflects.

Their family’s journey would last 27 months, and during that time they didn’t dwell on the outcome. They lived every moment to the fullest, and continually created everlasting memories with their three young boys, Nathan, Jeremy, and Trevor.

“It’s not a journey anyone would choose to be on, but as we were on it, I think we survived and dealt with it in the best way possible,” Sarah expresses.

Chris had a total of three brain surgeries and each time, a section of his affected brain was removed.

“We were extremely fortunate in that after the first two surgeries, he recovered very quickly. He could do everything he had done before, with little to no side effects,” explains Sarah.

In the autumn following his third surgery, however, he suffered a minor stroke which severely weakened his left side.

“He went from not being able to walk, to using a walker, then to using a cane. He worked hard at his mobility, and it improved quite a bit in a few months. The kids even helped him with his physio exercises,” remembers Sarah.

The family always dreamed of winter camping. That December, friends of the family had rented a hut in beautiful Gatineau, Quebec, and asked if they wanted to join for the weekend. The catch was you had to ski or walk in with all your gear. By that point, Chris could barely walk around the mall with his cane – let alone three kilometers in the snow, to a cabin in -20-degree weather. 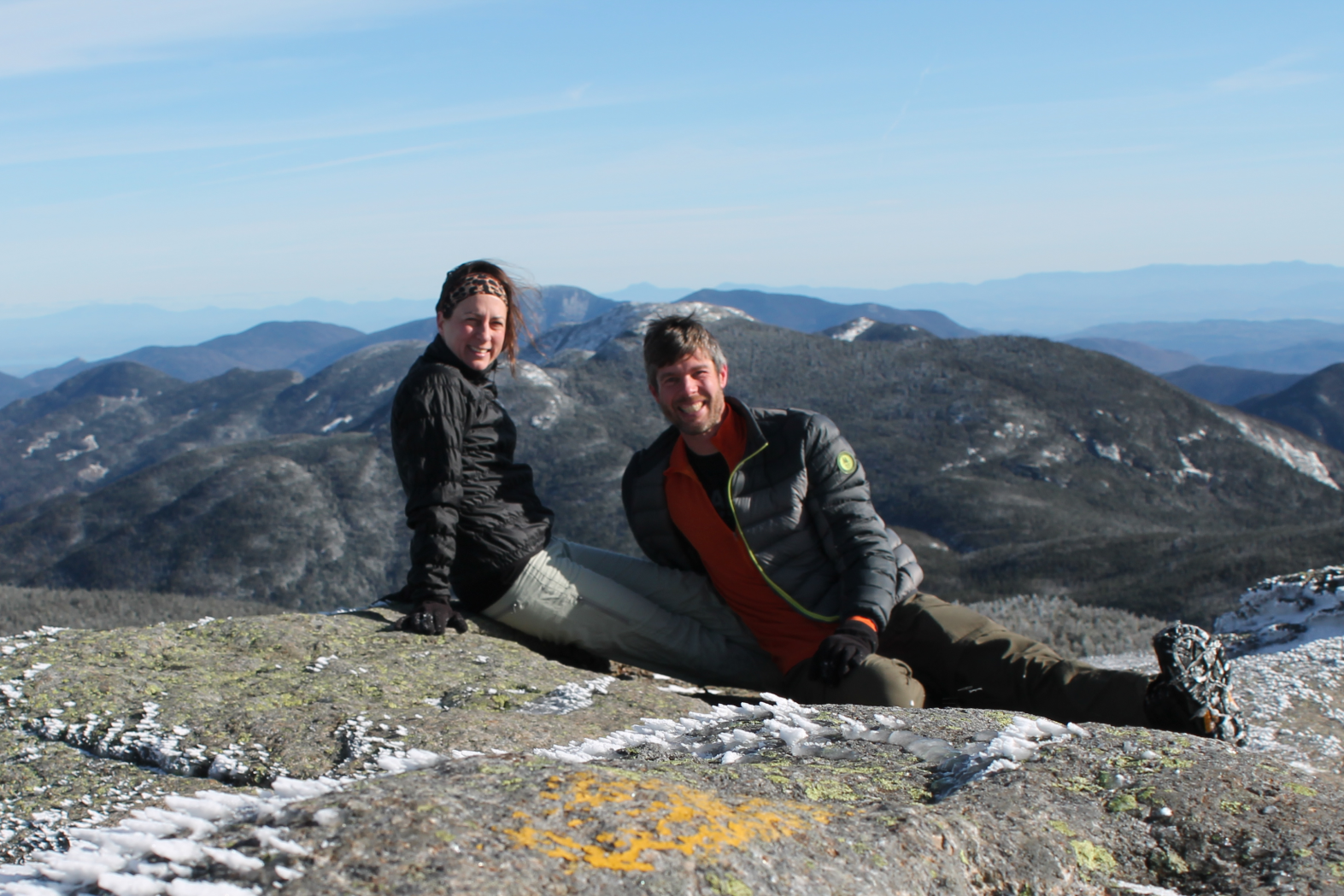 “Chris was determined to have this experience with the family, so I packed up our gear in four backpacks. The kids skied with our friends with their backpacks, and Chris alternated shuffling slowly with his cane. On the slight downhills, I pulled him on a small plastic sled while carrying my backpack. We must have looked hilarious as he was way too tall for the sled! It took a long time, but eventually we got to the cabin, and it was an amazing family experience,” shares Sarah. “Looking back, I have no idea how we managed. There was one point where Chris fell into the deep snow, and I struggled to pull him back up. Somehow it all worked out and we had a lot of laughs along the way,” she giggles.

Then in the winter, they received the news they were dreading. There was nothing more that could be done; Chris’ tumour was growing, and he only had a few more months to live. At that point, his mobility started to decline again. He went back to a walker, then a wheelchair.

“Telling the three boys that their dad was going to die soon was by far the hardest thing I’ve ever had to do. I felt sick to my stomach and could barely get the words out. Chris and I told them together. It was heartbreaking.”

During those last few months, Sarah learned to be a personal support worker for Chris, as he steadily declined. “Near the end when he couldn’t move on his own, I had to learn how to change the bed with him on it,” Sarah remembers.

At that time, she was also responsible for the children, family dog, and her career. Sarah devoted countless hours to maintaining Chris’ comfort and dignity.

“I believe in the power of positivity and human spirit pulling us through, even in the face of huge obstacles. It was an absolute honour to care for him at the end of his life and I wouldn’t have had it any other way. I feel so lucky to have been able to keep him comfortably at home until his last breath.” Sarah states.

“We had so many great experiences and positive connections with people. There was a constant stream of visitors in our house every day during those last months; from colleagues to friends to family, Chris was never alone,” Sarah says.

At Chris’s first oncology appointment, his doctor gave him and Sarah many resources. He was the first to have heard of and connected with Brain Tumour Foundation of Canada.

“Of course, we jumped in and tried them all out. That was the kind of person Chris was, he investigated all the resources and took what he could from each of them,” says Sarah.

“They really enjoyed that. It was a very important way for them to feel connected to others going through the same difficult situation. Before Chris had his third surgery, he had volunteered to be the facilitator of the group, but unfortunately, he couldn’t, due to his stroke. He was just about to head off for the training,” explains Sarah.

This did not stop Chris from becoming deeply involved and connected with the group. Throughout the two-year ordeal, he held onto his strength and positivity. 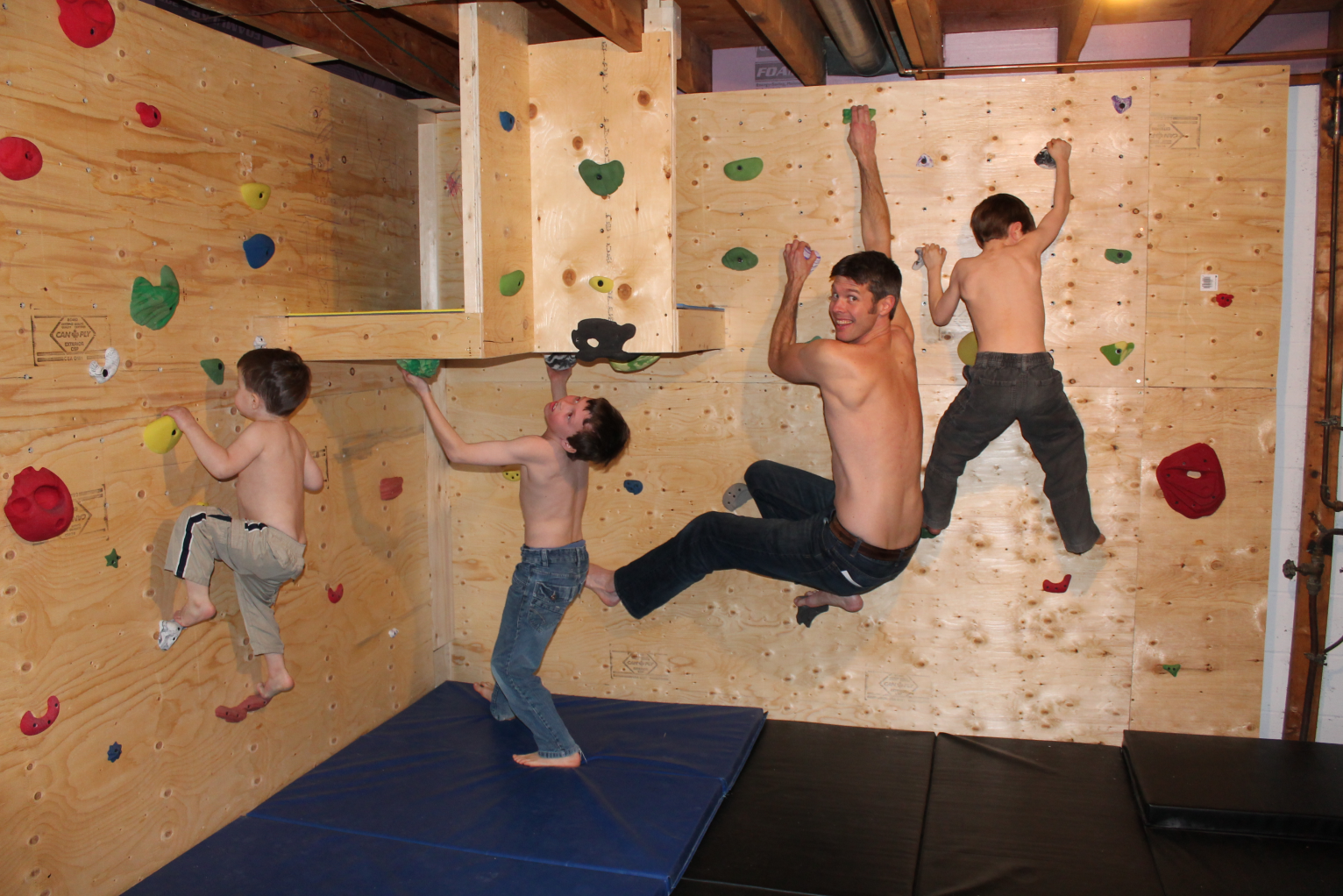 “Chris was one of those pranksters, and a fun-loving person in the office who got along with everyone. There was one group of women called the ‘Young Hot Ladies’, who did all sorts of things together. He always loved the ‘YHL’ acronym because it was based on a fun group of people. When he found out about the Ottawa Brain Tumour Walk, he named his team Yippee Happy Liveliness, using those letters,” Sarah says with a smile.

Since 2017, Team Yippee Happy Liveliness has been participating in the annual Ottawa Brain Tumour Walk. Each year since then, their team has been within the top in Canada in terms of funds raised. The event provides Sarah and her family the opportunity to continue Chris’ legacy through showing support for the cause.

They created team t-shirts and have connected to his colleagues and support group participants, meeting them at events.

“Our family continues to live through the same values of positivity and putting good into the world. That’s what we put on our t-shirts. The walk continues to be a great way for everyone connected to Chris to get together and support each other. They are such positive, supportive events. It’s a great cause with great people running it!” she expresses proudly.

“It’s how you live your life that’s the most important!” She is grateful for her huge support network of friends and family.

“Although they knew they couldn’t fix the given situation, they all jumped in and were happy to be involved in something positive,” she remembers, describing the journey as powerful. 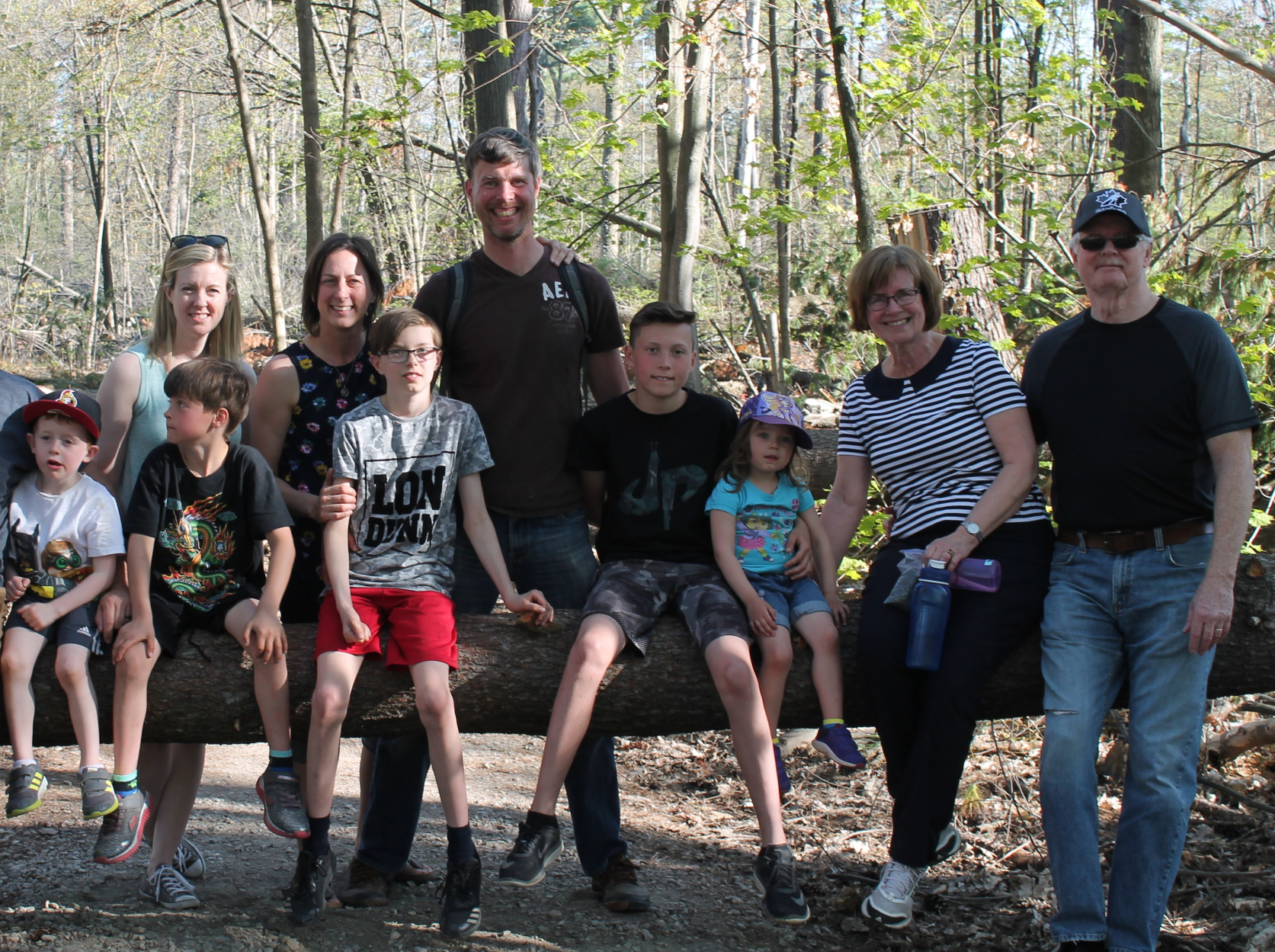 “When you see the end of life for someone who is very fit and in shape, not much can shake or phase you after that. You see what’s important.”

Chris Moore’s journey with brain cancer ended on April 25, 2019. He died at home, surrounded by family and friends.

“He was trying to train our dog Benson as a reading therapy dog, one month before he passed away. Right to the end, he was trying to contribute to the world,” Sarah says.

Today, Sarah works as a consultant for the federal government in change management. She continues to share Chris’ love of the outdoors and nature and that’s where she’s most at peace.

Sarah also remains connected to her community church, enjoys reading spiritual texts, listens to Oprah’s interviews, and is extremely proud of her family and children.

“I listen to spiritual speakers to get inspired; I’m much more spiritual than religious. I let go of control and surrender to life as it flows. I am happy with my profession and my work. My kids are such amazing, strong people. They have come through everything so well. I couldn’t be prouder,” she beams.

She says that Brain Tumour Foundation of Canada had a major, positive impact on Chris’ journey with the disease.

“There are so many different pieces to it, with the research and support. Honoring people’s stories is very important. It’s about giving them a chance to see how different individuals have journeyed through difficult times,” she explains. 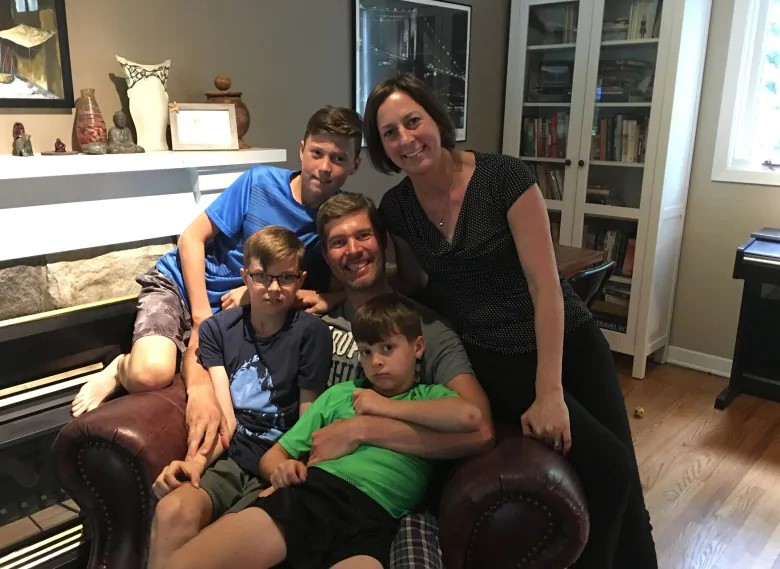 For Sarah, hope means not living in fear or worrying. “It’s knowing good things will come, even if they’re not here now– and to just let it go. Destiny is not a matter of chance, it’s a matter of choice.” Sarah and Team Yippee Happy Liveliness walk with a united goal– to see an end to brain tumours, and to make significant advancements in research and education.

She encourages others to tell their story, appreciating the impact the 2022 Brain Tumour Walk participants had in honouring Chris’ memory.

“It’s an opportunity to come together across Canada, to celebrate and remember the heroes in our lives. You can make it possible for people affected by a brain tumour to live longer, better and with hope,” expresses Sarah.